Recent demonstration of immune responses to Cas proteins identify a critical risk in the eventual clinical application of Cas-mediated gene editing. In the accompanying paper we extend these findings by identifying promiscuous T-cell epitopes on Cas9 derived from Staphylococcus aureus. 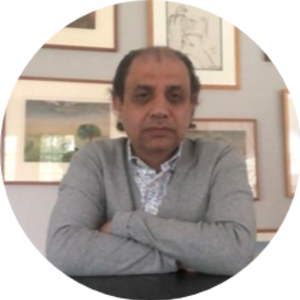 In the last few decades, several tools have been developed to edit genes. The most powerful of these exploits clustered regularly interspaced short palindromic repeats (CRISPR) and a CRISPR-associated protein (Cas). The CRISPR/Cas system uses a guide RNA to direct the Cas protein to the specific location on the genome where gene editing is required. The Cas protein is a nuclease which creates a double stranded cut at the specific location. This technology has proved immensely useful in interrogating biological events and gaining a detailed understanding of genes and pathways. The potential clinical applications of the CRISPR/Cas system hold immense promise in curing monogenetic diseases and treating and/or managing complex diseases such as cancer. The translation of CRISPR/Cas system to in vivo clinical use requires that the safety of patients is not compromised. For many years the off-target effects of the CRISPR/Cas technology was the primary safety concern. More recently immune responses to Cas proteins has emerged as an issue that could compromise the safety of patients and reduce the effectiveness of gene editing.

In previous studies we [1] and others [2-4] focused on Cas9 proteins derived from Staphylococcus aureus and Streptococcus pyrogens as these Cas proteins are entering clinical trials in humans. These studies showed the presence of pre-existing anti-Cas9 antibodies and T-cell responses to Cas9 proteins in many healthy human subjects. This was not a surprising finding. Staphylococcus aureus is a commensal bacterium commonly found on human skin and Streptococcus pyrogens is the common pathogen that causes “strep throat”. Much of the human population has thus been exposed to these bacteria and is likely to have developed immunity to the proteins produced by these bacteria. While these findings indicate that Cas9 used in vivo could elicit an immune response there is currently no evidence (from the limited amount of clinical data available) that such reactions either affect the efficacy of gene editing or cause serious adverse events.

Studies with Cas9 immunogenicity are limited but there is considerable experience with proteins that are used in clinical applications.  This experience has taught us that immunogenicity is a key issue that needs to be addressed during drug development and licensure. In this context it is important to understand Cas9 immune responses so that appropriate science-based risk assessments can be made. In our study, “Cas9 derived peptides presented by MHC Class II that elicit proliferation of CD4+ T-cells“ we have used a combination of techniques to identify peptides derived from Staphylococcus aureus-Cas9 (SaCas9) that are presented by antigen presenting cells (APCs) and elicit proliferation of T cells.

An early step in the sequence of events that leads to an immune response is presentation of peptides derived from a protein-antigen by APCs. These peptides are presented either by Major Histocompatibility Complex Class I (MHC-I) or Class II (MHC-II) molecules on the surface of APCs. Extracellular proteins are generally internalized by APCs such as dendritic cells (DCs) and presented by MHC-II molecules. Moreover, peptides presented by MHC-I are recognized by CD8+ T-cells, while peptides presented by MHC-II are recognized by CD4+ T-cells. The experimental strategy that we used to identify clinically important epitopes in SaCas9 was developed in the context of this biology.

To identify peptides that were both processed by APCs and presented by MHC-II molecules we used an MHC Associated Peptide Proteomics (MAPPs) Assay. The method involves challenging DCs with the antigen (SaCas9 in our case) in co-culture, isolating the MHC-II proteins along with the bound peptides using immune-affinity chromatography and identifying the peptides bound to the MHC-II by mass spectrometry. A bioinformatics workflow is then used to identify the peptides derived from the SaCas9 protein.

The MAPPs assay allows identification of peptides that are generated by proteolysis in the APCs and presented by the MHC-II proteins. While this is a necessary step in eliciting an immune response, it is not sufficient. The peptide-MHC-II complex needs to be recognized by T-cell receptors on CD4+ T-cells. To identify peptide-MHC-II combinations that elicit T-cell proliferation we used 209 overlapping peptides that span the entire sequence of SaCas9. Peripheral blood mononuclear cells (PBMCs) from a cohort of 20 donors with a distribution of MHC-II alleles comparable to that in the North American population were then challenged with peptide pools to identify the immunodominant regions of SaCas9 protein.

The MAPPs assay identified 26, SaCas9-derived peptides that were presented by MHC-II variants on DCs obtained from a cohort of donors. Of these, 22 peptides also induced T-cell proliferation. That most peptides presented by APCs were recognized by T-cell receptors is not unexpected because SaCas9 is a protein of bacterial origin, i.e., almost completely foreign to human immune systems.

Our study provides important tools for assessing the immunogenicity risk for direct delivery of CRISPR/Cas9 system as a ribonucleoprotein (RNP) complex (Cas9 protein and guide RNA). However, Cas9 is more commonly delivered as a mRNA via a viral or synthetic vector, a scenario that involves peptides presented by MHC-I and activation of CD8+ T-cells. The experimental and computational workflow for such assessments is much more complex and is currently being systematized in our laboratory.

It is also important to emphasize that immunogenicity risk is a combination of the probability of eliciting an immune response and the clinical consequences (if any) of such an immune response. Studies such as the one presented here only address the former question. Our understanding of the consequences of immunogenicity will mature once a critical mass of clinical studies is completed. However, the in vitro and ex vivo methods such as the ones we describe are important in estimating the potential risks of immunogenicity and having mitigation strategies in place if the risks are very high. In addition, promiscuous T-cell epitopes offer targets for protein engineering if such epitopes make gene editing ineffective or too high-risk for some patients.

Disclaimer: Our comments are an informal communication and represent our own best judgement. These comments do not bind or obligate FDA.