Functional human atrial myocytes derived from foetal atrial tissue can be massively expanded via a conditional cell-immortalization method, and used in in vitro models of atrial fibrillation.

For many years, our research group has been using neonatal rat ventricular cardiomyocytes (NRVMs) for our in vitro research into ventricular tachyarrhythmias as these cells maintain their functional properties in culture for at least 6 months [1] in contrast to adult mammalian cardiomyocytes. Moreover, using hearts of newborn rats instead of neonatal mice as starting material for the isolation of ventricular cardiomyocytes yields 4 to 5 times more viable cells per heart. In 2012, we became interested in atrial fibrillation and started to work with neonatal rat atrial cardiomyocytes (NRAMs). Using optogenetically modified NRAMs, we were the first to demonstrate the feasibility of terminating reentrant arrhythmias by light [2]. The NRAMs were also used to investigate the role of the acetylcholine-activated inward-rectifying potassium current (IKACh) in the induction, dynamics and termination of atrial fibrillation [3,4].

A major problem associated with the use of NRAMs to study atrial tachyarrhythmias is the low number of these post-mitotic cells that can be obtained from a single heart (~15-fold less than NRVMs), which forced us to sacrifice many rat pups to obtain sufficient cells for our monolayer studies. This led to the idea to establish lines of NRAMs for our research. Based on previous experiments showing the ability of simian virus 40 (SV40) large T antigen (LT) to immortalize murine atrial cardiomyocytes [5,6], we decided to also employ this oncoprotein for our purpose. However, instead of using a constitutively expressed transgene, the expression of LT (and the other early gene products of SV40) was made conditional on the presence of doxycycline to separate in time cell proliferation from cell differentiation as for many cell types continuous LT expression/cell proliferation negatively affects their functional properties. Consistent with this notion, several studies have shown a negative effect of continuous LT expression on the differentiation ability of (ventricular) cardiomyocytes [7,8]. Moreover, to minimize the risk of immortalizing other cardiac cell types present in the NRAM preparations, the expression of the LT was driven by a striated muscle-specific promoter. The choice of a cell type-specific promoter to drive LT expression was also intended to ensure that the NRAMs retain some basic gene regulatory circuits of cardiomyocytes during proliferation since the complete loss of cardiac transcriptional hallmarks would cause cessation of transgene expression. This, in turn, would result in loss of cell division precluding the establishment of lines of conditionally immortalized NRAMs.

Approximately 2 weeks after lentiviral vector-mediated LT delivery into primary NRAMs, colonies of proliferating cells started to appear in cultures fed with doxycycline-containing medium suggesting successful immortalization of the cells. At this stage, we were, however, still afraid to have immortalized cardiac fibroblasts or vascular smooth muscle cells present in our starting material or to have largely/completely erased the epigenetic memory of the NRAMs’ original cell identity, which would preclude the spontaneous cardiomyogenic differentiation of the (conditionally) immortalized cells after doxycycline removal. These fears appeared to be unfounded since immunostaining of the cells derived from individual clones for sarcomeric α-actinin and Ki-67 or cardiac troponin T and LT after 9 days of culture in the absence of doxycycline unambiguously demonstrated the formation of well-structured cardiomyocytes in ~10% of the clones (see Figure). These clones were named iAMs, which stands for immortalized Atrial Myocytes. Extensive characterization studies of the iAM clones showed that the cells lost most cardiomyocyte traits and proliferated at a doubling rate of ~2 days in the absence of doxycycline while after doxycycline removal, the cells stopped dividing and spontaneously differentiated into cardiomyocytes with structural and functional properties superior to the differentiated progeny of all existing cardiomyocyte lines [9].

Although the iAMs and hiAMs represent very attractive models for fundamental and translational research into atrial biology and disease, the cells display subtle differences compared to their primary counterparts and in terms of phenotypic maturity are still far away from the brick-shaped atrial myocytes found in adult mammals. Moreover, for studies of ischemic heart disease, heart failure, ventricular tachycardia, sudden cardiac death and cardiotoxicity, one would preferentially like to use conditionally immortalized ventricular myocytes. This raises several interesting questions for future research:

Irrespective of the desire to push the conditional immortalization technology further forward and to generate differentiation-competent lines of additional types of cardiomyocytes, recent experience of us [11,12] and fellow scientists testifies of the utility of iAMs as cardiac research model. We expect this to be even more the case for the hiAMs due to their human origin and therefore higher clinical relevance.

For an animation movie explaining in layman's terms how the hiAMs were generated and what one can do with these cells, see below. 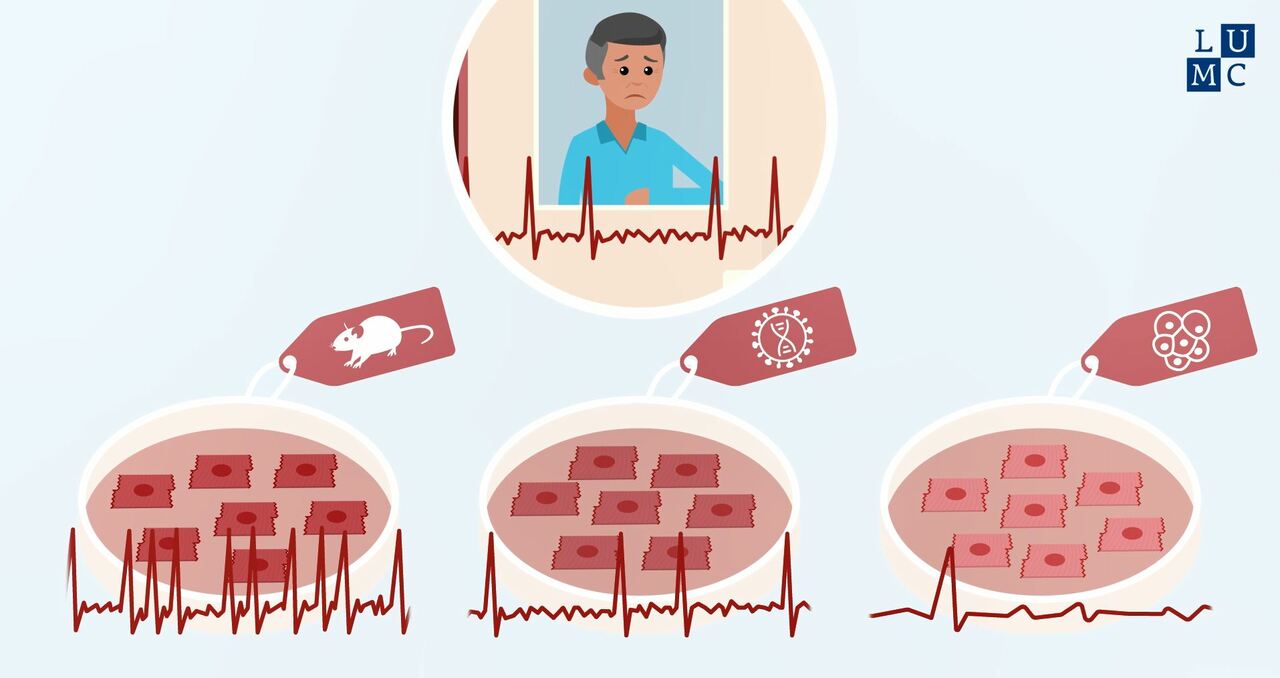