Cumulative tension on the nuclear membrane of aortic fibroblasts resulting from increases in the stiffness of the extracellular matrix transforms transiently activated fibroblasts into fibrosis-driving myofibroblasts with condensed chromatin.

Fibroblast cells within the heart are moody. These cells are sensitive to changes in their local environment and become activated pro-fibrotic cells in the presence of a stiff surface. Most of the time, these cells transiently activate, stepping up to repair any tissue damage before returning to a normal state. In cases of fibrotic diseases, such as aortic valve stenosis, the cells within the heart valve are over achievers- working so hard to repair an injury to the extent that they overwhelm the natural tissue structure, causing it to become stiffer and inflamed, which negatively affects overall heart function. And just like a moody teenager, sometimes these cells don’t forget. In this publication, we used biomaterials capable of changing stiffness in the presence of cells to determine what causes heart valve cells to fail to forget their time on a stiff surface and persist in a pro-fibrotic, activated state. We discovered that heart valve cells have a change in identity from prolonged time on stiff surfaces.

Biomaterials as tissue mimics. We initially created a biomaterial system to recreate the stiffness transitions a heart valve cell would experience during disease to identify cellular changes that exist in persistently activated cells. Using an on-demand stiffening surface that mimics aspects of the heart valve, we observed that cells from a pig heart exposed to stiff surface for 7 days could no longer forget their experiences and return to an inactivated state. Specifically, the DNA architecture was different in these persistently activated valve cells. Going further, we identified that the DNA changes were because of physical forces within the nucleus of the cell rather than being controlled by cellular communication pathways. We also showed that aortic valve tissues from humans with valve disease showed similar DNA organizational changes as our studies in the lab. Our results show that valve cells have altered ability to sense and forget the stiffness cues of their local environments between transient or persistently activated pro-fibrotic cells, or between healthy and diseased patients. 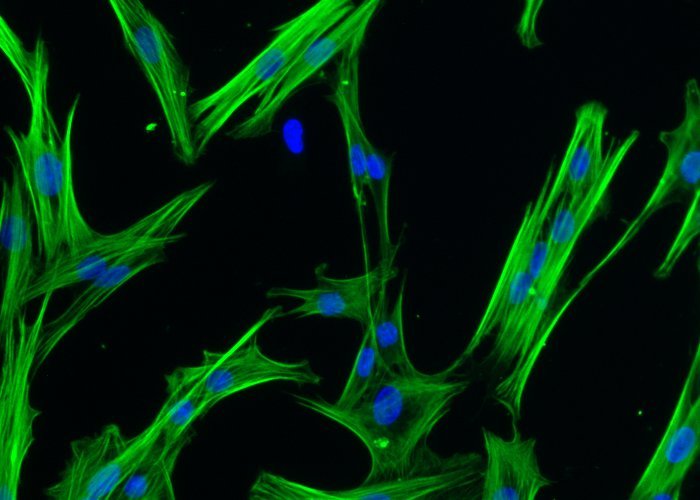