CRISPRi was predicted to be unsuitable for building multistable and dynamic gene circuits. We showed that it is indeed possible to build a CRISPRi-based synthetic oscillator, toggle switch, and stripe pattern-forming circuit.

Proteins are great, but they are not perfect. When you are a synthetic biologist trying to engineer synthetic gene circuits, proteins have some features that may annoy you. Pick your favorite protein repressor. Yes, it probably shows a high specificity, dynamic range and ultrasensitive behavior. But it probably also cross-reacts to some extent with repressors of the same family, is difficult to engineer to bind a different sequence, has a long encoding gene, and challenges the host metabolism when expressed together with other heterologous proteins. What can synthetic biologists do when these limitations hold them back to build the synthetic gene circuits of their dreams?

One possibility is to turn to the trendiest molecular biology tool: CRISPR. Just a single guide RNA (sgRNA) directing dCas9 to the proximity of a promoter suffices to produce a straightforward, highly programmable transcriptional repression known as CRISPR interference (CRISPRi) (Fig. 1). Due to its RNA-guided nature, CRISPRi bypasses many of the limitations of protein-based repressors: sgRNAs are easy to engineer and can be highly orthogonal1, impose less burden on the host2, require short encoding sequences, and can be easily modelled in silico3,4. However, CRISPRi lacks a key feature of many protein repressors: cooperativity, the synergistic interaction of two or more molecular species that render the activity of proteins non-linear, which is in turn critical for the function of multistable and dynamic gene circuits. In other words, CRISPRi cannot be straightforwardly used to build certain gene circuits of interest5-7. Or at least this was the prevalent view…

Fig. 1. CRISPR interference in bacteria. A guide RNA (gRNA) targeting dCas9 to the proximity of a promoter prevents transcription initiation by the RNA polymerase (RNAP).

Since you never fail until you try, and frustrated by the limitations of protein repressors, we decided to give CRISPRi a try. Patterning circuits are among the first and most built synthetic circuits, but surprisingly (or maybe for a reason) nobody had constructed before the popular stripe-pattern-forming incoherent feed forward loop (IFFL) circuit. Given the expertise of our group in IFFLs in E. coli, they looked like a good starting point for bacterial CRISPRi-based circuits. A careful design and lots of optimization later, we managed to construct the first stripe-forming CRISPRi-based IFFL (Fig. 2a). Moreover, we also showed that our CRISPRi-based circuits can be easily combined together with other CRISPRi circuits without cross-reactivity or metabolic impact on the host. This was exemplified by a combination of two stripe-forming IFFLs or an IFFL plus a double inverter working in parallel but independently within the same cellular environment.

Fig. 2. CRISPRi-based synthetic circuits. (a) CRISPRi-based IFFL, which forms a stripe pattern in space. (b) The CRISPRlator, a CRISPRi clock that oscillates every 10-12h. (c) The CRISPRi toggle switch, a bistable switch.

Why stop there? The success with the IFFL prompted us to try a very similar design (just the orientation of one interaction inverted), yet with a very different behavior: a ring oscillator of repression interactions (repressilator), which works as a molecular clock by generating oscillations over time. This particular circuit was predicted to be unachievable by CRISPRi without any special tricks5,6.But, to our amazement, the very first design tested displayed robust oscillations! We were so excited that we even gave it a name: the CRISPRlator (Fig. 2b).

The genetic toggle switch was another flagship circuit predicted to fail with simple CRISPRi5-7. And, of course, we tried. After testing different conceptual designs and fine tuning the most promising one, we succeeded to construct a CRISPRi-based toggle switch as well (Fig. 2c). What a paradox: usually experiments that should work fail, but in our case the experiments expected to fail worked! A luxury problem to have! To get some insight into the potential reasons behind, we collaborated with the Stelling group, whose mathematical model suggests that the weak but frequent binding of dCas9 to PAM sites is key for bistability in our CRISPRi toggle switch.

Our work thus demonstrates the wide applicability of CRISPRi in synthetic circuits and paves the way for future efforts towards engineering more complex synthetic networks. And it also shows that sometimes, even with little hope, you just need to give it a try! 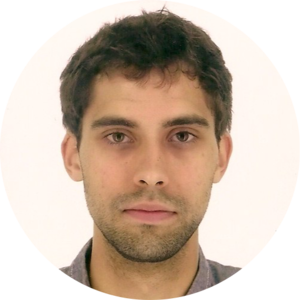