The early results are in, and Synthetic Biotics are showing their potential to change the lives of patients with phenylketonuria (PKU). Here we describe how to make them better.

It wasn’t that long ago that the idea of using living strains of genetically engineered bacteria to treat human disease seemed like science-fiction.  But that was Synlogic’s goal when I started with the company as employee number 3 just over 7 years ago.  Since that time, we’ve grown to nearly 100 in size.  We’ve had our ups and downs just like any start-up, but the important thing was that we were, and continue to be, fully committed to the challenge that comes with bringing a new therapeutic modality to patients with high unmet need.  Can we construct these organisms? Will they be active in vivo?  Even if they are, can we manufacture them at scale?  What will the regulatory agencies say?  Will they even let us dose these things to human beings? This was some of the collective thinking from those of us present in the earliest days, but in what’s been a relatively short amount of time we’ve constructed numerous engineered strains with novel function, filed several INDs, and robustly manufactured multiple clinical strains at scale, and now we’re seeing the payoff – clinical data showing significant therapeutic benefit in actual human patients.

One of the first disease areas investigated when Synlogic was founded was Phenylketonuria (PKU), a rare genetic disorder in which patients are unable to process the essential amino acid phenylalanine (Phe).  Accumulation of Phe in these patients is toxic and can lead to severe and irreversible mental impairment.  To combat this, patients are forced to restrict their intake of natural protein, supplementing their diet with a prescription formula containing amino acids lacking Phe.  I’ve personally tried this formula, and although individual opinions vary, I can best describe its taste as a mixture of ground up chalk with a pinch of salt.  While I’ve only tasted it once, PKU patients have to drink this throughout the day, every day.  When meeting with a parent of a child with PKU I still remember being struck by their remark that allowing their little one to eat a regular piece of bread per day would be “life-changing.” Obviously there remains a significant unmet need for better therapies.

Interestingly, some decades back, Thomas Chang and Colin Lister had quietly disrupted the classical concept of mammalian amino acid dynamics.  In a nutshell, they showed that systemic amino acids (i.e. those in the blood and tissue), including Phe, are accessible for removal from within the GI tract through a process termed enterorecirculation1. Bacteria are certainly well suited to function in the GI tract, many have evolved to operate there after all.  So we set out to use tools of synthetic biology to construct a probiotic bacterium that could degrade Phe into non-toxic metabolites (Described in Figure 1).  Escherichia coli Nissle 1917 was used as the chassis organism for this construction owing to its favorable safety profile and use as an over-the-counter probiotic.  It also helped that E. coli was a lot easier to genetically manipulate than most other members of the microbiota. The culmination of this initial work was published in Nature Biotechnology in 2018 with the unveiling of the clinical candidate strain SYNB16182.  Here we demonstrated a significant lowering of plasma Phe in mice with PKU.

Instrumental in advancing the program was the identification of strain-specific biomarkers that allowed us to monitor and quantify SYNB1618 activity in vivo. Our Phase 1 trial to assess strain safety would be performed in healthy volunteers, who unlike PKU patients have well-controlled plasma Phe.  If measuring Phe lowering wasn’t possible, how would we know if SYNB1618 was performing as expected? Luckily we were able to simulate a healthy human population in a series of non-human primate (NHP) studies, where we showed that we could intercept a dietary Phe challenge and that strain activity could be measured in a dose-responsive manner through recovery of these biomarkers2.  These studies helped shape the subsequent Phase 1 clinical trial, which mirrored the results demonstrated in NHPs.3  Obviously it’s also important to mention that SYNB1618 was found to be safe and well-tolerated.  With these data in hand, we were ready to move on to Phase 2.

Concurrent with Phase 2 initiation, our synthetic biology group was challenged to create a next generation strain with enhanced Phe-lowering potential.  We sought to push the limits of what could be achieved by a Synthetic Biotic with regards to Phe degradation.  SYNB1618 was built with relatively little resource – myself and a few other key individuals within Synlogic had all chipped in to develop ideas, tools, and assays for strain construction and testing.  With all that was learned from our platform, and given more time, we were sure we could find ways to improve SYNB1618’s activity.  But we quickly realized that our starting point was at the plateau of diminishing returns. All the easy wins to improve the Phe-degrading potential of strains had seemingly been discovered during SYNB1618 construction.  It was clear that if we were going to improve the strain it was going to take a different kind of approach.

That’s when we came across a small local company, enEvolv (since acquired by Zymergen), who described a transformative technology that could potentially help us to improve the activity of the Phe-degrading PAL enzyme found in SYNB1618.  Kristin Adolfsen, the lead author of this most recent work and well versed in the technology, led the discovery efforts.  She, along with the PAL engineering team, designed, built, screened, and tested countless PAL-expressing strain variants.  Kristin’s take on the project is given below:

- “This PAL was a particularly challenging enzyme to engineer. In parallel to the development of our sensor screening strategy, subsets of single mutations and full-length enzyme designs were tested clonally. Most of the mutations, even ones that were frequently seen within the larger phenylalanine ammonia lyase family and expected to be stabilizing, reduced or completely eliminated enzyme activity. Beyond that, layering beneficial mutations often led to a reduction in enzyme activity, a phenomenon known as epistasis. Essentially, sometimes in enzyme engineering, 2 + 2 = 1. It was clear early on that we would need to cast a very large net, and screen library sizes that are just not accessible even with automated screening pipelines. Biosensors enabled us to screen enzyme libraries exceeding 1 million unique variants, totaling more than 20 million in all, ultimately leading to the successful two-fold improvement described in the paper.” – Kristin Adolfsen, Zymergen Inc.

Thanks to the tireless efforts of folks from both companies, we were able to construct the optimized clinical candidate strain SYNB1934 and advance it to the clinic.

We are currently in a unique and remarkable position where the preclinical studies described for SYNB1618 and SYNB1934 have been translationally validated by our recently reported clinical trials (see: Synlogic Press Release).  Interim analysis of Phase 2 data has demonstrated clinically meaningful reductions in Phe levels in PKU patients treated with SYNB1618, including a 20% reduction in fasting plasma Phe and a 40% reduction in labeled plasma Phe following dietary challenge. Simultaneously, SYNB1934, still in Phase 1 of testing, was administered to healthy volunteers in a head-to-head comparison with SYNB1618, where it exhibited the same two-fold increase in biomarker production as observed in the preclinical studies reported in this most recent work.

It was a great sense of validation to see that our preclinical models had matched subsequent observations in human beings.  But those feelings pale in comparison to the knowledge that these engineered microbes hold the potential to change the lives of patients in need.  It’s been a long road traveled so far, and we certainly have a long way to go.  Synthetic Biotic medicines are posed to make great strides in the coming years, and this is just the tip of the iceberg. On to Phase 3. 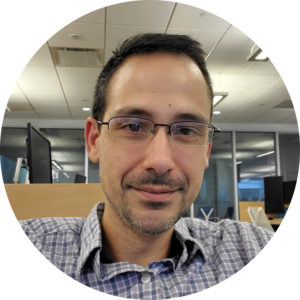