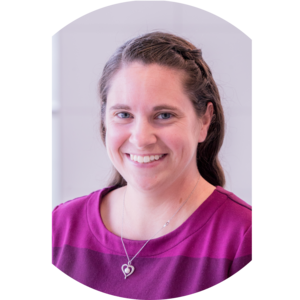 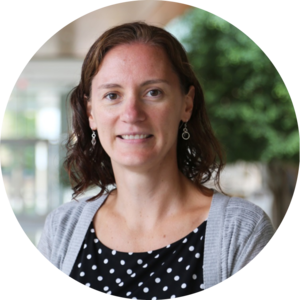 We were first inspired to study immune cells when we read the ground-breaking work by Chang et al. that described a metabolic “switch” in T cells[1].  At the time, Alex was a graduate student in Melissa’s lab and we had recently discovered that autofluorescence signals of cellular metabolism were biomarkers of drug-response in cancer cells[2-4].  We use a metabolic imaging technology that measures the fluorescence properties, intensity and lifetime (how long the fluorophore is excited), of the endogenous molecules reduced adenine dinucleotide (NADH) and flavin adenine dinucleotide (FAD).  NADH and FAD are present in all cells and provide energy for metabolic reactions (Fig. 1).  From the literature of prior studies on NADH and FAD fluorescence (for a comprehensive review, see [5]) and our own work, we knew that imaging of NADH and FAD is dynamically responsive to alterations between cell utilization of glycolysis and oxidative phosphorylation. Chang et al. showed a switch to aerobic glycolysis from oxidative phosphorylation that is required for T cell effector function[1].  Therefore, we hypothesized that autofluorescence imaging of T cells would allow identification of T cells with effector function, “activated T cells”.

After several years of slow progress, we partnered with Dr. Kris Saha and his graduate student Katie Mueller, who work on gene-editing technologies to improve clinical T cell manufacturing.  This partnership was instrumental to our success, Katie isolated human T cells and activated them with a tetrameric antibody (anti-CD2/CD3/CD28) to mimic antigen-dependent stimulation.  We then performed our metabolic imaging technique on the not-activated, or “quiescent”, and activated T cells. We found large changes in the autofluorescence images between the quiescent and activated T cells.  We were expecting a difference in our “optical redox ratio” that changes with alterations in cell utilization of glycolysis and oxidative phosphorylation.  Surprisingly, we also identified changes in the fluorescence lifetimes between quiescent and activated T cells, and notably a large increase in the fraction of free (i.e. not protein-bound) NADH[6].

Encouraged by the large differences in fluorescence between the quiescent and activated T cells, we then asked if we could use our imaging data to build classification models that can accurately determine individual T cell activation status.  We generated logistic regression, support vector machine, and random forest models that predicted individual T cell activation status (quiescent or activated) from the quantified fluorescence imaging variables.  While good classification performance was achieved with all the imaging variables included in the models (accuracy ~97%), almost equivalent performance was achieved with a single variable, the fraction of free NADH.

An advantage of the fluorescence lifetime imaging technique is our ability to quantify data for single cells. We used histogram and heatmap analysis of our data set of >10,000 T cells from 6 donors to understand T cell heterogeneity.  Interestingly, we found T cells cluster by activation status and subtype but not donor, indicating this imaging technology and our classification models are broadly applicable and not donor-specific.  To investigate the differences among T cell subtypes, we identified imaging differences between CD4 (“helper”) T cells and CD8 (cytotoxic) T cells and achieved high accuracy with random forest models for a 4-way classification of quiescent CD4, activated CD4, quiescent CD8, and activated CD8.

Current technologies to detect activation of T cells at the single-cell level require cell destruction (e.g. RNA analysis, intracellular-cytokine labeling) or labeling with a fluorescent antibody or genetic-encoded fluorophore. Due to the non-contact and non-destructive nature of light, our autofluorescence imaging technology overcomes many of the limitations of these existing methods. We hope that this method will be useful in a variety of contexts.  For researchers who study T cells in vitro, this metabolic imaging technique allows live cell imaging, repeated time-course studies of rare or expensive cells, monitoring cell-cell interactions, and multiplexing with subsequent assays. For scientists studying T cells in preclinical models, multiphoton microscopy allows in vivo longitudinal imaging of T cell activation and behavior and can be used to study T cells in infections, wound healing, or cancer tissues without the need for a genetic reporter.  For clinical technicians, this technology provides a quick readout of T cell function and may be useful for immune-cell profiling of limited blood samples, such as those from neonates.  The monitoring and characterization of biomanufactured T cells is increasingly important as these therapies are refined and approved for clinical use.  A label-free fluorescence technique will allow continuous monitoring and/or sorting of optimally activated cells for sample purification or quality control.