Cells have a sweet tooth – they love to eat sugar! Sugar, more specifically glucose, in foods reaches individual cells via blood vessels. After being ‘eaten’ by the cell, glucose is catabolized for production of adenosine triphosphate (ATP) which is the universal biological energy currency. L-Lactate has long been thought of as a waste by-product of this glucose metabolism. However, recent studies have revealed that, contrary to its reputation as a waste product, L-lactate actually plays an important role as an intercellular and interorgan exchangeable fuel source in a range of tissues. Now, lactate matters!

It is commonly said that seeing is believing. But how can researchers ‘see’ lactate, or any other metabolite, in tissues? The answer is to use an indicator molecule that emits a fluorescent signal in the presence of the metabolite. The emerging recognition of the important roles of L-lactate has inspired efforts to develop genetically encoded indicators (also known as biosensors) to visualize L-lactate. Of these biosensors, the Förster resonance energy transfer (FRET)-based biosensor Laconic (https://doi.org/10.1371/journal.pone.0057712) has been the gold standard for monitoring the dynamics of intracellular L-lactate in living tissues. However, one of the limitations of this biosensor is its relatively small signal changes in response to L-lactate. This limited sensitivity could necessitate particularly careful interpretation of the imaging data acquired. Another limitation is that Laconic is only applicable to visualization of intracellular L-lactate, and therefore not applicable to investigations of extracellular L-lactate which is increasingly recognized as playing a key role in metabolism.

In November 2017,  cell biologist Thomas Simmen at University of Alberta contacted us to explain the desperate need for a biosensor of extracellular L-lactate. His strong suggestion, in addition to growing recognition of L-lactate as “ugly duckling”, naturally led us to this idea: we should develop a new user-friendly biosensor that enables to observe the dynamics of extracellular L-lactate with high sensitivity. To achieve this idea, we decided to design a single fluorescent protein (FP)-based biosensor in which a lactate binding protein (LBD) is fused with a green FP (GFP). Single FP-based biosensors, such as the GCaMP Ca2+ biosensors, typically enable target detection with higher sensitivity than FRET-based biosensors (please see our paper in detail, https://doi.org/10.1038/s41589-020-00718-x). Based on this design, we constructed a prototype biosensor in which GFP is inserted into LBD in a specific site. The response of this prototype to L-lactate was too small to serve as L-lactate biosensor. However, extensive directed evolution dramatically improved the response and finally led to an L-lactate biosensor designated eLACCO1 (extracellular L-lactate indicator version 1, Figure 1). We were very excited that purified eLACCO1 protein showed high sensitivity to L-lactate. 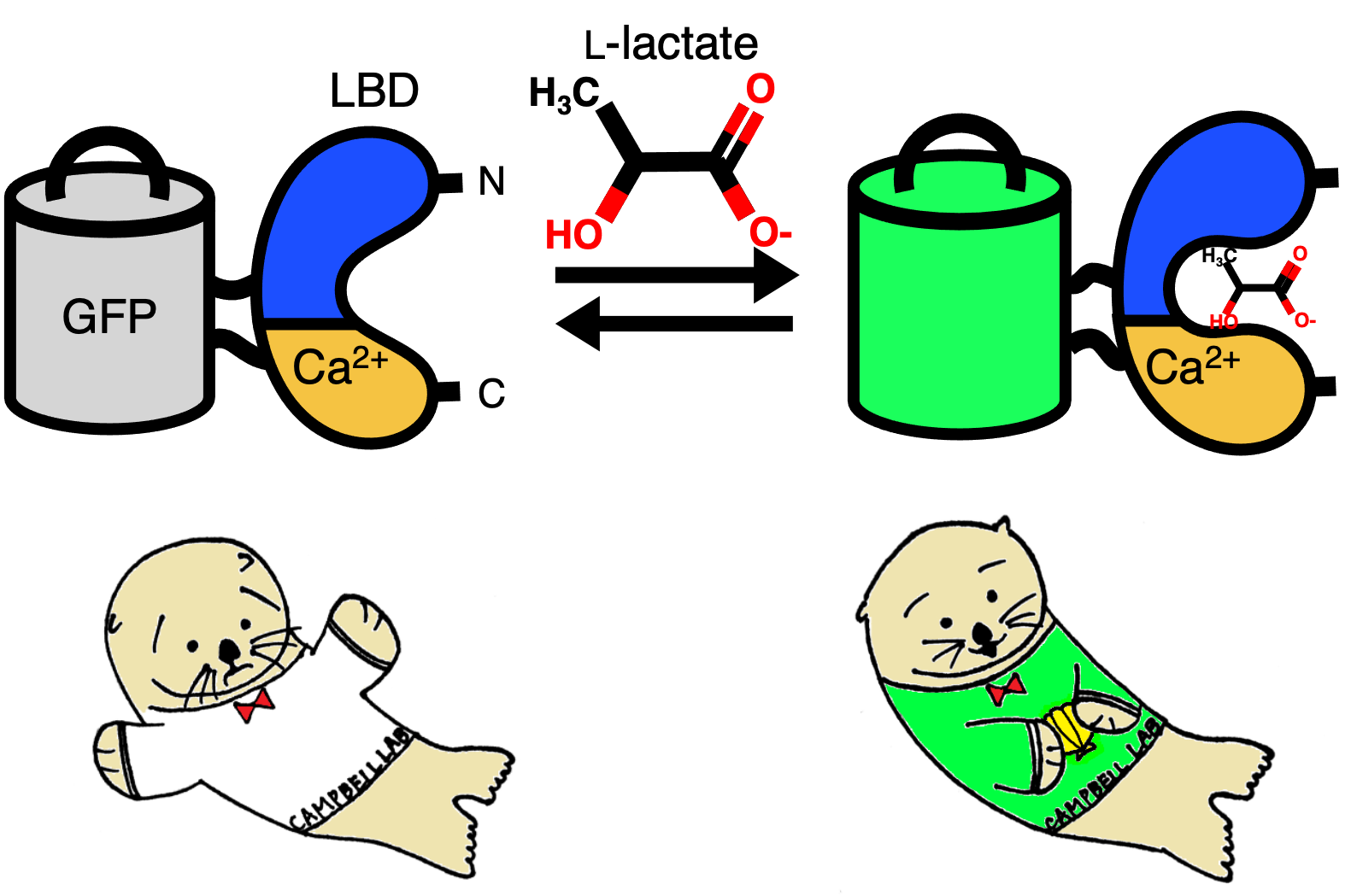 Figure 1. Genetically encoded L-lactate biosensor eLACCO1. LACCO means sea otter in Japanese! This continues a tradition in which some biosensors are given names that are similar to those of certain animals. Pericam (pelican) and camgaroo (kangaroo) are two other examples. The cartoon sea otters (bottom) were drawn by alumna Mina Yamane. Here, the sea shell represents L-lactate.

To visualize extracellular target, a biosensor needs to be localized on the cell surface. Achieving this with eLACCO1 was one of the major challenges of this work. We first used pDisplay vector, which is most widely used for cell surface expression, to localize eLACCO1 on cell surface. However, this trial resulted in localization of eLACCO1 not on the plasma membrane, but on the intracellular nuclear membrane. When I was struggling to overcome this problem, biophysics researcher Hideaki Yoshimura at the University of Tokyo suggested to use another approach: glycosylphosphatidylinositol (GPI) anchor. pDisplay bears a protein-based anchor that is inserted into cell membrane, while the GPI is a lipid-based anchor. There are relatively few examples of using a GPI anchor for genetically encoded biosensors, but this lipid-based anchor is likely often used in the field of biophysics such as single-molecule imaging. Surprisingly, this approach led to an excellent localization of eLACCO1 on cell surface.

We were very excited to observe the excellent plasma membrane localization of eLACCO1 with a GPI anchor. However, in a classic case of “out of the frying pan and into the fire”, eLACCO1 on cell surface showed little response to extracellular L-lactate. We first hypothesized that an interaction between plasma membrane and eLACCO1 could abrogate its L-lactate response by unknown mechanism. To examine this hypothesis, we changed the distance between eLACCO1 and plasma membrane by connecting eLACCO1 and the GPI anchor with linkers with various length, but this trial did not work. One day, we noticed that serum in cell medium contains L-lactate in concentration of ~mM and that the affinity of eLACCO1 to L-lactate is too high to observe extracellular L-lactate. Therefore, we developed a low-affinity variant eLACCO1.1 by rational mutagenesis based on a crystal structure of eLACCO1. Finally, we found that the affinity-tuned variant eLACCO1.1 with a GPI anchor functions as an extracellular L-lactate biosensor in live mammalian cells and rodent brain slices.

To date, Campbell group has reported a variety of Ca2+ biosensors called the “GECO series”, which includes R-GECO, NIR-GECO, and many others. We are happy to add another rhyming “CO”-branded biosensor, eLACCO, to this growing family of biosensors. We anticipate that eLACCO1.1 and further improved variants will open the door to investigation of emerging role of L-lactate in extracellular spaces in live animals.

WHAT SHOULD I BECOME? COLLAGEN RECEPTOR DETERMINES CELL FATE 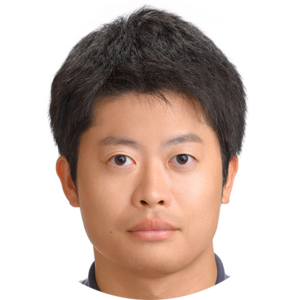 Assistant professor, The University of Tokyo