Legume-based crop rotations have been proposed as a strategy to enhance food production. Here, we conduct a global systematic review showing that legume pre-crops enhance main crop yield by 20% in average, which are mainly driven by nitrogen fertilization and crop diversity.
Jie Zhao and Huadong Zang
2 contributors
Like Liked by Evelina Satkevic and 3 others
0

Crop rotations including legumes have been proposed as a strategy to enhance food production. Here, the authors conduct a global meta-analysis on legume-based crop rotations, showing that legume pre-crops increase 20% of yield in average across various crops and climatic regions.

Unlike other crops, the symbiotic nitrogen fixation of legumes leads to significant advantages for agricultural sustainability across the world. The United Nations declared 2016 as the International Year of Pulses (grain legumes) in light of their major role in addressing future global food security and environmental challenges, as well as contributing to healthy diets. Crop diversification through the inclusion of legumes represents a key strategy for sustainable agriculture.

The long history of legume cultivation in rotations

China has a long history of using legumes to maintain soil fertility for high yield (Fig. 1). Before 300 B.C., Chinese farmers normal recovery arable land soil fertility through fallow practice as recorded in the book ‘Lv Shi Chun Qiu’. The earliest records of legume utilization can be traced back to the Western Jin dynasty (265-316) in the book ‘Guang Zhi’, which summarized vetch-rice rotation in Southern China. About 300 years later, a great agronomist who lived in the Northern Wei dynasty, Sixie Jia, systematically summarized the advanced experience of legumes cultivation in his book ‘Qi Min Yao Shu’. In the early 1900s, Franklin Hiram King firstly introduced legume utilization of China to the world after his trip to Asia. He stressed that legume rotation and multiple cropping are the secrets of long-lasting soil fertility in China. In modern times, chemical fertilizers and pesticides have replaced some functions previously provided by legumes. However, with the concern about the negative environmental consequences, legume-based rotations gained renewed interest among the agricultural research community, farmers, and value chain actors.

Fig. 1 Long history of legume utilization in China as recorded in books and legume research trends in modern times worldwide.

Since crop rotation refers to the recurrent succession of crops on the same piece of land either in a year or over a longer period, variations in soil, climate, management, and experimental factors can significantly influence the yield benefit of legumes. Thus, designing and (re)building legume-based rotations should be adaptable to the existing soil, climatic, and economic factors. Previously we have reviewed the legume-cereal crop rotation systems in China and worldwide1,2. We also synthesized the rotation effect on crop yield in China with meta-analysis3, showing that larger-scale investigations are necessary to identify the yield benefit of legumes. However, how, why, and when the addition of legumes to a cropping system can improve the main crop yield remains uncertain.

Yield benefit of legume-based rotations and its drivers

In 2018, we initially focused on grain legume and cereal rotation, and expand the theme to legume and non-legume rotation in 2020. Thus, we can evaluate the yield advantage of legume-based rotations on a wider range of crops by including additional legumes used for fodder and green manure, and additional main crop categories such as oilseed, fiber, root, and tuber crops. This large and detailed dataset provides the basis for a profound understanding of the legume pre-crop effects, which cannot be drawn from earlier regional meta-analyses.

Averaged across all studies, legumes significantly increased subsequent crop yield by 20.4%4. We further developed a novel way to estimate crop diversity as an integrated index of crop species, functional group, and cropping intensity. By using a machine learning algorithm (a random-forest approach) in the context of a meta-analysis (meta-forest), we found that the legume pre-crop effect was predominantly explained by the crop diversity of initial cropping system. The result showed that increasing crop diversity by 1-unit led to a 3.5% decrease in yield advantages of legume pre-crops.

Our study offers insight into ways for agricultural sustainability and illustrates the critical roles of legumes in yield improvement in low-input and low-diversity farming systems. This further implies the potential of legume inclusion for N fertilization reduction in intensive high-yield cropping systems.

Fig. 2 Main patterns of legume-based rotations we designed and evaluated in three regions of China.

Beyond the meta-analysis, much more effort has been devoted to exploring the mechanism underlying the yield benefit of legume-based rotations. For example, based on the long-term field study of diversified cropping across China (Fig. 2), we found that N rhizodeposition5,6, straw decomposition7,8, water regulation9,10, aggregate stability, and soil carbon sequestration11 were responsible for the yield benefit of legume inclusion. Further mechanisms in terms of soil enzyme and soil microbe are still on the way. 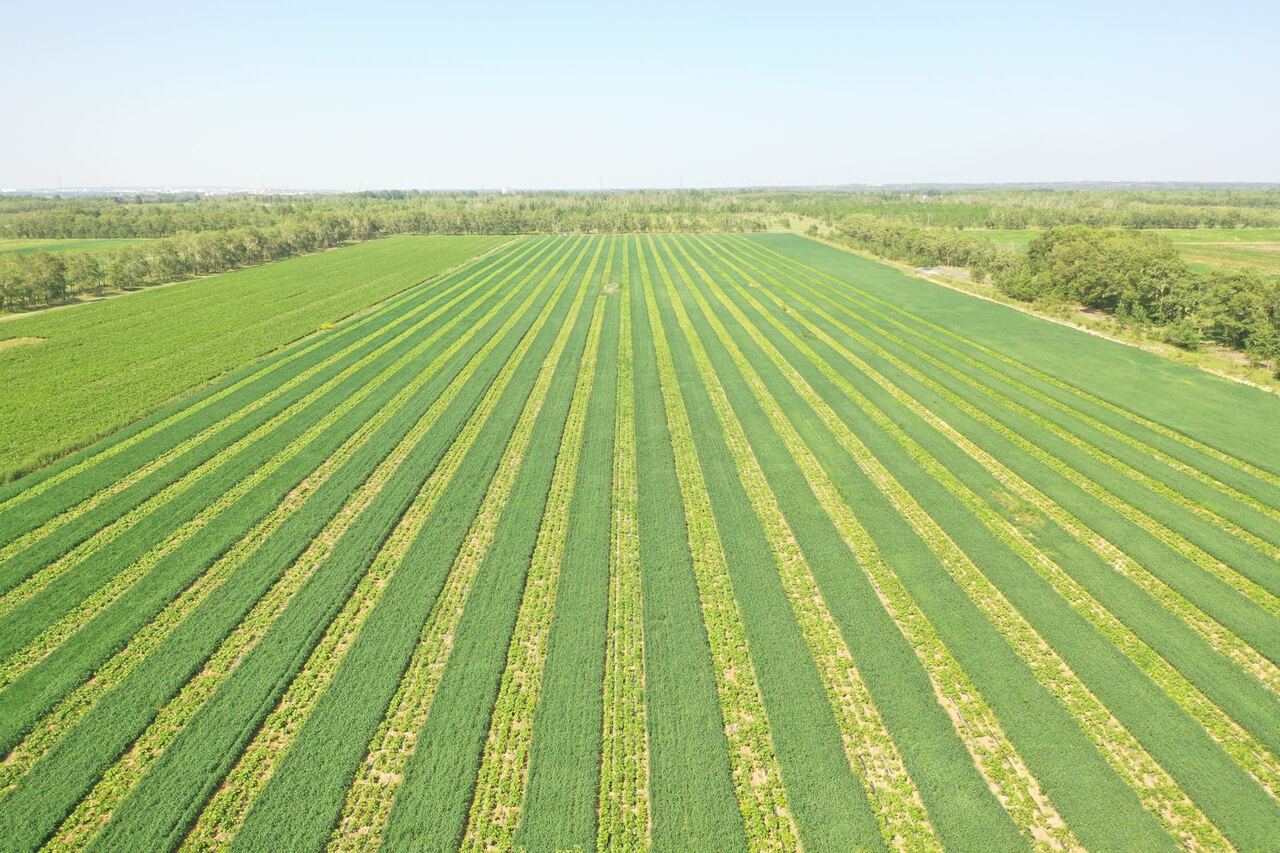 Legume-based crop rotations have been proposed as a strategy to enhance food production. Here, we conduct a global systematic review showing that legume pre-crops enhance main crop yield by 20% in average, which are mainly driven by nitrogen fertilization and crop diversity.