The teacher hides behind everyday life.

As represented by the Sustainable Development Goals (SDGs), we, human beings, are facing many challenges. The crew of Spaceship Earth has predecessors who can help us solve these problems. Living organisms have evolved over a long period of time, through natural selection, to adapt their structures and materials to the harsh environment. The application of imitation of the superior functions and shapes of living organisms in engineering, medical and other fields is called "biomimetics".

For SDG 7: Affordable and clean energy, the use of solar energy is a supreme challenge. The sun’s energy travels to the earth in the form of electromagnetic waves. Radiative transfer is one of the energy transport phenomenon that we feel around us every day. In large scale phenomena, the temperature of the earth is determined by the balance of the energy which is irradiated from the sun and the energy which is emitted from the earth though radiative transfer. Hence, there has been growing research interest in controlling the radiative heat transfer.

The control of radiation by microstructure and scattering media has become the mainstream of recent researches on radiation heat transfer control. However, it was originally an optical control technology in nature owned by morpho butterflies and chameleons. As you can see, there is a high probability that there are still many innovative optical technologies in nature.

In this study, we were inspired by Haworthia obtusa. This plant is very popular in Asia as an ornamental plant due to its pretty appearance. A mere ornamental plant can be a great teacher for us. Electricity is used extensively in modern societies, and devising new methods for saving electrical energy is a perennial goal in engineering. Lighting and illumination account for virtually one-fifth of the global demand for electricity. In order to find answers from everyday life, it is important to always be aware of the problem. If you're constantly thinking about it, a pretty plant will suddenly inspire you.

In past study, the chameleon was a teacher (https://www.nature.com/articles/s41598-018-19498-5). Chameleons have a diagnostic thermal protection that enables them to live under various conditions. We developed special radiative control therefore is inspired by the chameleon thermal protection ability by imitating its two superposed layers as two pigment particles in one coating layer. The radiative control by a chameleon, which controls VIS light and reflects NIR light, is ideal in many cases. For example, products such as cars and buildings are usually exposed to too much sunlight. In a situation where a surface must be kept cool when exposed to sunlight, the surface should have maximum solar-energy reflectance. This combination of two functional particles inspired by chameleon constitutes an evolutionary novelty that allows us to more precisely control the spectrum while protecting against the thermal consequences of intense solar radiations.

In order to continue to protect the Earth's environment, it is important to learn a lot from the same spacecraft crew. 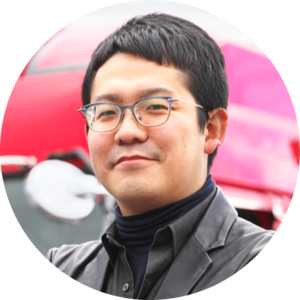