We engineered a system for coordinated gene expression in microbial consortia based on the relative fraction of strains within a population. In doing so we created both majority and minority wins systems that can be applied to wide ranges of synthetic microbial consortia.

Synthetic biologists use communities of engineered bacteria, or synthetic microbial consortia, for a wide range of applications from studying how natural bacterial communities operate to making desired products in an assembly line fashion. During my thesis work in the Bennett Lab (http://biodesign.rice.edu/) at Rice University, we started out aiming to engineer new functions and genetic patterns in microbial consortia. In the process, we noticed that the outcome of experiments relied heavily on the ratio of strains within the consortium and the fluctuation of this ratio over time. We decided to turn this observation into a useable feature for synthetic microbial consortia, so we engineered a consortium that alters gene expression in response to constituent strain ratios.

Our system uses two engineered strains, each containing a few key components including quorum sensing (QS) systems. Quorum sensing systems allow bacteria to communicate with each other in nature and regulate gene expression in a population of bacteria based on the size of the population.1 In our genetic circuit, each strain produces a unique QS molecule that inhibits the production of the QS molecule and a fluorescent reporter in the opposite strain. As a result, each strain produces QS molecules when alone, so in co-culture the more abundant strain produces a greater amount of QS molecule shutting off QS production in the less abundant strain as shown in the figure below. We can also adjust the cross over point for this “majority wins” pattern, by titrating in ligands that alter the efficiency of the transcription factors. We also engineered a second consortium with a “minority wins” gene expression pattern. In this system, each strain’s QS molecule still represses the expression of QS in opposite strain but induces the expression of the fluorescent protein in the opposite strain. Therefore, the less abundant strain in the consortium will be fluorescent in response to QS molecules produced by the more abundant strain.

Overall, both consortia present a new use of QS systems by regulating gene expression based on the ratio of strains within a population rather than overall population size. Synthetic biology is always in need of new ways to control gene expression in consortia and our majority and minority sensors can be useful in a wide range of applications. We envision the majority wins pattern being used to help maintain strain ratios over time. If a toxin gene is encoded within the majority wins genetic circuit, then a toxin gene can be induced in the majority strain to reduce its growth until the two strain reach a balance. Overgrowth or loss of strains in consortium can lead to disfunction, so there has been a lot of research in developing methods to maintain balance in consortia. In addition, the minority wins pattern could be applied to consortia to keep proper consortia function. For example, in bioprocessing, multiple strains can be used to make a desired product in an assembly line fashion. However, if one strain begins to outgrow others, there could be a buildup in its step of the process and a back up in the following steps. By adapting the minority wins gene circuit, overgrowing strains can have their steps downregulated and less abundant strains can have their steps upregulated to prevent build ups and backups. The work in this paper approached the problem of strain ratio fluctuations in microbial consortia and turned it into a novel, useful phenotype that can be adapted for many future applications. 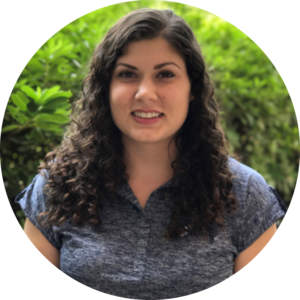 Synthetic biologists with experience in microbial consortia, microfluidics, and gene expression patterns. B.S. from The University of Texas at Austin 2010, Ph.D. from Rice University 2019, and currently a Postdoc at Boston University.
Follow