Most countries active in pharmaceutical innovation provide some sort of patent protection for new medical uses of known products. This provides market exclusivity, for example, when investigators find a new, non-obvious medical indication for a drug previously patented as a new, non-obvious molecule. Yet, despite clear policy importance of developing new treatments quickly and cheaply, surprisingly little is known about the scale and impact of these patents. Without more information, it is perilous for judges, policymakers and patent offices to presume they can propose or interpret rules on the validity and infringement of patents for new medical uses with reasonable chances of desirable social outcomes. How sought-after are new medical use patents? Is their popularity waxing or waning? Who is benefitting from this government-granted market protection? What types of claims are being used to protect these inventions? Is it true that serious disadvantages would follow if such patents were harder to obtain or to enforce? Should they be easier to obtain and enforce? Who will be the winners and losers if rules on acquisition and infringement are adjusted?

These issues are particularly important for the field of pharmaceutical research known as ‘repurposing’. This field of research holds much potential, since it is often quicker and cheaper to develop a drug for a new use if it is already known to be tolerated by the human body.

Some commentators argue that the patent system is failing to provide suitable incentives for repurposing—new medical use patents are too hard to obtain and too hard to enforce when generic companies sell the off-patent drug molecule for off-patent uses. Signs of failure would include declining rates of new use patent applications and low grant rates. Additionally, the identities of applicants of new use patents would shed light on the competitiveness of smaller and public organizations. But to date investigations have not looked for such evidence. This article takes steps to address the empirical gap using European Patent Office (EPO) data.

In this paper we examine the European patent landscape of first and further medical uses of known products. Specifically, we address the following research questions:

This is the first patent landscape study on medical uses of known products. Our results show that EPC2000 claims are in demand. After primary product claims for novel substances or compositions, they are the most sought-after patent claims to protect therapeutics. The number of EPC2000 patents has steadily increased since 2010. Their allowance rate has also steadily increased from 42% in 2011 to 62% in 2014. We also show that the organizations with the largest patent portfolios containing claims (independent or dependent) directed to medical uses of known products since 1990 are primarily large pharmaceutical companies. However, when the results are analyzed based on the original assignees for patents with independent medical use claims, we find that universities and research institutes have led this inventive activity in 2020. 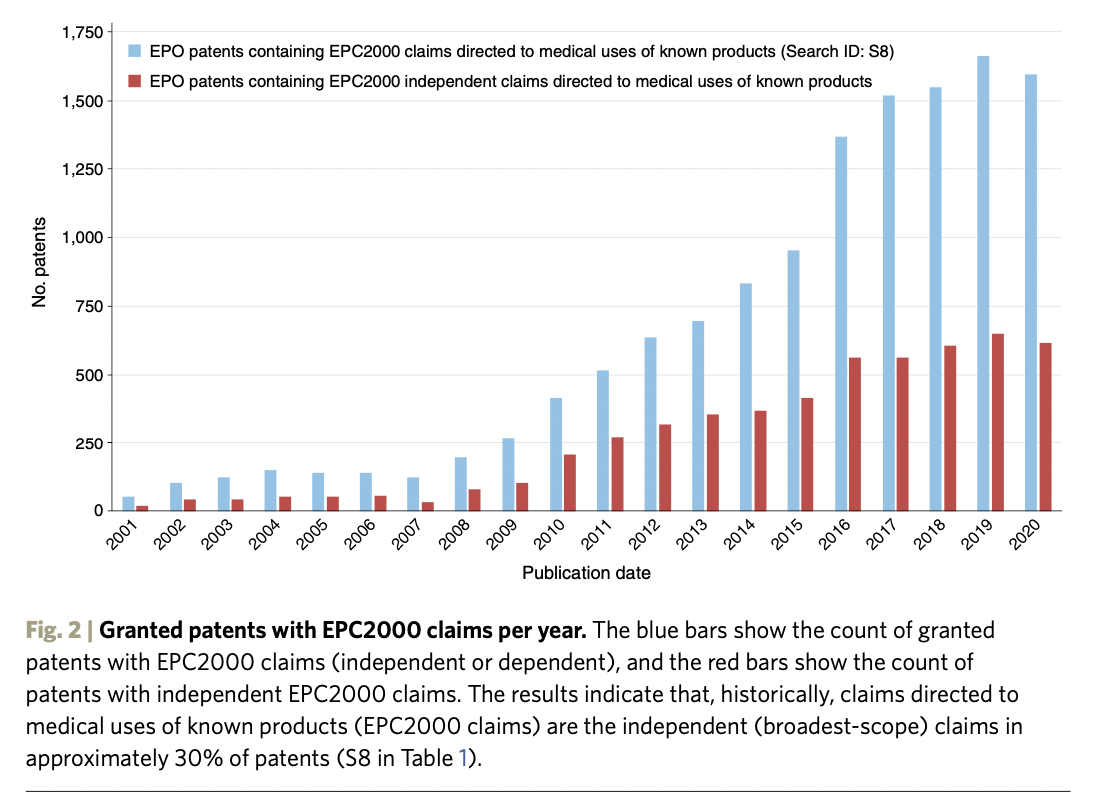 These results have significant policy relevance for the field of pharmaceutical innovation known as drug repurposing. The development of novel therapeutic applications for known drugs (repurposing) is generally considered a desirable goal. The patent system can support or hinder repurposing activity.

Our empirical study reveals that new uses of known drugs can be protected with sufficient legal certainty at the EPO. Law and examination guidance are clear for those prosecuting such patents. Coupled with the increasing rates of granted EPC2000 patents, their corresponding allowance rates, a comparison with patent allowance rates in other technical fields, significant numbers of residual Swiss-type claims and the diversity (private and public sector organizations) of patent owners, these findings strongly suggest that there is no major policy challenge in obtaining patent protection for new medical uses of known products. This first-of-kind evidence-based study demonstrates this finding empirically using patent landscaping and analytics. Provided that the new treatment indication is novel, first, second and subsequent medical uses of known compositions or substances are patentable as purpose-limited products. Accordingly, if repurposing research is lagging, it seems other factors are in play; factors other than the dynamics of prosecuting new medical use patents.We discuss these on the paper.

Given that there has been much debate and speculation about second medical use patents and that the patent system could be failing to provide suitable incentives for drug repurposing, we hope our results would be of interest to the readership of Nature and researchers working on drug repurposing and IP.

The research was supported, in part, by a Novo Nordisk Foundation grant for a scientifically independent Collaborative Research Programme in Biomedical Innovation Law (Grant No. NNF17SA027784). 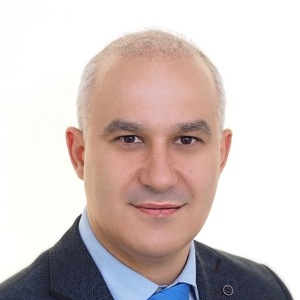