The hormone peptide relaxin attenuates liver fibrosis by inducing quiescence of activated hepatic stellar cells. In this paper the authors show that hepatic macrophages play a key role in mediating the antifibrotic effects of relaxin in animal models and propose a nanotechnology-based approach to al…

The path to discovery rarely follows a straight line and our story is not an exception. As a follow-up project to our previous discovery of relaxin (RLN) as an endogenous peptide hormone contributing to spontaneous resolution of liver fibrosis1, we simply intended to validate the anti-liver fibrosis effect by exogenous introduction of the peptide via targeted delivery of a plasmid DNA encoding RLN (pRLN) towards fibrotic lesions in the diseased liver in early 2018. Everything went well as expected until we tried to prove the therapeutic effect on activated hepatic stellate cells (aHSCs), the main fibrogenic cell type in livers, in vitro. While the RLN gene therapy significantly slowed down or even regressed fibrogenesis in murine liver fibrosis models, direct addition of RLN into aHSC cell culture failed to induce its quiescence or reduce the production of extracellular matrix, despite highly upregulated expression of RLN receptors (RXFP1) on aHSCs. ‘Dead-end roads don’t mean you’ve come to your end, just means you need to take a different detour’. Why not test whether cells other than aHSCs also express RXFP1 in the diseased liver? This idea came into my mind after being frustrated for several days. Surprisingly, I observed ~90% of macrophages express RXFP1 in fibrotic livers (Supplementary Fig. 5). Phenotypic characterization of macrophages further demonstrated higher RXFP1 expression on pro-inflammatory macrophages, which are critical for HSC activation via the production of pro-fibrogenic factors. Moreover, I discovered that RLN-treated macrophages downregulated pro-fibrogenic factors but upregulated fiber lysis-associated genes (Fig. 2).

To this point, I realized that macrophages might play a dominant role in RLN-mediated anti-fibrosis effect, which was validated by the macrophage depletion study. Furthermore, conditioned medium of RLN-treated macrophages was found to successfully induce quiescence of aHSCs (Fig. 3). My advisor, Dr. Leaf Huang, and everyone involved in the project were excited about these results. “We are getting closer, but still far away from the truth. Conditioned medium is a too complex system. We need to figure out where the activity comes from.” Inspired by Dr. Huang’s words, we further separated the conditioned medium into exosomes and supernatant and discovered exosomes as the crosstalk mediator between RLN-treated macrophages and aHSCs (Fig. 4). miRNA sequencing eventually identified miR-30a-5p driving the pro-resolution effect of exosomes derived from RLN-treated macrophages (Fig. 5). We hypothesized that PPAR-γ suppression due to activation of ASK1 gene (a negative PPAR-γ regulator) in aHSC accounts for its inertia to RLN treatment. However, exosomal miR-30a-5p can overcome PPAR-γ deficiency by targeting ASK1 and therefore revive responsibility of aHSCs towards RLN treatment. The synergistic anti-fibrosis effect of RLN + miR-30a-5p combinatory therapy supported the hypothesis (Fig. 6).

When Dr. Huang suggested to submit the manuscript to Nature Nanotechnology, I felt weird since our study obviously lacks “nano” taste until he asked “Have you ever thought about why the new mechanism was discovered by us but not liver biologists?” “Without appropriate nanoparticles, people may not achieve local delivery of protein/peptide drugs in the diseased site or realize significant therapeutic efficacy as we do. How can they find the discrepancy between in vivo and in vitro effect?” said Dr. Huang. That is true as we did not find anti-fibrosis effect after systemic injections of RLN peptide, presumably due to the poor pharmacokinetic profile. Our study not only provides a new insight on RLN-mediated anti-fibrosis mechanism, but also an example of how nanotechnology facilitates deeper exploration of basic science, which in turn illuminates novel nano-based therapeutic approaches. 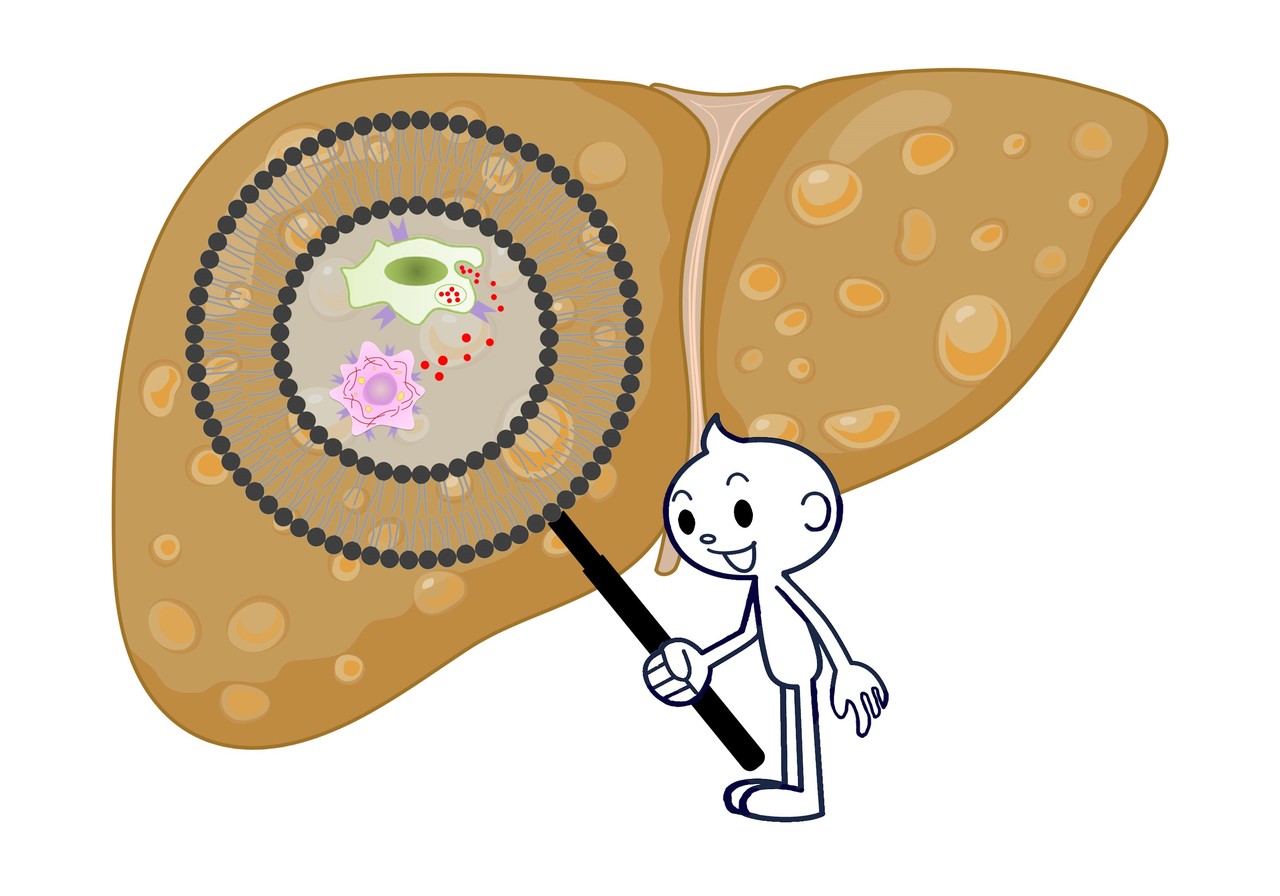