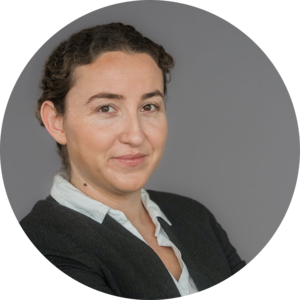 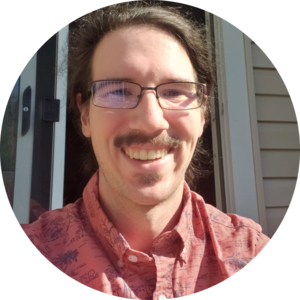 Phase separation can occur when oppositely charged biomolecules are mixed, leading to a dense polymer-rich phase (called the "condensate" or coacervate phase) and a dilute polymer-deficient phase, which exist in equilibrium. These condensates look like water droplets on your window on a rainy day. The term coacervation was first coined in 1929 by Bungenberg de Jong and Kruyt.1 Their potential role in the beginnings of life was highlighted by biochemist Alexander Oparin, who wrote “The important thing is that a number of phenomena displayed by coacervates, as well as by protoplasm, are determined by the same physico-chemical causes… so that a knowledge of the coacervate is a very essential landmark in the evolution of our appreciation of the physico-chemical properties of the protoplasm” in his essential book The Origin of Life (1936).2 It is no coincidence that collaborative NASA-funded research on the origin of life under the supervision of Professors Christine Keating and Philip Bevilacqua at Penn State was undertaken by utilizing compartment models, including coacervates.

The Keating lab specializes in understanding biomolecule compartmentalization in mimics of extant cells and protocells while the Bevilacqua lab is expert in studying RNA catalysis and folding. This study focused on exploring how the length of biopolymers affects condensates as a primitive model of prebiotic compartments. Compartmentalization is a fundamental aspect of cellular life, for which modern cells have evolved sophisticated mechanisms including lipid membranes and organelles that localize biomolecules in time and space, organizing complex biochemical reactions.3 Recent discoveries of different membrane-less organelles in modern living cells indicate that spatial restriction of biomolecules is achieved not only through membrane-bound organelles but also through liquid-liquid phase separation to form intracellular condensates.4

Many of the membrane-less compartments described in modern cells involve protein-RNA condensates.5 Models for these intracellular condensates can be readily produced spontaneously in vitro, and are able to serve as compartments, concentrating biomolecules including RNAs.6 It might have been essential to concentrate the available organic materials on early Earth. Compartmentalization could help generate individuals that could later undergo natural selection, which is important to molecular evolution.7 In our study, we prepared compartments from nucleotides and amino acid oligomers much shorter than typical proteins found in modern condensates since we expect these shorter molecules were more likely to exist on early Earth.8 We demonstrated that RNA oligomers were preferentially concentrated within the droplets and droplet composition influenced the RNA's ability to form duplexes. The compartments formed from shorter oligomers actually outperformed those formed from longer molecules in concentrating RNAs. Also, they provided protection against ‘helicase’ like activity, where compartmentalized double stranded RNA structures are disrupted. When the fold of a more complex RNA molecule--tRNA with extensive secondary structure and a well-defined compact tertiary structure--was investigated, it was found to be partially unfolded in all compartments. Disrupted tRNA structure could have been advantageous if a replicase located inside of the coacervate could then bind and replicate the RNA. It would be quite intriguing to explore further relationship between structure and function of biomolecules in these condensates.

Our curiosity drives us to understand how biomolecules self-assemble into functional compartments and how cells might have evolved. It is the fruit of the good mentoring we receive through our collaboration. Both advisors, Chris Keating and Phil Bevilacqua, encourage us to ask questions that we can explore further and inspire us with their enthusiasm. This is a result of many fun discussions at our NASA subgroup meetings, and also a reminder of the importance of good mentorship in science.