Photodamage is a critical problem for precision microscopes. We have shown that it can be evaded using quantum-correlated light, and that this allows biological structures to be observed that would otherwise be impossible to see.

It has been known for more than four decades that quantum correlations between photons can allow quantum-enhanced measurements, measurements that have signal-to-noise higher than is possible using the same number of uncorrelated photons [1]. This capability to exceed otherwise fundamental signal-to-noise limits has the potential for a broad range of applications, essentially in any situation where light it used to perform a precise measurement. However, there is an alternative way to improve signal-to-noise: increase the number of photons used in the measurement.

Photons are cheap, e.g. a laser pointer produces around 1016 photons per second. As a result, apart from in gravitational wave observatories (discussed more below), while many hundreds of proof-of-principle experiments have been performed no practical application of quantum correlated light sources has been demonstrated. It has always proved more effective just to ramp up the intensity of an uncorrelated light source.

For any optical measurement, it becomes at some point untenable to continue to increase intensity – the sample might fry or the detectors used to measure the light might reach their power handling limits. This suggests that quantum correlated light could in principle allow an absolute advantage in sensing, providing signal-to-noise beyond the absolute limits of conventional technology.

Similar to the recent demonstration of absolute quantum advantage in computing by Google [2], achieving this absolute quantum sensing advantage has been a major goal in quantum measurement. For instance, its realization in the context of biological imaging is one of only two decadal milestones in metrology in the UK Quantum Technologies Roadmap. Our work, published in Nature today [3], realizes this milestone. In particular we demonstrate that quantum correlated light allows signal-to-noise beyond the photodamage limits of nonlinear microscopy. This allows faint biological objects to be observed that would otherwise be impossible to see.

A key to understanding why achieving absolute quantum advantage was such a challenge in sensing is to understand the sorts of intensities for which quantum correlations can typically be produced, and the sorts of intensities at which light starts to impair the sample under study. Figure 1 summarises these concepts. The vast majority of experiments with quantum correlated photons use photon-counting detectors (green shading in Fig. 1). A big advantage of such experiments is that the signal-to-noise of the measurement can be made to scale linearly with photon number, compared to scaling as the square-root for uncorrelated photons. This superior scaling is termed “Heisenberg scaling”. However, photon-counting detectors only work for very weak light sources, with intensity comparable to the intensity of light reaching the Earth from the moon – clearly this would not damage a typical sample. Thus, in absolute terms it is generally easy to achieve superior signal-to-noise by simply increasing light intensity. Specialized exceptions to this rule include measurements of the single-photon response of the retina [4] or the fragile state of an atomic ensemble [5].

To increase the absolute sensitivity of measurements with quantum light, an alternative approach is to use states of light called “squeezed states” and combine them with detectors that are unable to resolve single photons (orange shading in Fig. 1). These states can combine quantum correlations with a bright classical field, greatly increasing their intensity. While they do not allow Heisenberg scaling, they do allow a fixed improvement in signal-to-noise which can be as high as a factor of thirty [6]. Squeezed states have most notably been applied into gravitational wave observatories (Fig. 2 left), where they allow the volume of space that can be observed to be extended by a considerable margin [7]. Here, very bright lasers are required to detect faint signals due to the motion of distant astronomical bodies. This means it is more practical to use squeezed light to reduce the noise floor of observations than to design optical elements and lasers capable of handling increased power. Never-the-less, even in gravitational wave observatories, quantum correlated light has not be proven to allow an absolute quantum advantage. For obvious reasons the optical intensity used has not been increased to the point at which the optical apparatus of the observatory would not survive.

A second area that has long been recognized as a key area where absolute quantum advantage might be possible is in biological sensing and microscopy (Fig. 2 right) [1,8]. Here, the sample to be probed is typically fragile, and photodamage is known to be a major problem. Types of biological photodamage vary, from photochemical effects due to the generation of damaging free radicals, to physical ablation or poration of the biological sample. As shown in Fig. 1, these effects typically arise for optical intensities above around 109 W/m2, beyond what is easily achievable even with the usual squeezed states of light. These intensities are commonly reached in nonlinear microscopes such as coherent Raman microscopes and second harmonic generation microscopes. This is because the signal from such microscopes is weak but scales as the light intensity squared, so that high intensities are needed to generate a large signal. To reach these intensities, nonlinear microscopes employ picosecond or femtosecond pulsed light, concentrating the light into small temporal packets. Our experiments develop a source of picosecond squeezed light (purple shading in Fig. 1) capable of providing quantum correlations at these high intensities. When applied into a coherent Raman microscope shown in Fig. 3, we observe photodamage to the specimen being imaged. This sets a strict bound on the signal-to-noise that is possible without recourse to quantum correlations. Using quantum correlations we show that this limit can be exceeded, thereby demonstrating absolute quantum advantage.

We apply our quantum microscope to image the concentration of a particular molecular bond within a living yeast cell, showing that it allows both sub-diffraction limited resolution and signal-to-noise that is 35% above what was possible without quantum correlations. Fig. 4 compares images taken of a portion of a yeast cell with and without quantum correlations. Here, we are imaging a particular molecular vibration that is prevalent in lipids (fats). The left image uses quantum entanglement, while the right image uses conventional laser light. As you can see, the quantum-enhanced image has better clarity, with regions where fats are stored within the cell (the dark blobs) and the cell wall (the semi-circular structure) both more visible.

While the improvement we demonstrate is relatively small, it shows that quantum correlations can provide a real performance advantage in microscopy. A significant technical challenge was to achieve high levels of quantum correlations in a pulsed light source. Overcoming this could allow signal-to-noise enhancement of more than a factor of ten, or alternatively an enhancement in microscope acquisition rate by the same margin. This is important since nonlinear microscopes are notoriously slow. Similar techniques to ours could also be used to improve the signal strength in some nonlinear microscopes, with potential for many-orders-of-magnitude improvement. For us, this opens an exciting new frontier in microscopy that could provide a new level of insight into the complex structure and behavior of microscale biological systems.

The author would like to acknowledge the continued support of the United States Air Force Office of Scientific Research and the ARC Centre of Excellence for Engineered Quantum Systems, without whom this research would not have been possible. 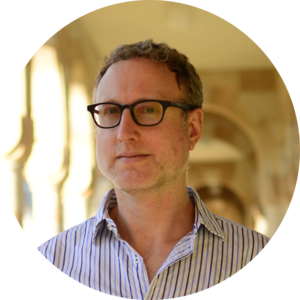 I earned my PhD in experimental physics from the Australian National University in 2004, in the area of quantum information technologies. I am currently a professor of physics at the University of Queensland. My research interests center on the development of precise measurement techniques based on quantum science, and their application in areas such as biological imaging, precision metrology, and advanced sensing. I lead the University of Queensland Quantum Optics Laboratory, am Director of the University Precision Sensing Initiative, and am a Theme Leader of the ARC Centre of Excellence for Engineered Quantum Systems. I am also a founder and Director of Elemental Instruments, a company that develops, manufacturers and sells precision scientific instrumentation.