We developed chimeric antigen receptor (CAR) T cells that can be remotely activated by focused ultrasound at local tumor regions. This approach provides precise spatiotemporal control of CAR T activation and brings us one step closer to safer CAR T therapy.
Yiqian Wu and Peter Yingxiao Wang
2 contributors
Like Liked by Marxa L Figueiredo and 1 other

The activity of engineered T cells within tumours can be controlled via the heat generated by pulses of focused ultrasound by modifying the cells to express a chimeric antigen receptor under the control of a promoter for the heat-shock protein.

The last decade has witnessed the advancement of chimeric antigen receptor (CAR) T cell therapy as one of the most promising cancer treatments especially for blood tumors. CAR T therapy works by genetically modifying the patients’ T cells to express the CAR protein on T cell surface, equipping them with redirected specificity and toxicity against target tumor cells. Following its successes in clinical trials, five CAR T products have been approved by the Food and Drug Administration (FDA) in the US, targeting leukemia, lymphoma, and multiple myeloma. However, side effects associated with standard CAR T therapy has been reported, such as the on-target off-tumor toxicity. In this case, CAR T cells can attack normal tissues or vital organs as they fail to distinguish between tumors and normal tissues that express the same target antigen.

As bioengineers, we have always wanted to integrate biology and engineering to solve therapeutic problems. As we were reading about the on-target off-tumor side effect of CAR T therapy, it suddenly occurred to us that, can we use external, physical stimulations to control CAR T cells? Can we limit their activation at the desired time and the local regions of the solid tumors, to reduce their on-target off-tumor toxicity? The answer that came to mind was yes, with ultrasound.

Focused ultrasound (FUS) has been in the clinics for a long time, partly attributed to the deep penetration capability of FUS for tens of centimeters. Owing to its ability to generate local hyperthermia in biological tissues, it was primarily used for tumor ablation. Other applications of FUS include drug delivery, neuromodulation, vasodilation, etc. At less lethal temperatures, FUS has also been used to activate heat-sensitive genes in cells. Inspired by this, we set off to develop FUS-controllable CAR (FUS-CAR) T cells by equipping T cells with heat-inducible genetic circuits.

We developed two types of FUS-CAR T cells. The first type was genetically engineered with the heat shock promoter (Hsp) and the Cre-lox switch. Hsp is naturally present in most cells. It senses external stresses such as heat (through heat shock factors) and drives the production of heat shock proteins as a coping mechanism in the endogenous heat shock response. The Cre-lox recombination switch, on the other hand, is derived from P1 bacteriophage, and is widely used to control gene expression in mammalian cells. Here, we engineered FUS-CAR T cells with the Hsp-driven Cre recombinase (Hsp-Cre) and a constitutive promoter-driven lox-flanked stop cassette upstream of the CAR (PGK-lox-stop-lox-CAR). Upon FUS-induced mild hyperthermia at 43°C, Cre is activated, leading to the recombination of the lox-stop cassette and the subsequent and permanent CAR expression. Our results showed that FUS-CAR T cells effectively suppressed the growth of subcutaneous tumors in NSG mice. More importantly, when compared with standard CAR T cells, FUS-CAR T cells demonstrated significantly reduced on-target off-tumor side effect.

We further developed a second type of FUS-CAR T cells where Hsp directly drives CAR expression. This design is of greater translational potential as it removes the exogenous Cre-lox components. Meanwhile, it represents a reversible system as the expression of CAR proteins can be activated again after the induction effect from the previous FUS stimulation wears off. The efficacy and safety of the reversible FUS-CAR T cells were also demonstrated in subcutaneous tumor models in NSG mice.

We hope that our work will spark new thoughts in both fields of CAR T therapy and FUS-mediated acoustogenetics, i.e., ultrasound-controllable genetics. Meanwhile, we constantly ask ourselves what the next steps will be.

Firstly, we are aiming to improve the homing and persistence of FUS-CAR T cells in vivo. As is with standard CAR T therapy, the homing, infiltration, and survival of CAR T cells toward and inside solid tumors remain the main limitations. This becomes increasingly challenging for inducible CAR T cells such as FUS-CAR, as they do not initially express the CAR proteins that mediate the engagement between T and tumor cells. In the current paper, we performed local administration of FUS-CAR T cells instead of systemic injection as a proof of concept. Next, we will examine different synthetic biology strategies such as the co-expression of helper molecules and the knockout of negative regulators, to evaluate their contributions to an enhanced generation of FUS-CAR T cells.

Moreover, we are always looking forward to eventually implementing our technologies in the clinics. While this work is still at an early stage, we see its translational potential given the prior success of standard CAR T therapy and the prevalence of therapeutic FUS systems. We will perform more preclinical tests and toxicity studies as a first step on the way toward clinical trials. 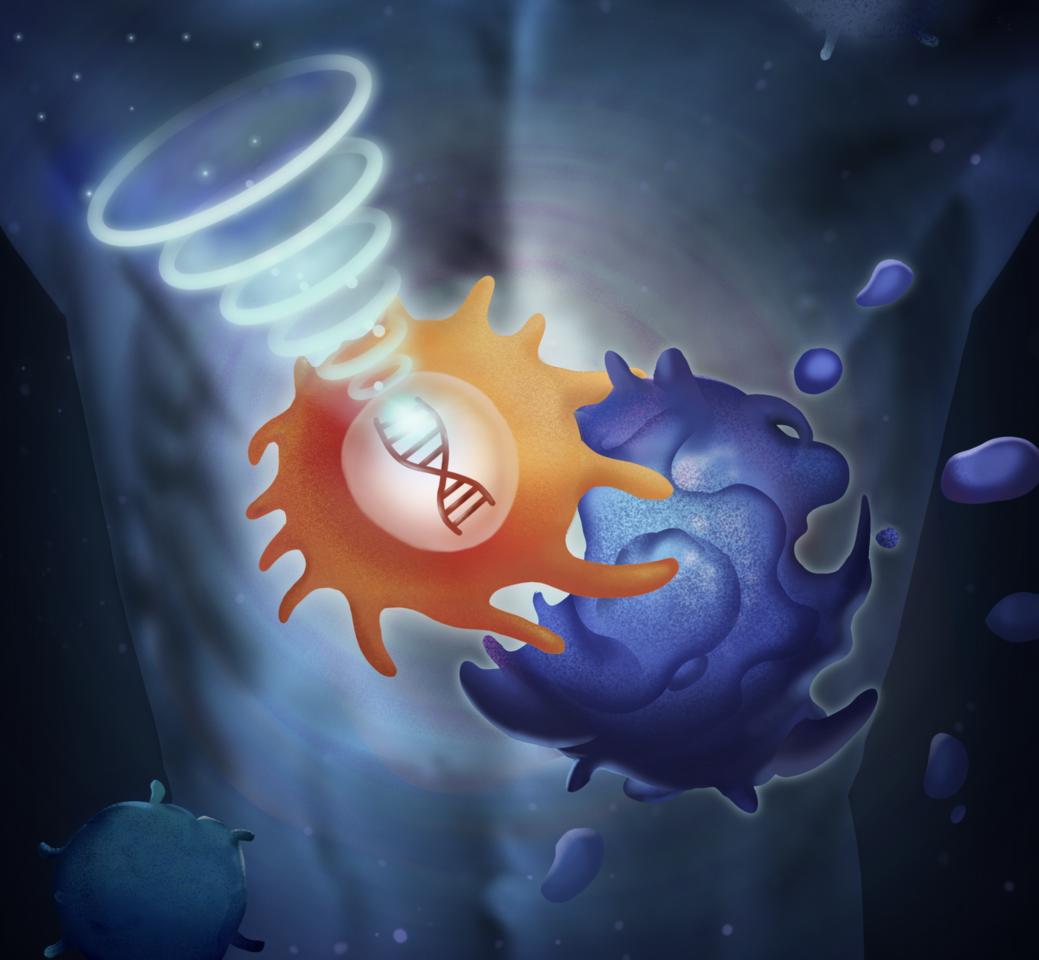