Imagine you are making your favorite grilled cheese sandwich. You switch on the toaster oven, and you immediately observe that the lamp in the kitchen dims. Hmm… aren’t these independent things? Back in the lab, you are excited to test your new mammalian synthetic construct. You still remember the rush of building a successful functional gene circuit, and now you want to add to it a new circuit with a different function. To your disappointment, the new circuit does not work as you had designed it. Even worse, the old circuit is behaving unpredictably, even though the components are orthogonal and the two circuits are engineered on different plasmids! “That’s biology, get used to it,” you are told. How could two presumably independent things be so connected? How can we build complex genetic circuits and devices in synthetic biology if we can’t even build two circuits in the same cell?

That is the situation my PhD student Timothy Frei and I found ourselves in when we set out to engineer a synthetic mammalian circuit that built on one we had thoroughly tested. It turns out, these biological and electrical phenomena share much in common. In both cases, two separate circuits covertly share common resources (cellular constituents like RNAPS, ribosomes, etc. in the biological example and voltage in the second). When one circuit exerts a large load that burdens the shared resource and diminishes its supply, the function of the other circuit that relies on that resource is negatively impacted. In this way, the two circuits become “dynamically coupled”—something that would never occur had there been abundant resources.

In mammalian synthetic biology, the burden effects can be measured and quantified. Timothy took a detour from his original project to study in depth the resource burden problem that dogged him and others in the lab. Around the same time, Prof. Guy-Bart Stan from Imperial College was visiting me at ETH for his sabbatical leave. I found out that he and an experimental colleague (Dr. Velia Siciliano, IIT) and her PhD student (Federica Cella) were working on the same problem! Both teams used miRNAs-based circuits in their work (one group used synthetic miRNA; the other endogenous). We immediately decided to join forces and work together. Thus started one of the most exciting research collaborations in my recent memory.

Together, we quantified and characterized mammalian resource burden, showing that a synthetic reporter can act as a “capacity monitor” that reports on the resource state of the cell. When a highly expressed gene burdens the cell’s resources, the dimming expression of the capacity monitor reports the reduction in available capacity. We then developed a mathematical framework to capture this coupling which provided equivalent resource-aware circuit parameters that account for the burden effect. Our characterization work showed that synthetic circuits are impacted by limitations in both transcriptional and translational resources, in sharp contrast to prior burden work in E. coli, which highlighted the outsized role of ribosome limitations in expression burden. Finally, we showed how miRNA incoherent feedforward controllers can be designed to mitigate the effect of burden. Such controllers make the output of a gene of interest resistant to resource fluctuations by exerting both positive and negative regulation on that gene. As resources vary, both of these influences change in equal measure but in opposite directions, leaving the output unchanged.

It is our hope that by shedding light on how resource dependencies affect circuit behavior, synthetic biologists will be better equipped to rationally design more complex and predictable genetic circuits. 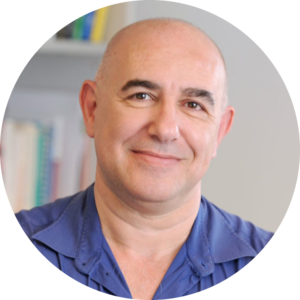 We and selected partners, use cookies or similar technologies as specified in the cookie policy.
You can consent to the use of such technologies by closing this notice.