A robotically handled culture system using porcine gastrointestinal tissue explants for the high-throughput interrogation of the gastrointestinal tract predicts the absorption of oral drugs in the human gut better than Caco-2 Transwells.

In the laboratories of Prof. Langer and Prof. Traverso oral drug delivery of poorly permeable drugs, such as biologics, is a major research focus since it remains a largely unresolved challenge. This is due to the low oral bioavailability caused by the inability of biologics and macromolecules in general to pass the mucus layer and underlining gastrointestinal tissue as well being sensitive to the enzymes and acid in the gastrointestinal tract. The rational development of drug delivery systems to overcome these barriers is challenging due the high complexity of both the mucus layer as well as the underlining gastrointestinal (GI) tissue architecture that is still to date not fully understood.

We hypothesized that drug delivery by chemical means could be transformed by an empirical analysis of thousands of different formulations to find systematically identify the optimal formulation that enables to penetrate the GI mucus layer and underlying tissue. Fortunately, the past two decades have seen a very exciting increase in capabilities to generate large libraries of chemical and nanoparticles. However, there is currently no suitable model system that can accurately represent the intact mucus and underlining tissue architecture of the GI tract while enabling a sufficiently high sample throughput. Therefore, we decided to focus our research efforts to address this limitation. We investigated various in vitro models to replicate the gastrointestinal mucus layer and tissue barrier. We explored cell line co-cultures that mimic the intestinal epithelium barrier and mucus layer and cell lines in presence of synthetic mucus however cell line-based models and synthetic mucus raised concerns over the ability to replicate the native GI tissue and mucus layer. Therefore, we explored in vitro assays using primary cells. But primary cell cultivation of intestinal epithelial cells is challenging due to viability of differentiated epithelium being limited to only several days. In addition, it is challenging to generate a primary cell-based system that mimics intestinal barrier function and mucus layer. Exploring various approaches has led us to work with intact porcine derived tissue which we found to retain function and viability when cultured under certain conditions. Importantly, cultivation of intact tissue enables the maintenance of the complex GI architecture and mucus layer. Next, we investigated possible ways of how to use these cultured tissue explants for high throughput studies. The main challenge was to develop a device that creates individual reaction compartments for parallel sample testing on a large tissue explant while minimizing interference of the reaction wells and damage inflicted on the tissue. Furthermore, the device needs to comply with ANSI/SLAS Microplate Standards in order be compatible with existing high throughput equipment. We evaluated various prototypes based on their ability to minimize reaction well interference, transport variability and tissue damage resulting in the development of an optimized device, called the gastrointestinal tissue robotic interface system (GI-TRIS).

We have systematically evaluated variability of drug absorption within different regions of the GI tract as well as across different animals. Importantly, we have tested human drug absorption predictability of the system by using a panel of 60 model drugs according the FDA guidelines. We were able to confirm acceptable variability across various animal batches and intra GI regions and a near perfect correlation to human drug absorption. We had then applied the GI-TRIS system to systematically analyze close to 3000 oral formulation of the peptide drug oxytocin in order to identify formulations that increase intestinal absorption. We managed to demonstrate that formulation identified by the GI-TRIS screening experiment translated in oral bioavailability enhancement tested in pigs in vivo. Importantly, the formulation identified showed an order of magnitude increase in bioavailability compared to non-formulated oxytocin while showing no obvious local tissue damage as assessed by immunohistology. This demonstrates that the approach to systematically screen a wide range of potential formulations empirically is very effective in discovering new and non-obvious formulations that effectively enhance oral bioavailability. In combination with the GI-TRIS technology, we anticipate that this will help to develop biologics orally.

Realizing the transformative capacity of the system and to help maximize and accelerate the impact of the technology we co-founded Vivtex a company focused on the rapid identification and development of oral therapies. 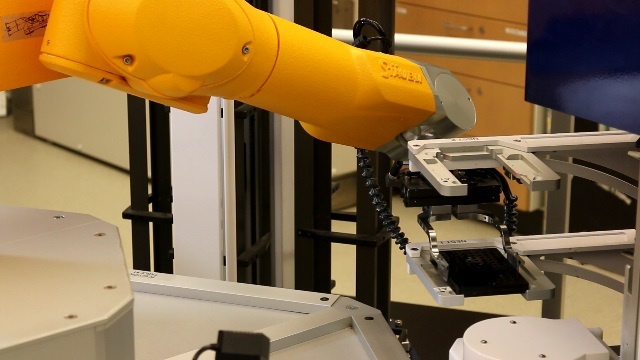