While cell-free synthetic biology has enabled point-of-care diagnostics for the detection of pathogens, there hasn’t been enough effort to develop field-deployable biosensors for detecting chemical contaminants. Chemical contaminants such as heavy metals, antibiotics and personal care products found in many household supplies can pose serious health threats when consumed without proper monitoring. Given their prevalence in the environment and drinking water sources, it is critical to expand the effort beyond pathogen detection.

As an engineer, I have always been drawn towards application-driven research. When I met Khalid, I was excited to learn about broad applications of cell-free technologies and the opportunities to improve upon the current system. In our recent publication, we developed ROSALIND – a transcription reaction that generates a fluorescent RNA aptamer in response to a chemical target of interest. Inspired by earlier whole cell works, we mined transcription factors from various microbes to build sensors for 16 different contaminants and applied them in the field.

We spent quite some time to come up with the name ROSALIND (RNA Output Sensors Activated by Ligand Induction). Since our work was in part inspired by the CRISPR-based pathogen detection platform, SHERLOCK, we wanted to see if we could use a detective’s name as the acronym as well. There were many failed attempts to capture our technology using names such as Nancy Drew, Hercule Poirot (a character from Agatha Christie stories) and George Smiley (a character created by John le Carré). We also thought of WATSON (WATer Sensing ON demand) as the trusty sidekick of SHERLOCK but decided it could be misconstrued as honoring a disgraced scientist with intolerant views... which naturally led us to ROSALIND! Not only did ROSALIND accurately describe the technology, but it also allowed us to honor Rosalind Franklin whose work of discovering the double-helix structure of DNA enabled us to use DNA as a programmable building block.

The list of detectable molecules in the publication was very much motivated by the need in the field. The first task of expanding beyond Khalid’s proof-of-concept results was to compile a list of top priority water contaminants. In this process, we quickly realized that metals pose some of the most serious health concerns. This gave us an opportunity to connect with the Giedroc lab at Indiana University Bloomington whose expertise in metal-sensing transcription factors immensely helped us develop and optimize our zinc, lead and copper sensors.

One of the areas that the reviewers wanted to see in the revision process was more field-application data. Conveniently, we were seeking opportunities to deploy our metal sensors outside of the laboratory as our effort to develop them was motivated by the need in the field. In December of 2018, we learned that the Wildfires in California could heavily impact the affected towns’ water distribution systems through an article in C&EN. We immediately contacted the water quality chemist quoted in the article, Jackson Webster from California State University at Chico, to see if our metal sensors can be used to survey the affected areas to help guide the cleanup efforts. We were able to connect with him along with a number of water quality analysts in the field, Sandrine Matiasek, Morgane Desmau and Jean-François Gaillard, to plan our trip to Paradise, CA.

In June of 2019, our team took hundreds of lyophilized ROSALIND reactions configured to detect zinc, lead and copper to Paradise. It was surreal to see in person the aftermath of the Camp Fire – houses stripped down to ashes, supermarkets with their groceries exposed and rotten, and unflushed water faucets in the middle of deserted parks are only a few to mention. Although we tried to plan for every possible scenario, there were a few pain points during the fieldwork. For example, the small foldable camping table could not properly act as my “lab bench” to put down the tubes, pipettes and notes. Some of our lyophilized reactions also quickly became non-functional under the 100 oF temperature with extremely humid weather.

Despite these pain points, it was truly exciting to deploy our technology in a real-world setting. Not only were we able to pinpoint several water sources contaminated with zinc and copper, but we also learned two important failure modes of our system: 1) the need to implement a better lyophilization and packaging process and 2) the crosstalk of our copper sensor with zinc. We returned from the trip with new ideas to improve our platform and a deep appreciation for field scientists.

After returning from the trip, we worked to address these limitations by 1) adapting a more rigorous packaging process used in the Collins lab at MIT and 2) building an RNA logic circuit using the Kleptamer RNA developed by the Franco lab at UCLA to fix the ligand promiscuity of the copper sensor. With the newly improved sensors, we manufactured, packaged and shipped tens of ROSALIND reactions to Paradise at ambient conditions where our collaborators were able to rehydrate the sensors to survey a number of sites for their metal contamination in the field.

We hope that the application of ROSALIND as field-deployable biosensors does not stop here and that our sensors will be distributed across the globe to areas where rapid and easy screening is most needed. In the coming years, we plan to work on making these ROSALIND sensors “smart” – for them to perform computation to enable signal amplification and target quantification. We have only just begun to tap into the potential of the cell-free biosensor technology. 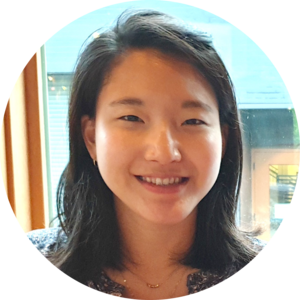