Polymerase Chain Reaction is the workhorse for nucleic acid (NA)-based detection of infectious diseases. This approach is used widely for detecting pathogens in e.g., humans, animals, soil. As versatile as this method is, tests using PCR have been mainly limited to centralized laboratories since they require large/complex machinery and specialized personnel for operation. In recent years, integrated desktop systems for PCR have emerged which are mainly targeted for use in clinics at the point-of-care. Integrated desktop systems automate all functions required to run a test, including preparation of the samples, accelerating the diagnostic workflow. These systems, however, are not sufficiently portable such that they can be carried around in a small bag or pocket for running tests on-the-go. Desktop-based testing is also still expensive, slowing their adoption.

Our idea has been to develop an inexpensive all-in-one chip to create a handheld PCR-based NA test that can be run at the point-of-need. Initially, we did not know what material, method or process to use – it was purely driven by the problem; there is currently nothing out there that is small, high performance and affordable which can do amplification (requiring heating and temperature sensing) and detection of NA in a small, single device. We wanted the test to be truly inexpensive and yet integrated. We also wanted to choose a target disease/system with tough cost and performance constraints so that if it worked with this system, it would likely work with any pathogen. We decided that we should target an animal disease – it is impossible to put a price tag on human life but this is not the case for farm animals. Farms in the developed world may also be used as analogs for isolated locations in other parts of the planet, having access to similar levels of infrastructure and expertise to many small urban centers in the developing world. Because we wanted our test to be universally useful and affordable, choosing an animal disease made sense. Furthermore, animal diseases are interesting because animal populations may be used as models for infectious diseases affecting humans.

We picked Johne’s Disease as the target which is caused by the bacteria Mycobacterium avium subspecies paratuberculosis (MAP). We came to know about this fatal disease through conversations with ranchers (especially Mavis and Terry Carter) in Rock Lake, North Dakota during a visit. MAP is also loosely associated with Crohn’s Disease, a lifelong inflammatory bowel disease affecting humans, which made MAP even more interesting as a target for detection. MAP is a tough microbe to detect through classical microbiological techniques because it does not culture well. Cultures can take several months, therefore, advanced molecular methods of detection are important for fast diagnosis. Dr. Karen Stevenson, from the Moredun Research Institute in Edinburgh, Scotland, who is a world-renowned expert in the detection of MAP, also joined the project, bringing domain expertise to the team.

PCR-based detection methods require thermal cycling for amplifying the number of copies of the target NA which then need to be “sensed”. Optical transduction is the most common form of measuring the concentration of the copies of the target DNA due to its sensitivity, however this method is hard to miniaturize and the reagents are difficult to handle. Thermal cycling requires both temperature sensing and heating. We decided to build a simple integrated electrical device with as few components/ manufacturing steps as possible so that it would be easier to manufacture and scale-up when completed. Electrical devices, as opposed to colorimetric for example, produce a highly quantitative, time-series signal that is also easier to interface with electronics, important for compatibility with digital technologies. 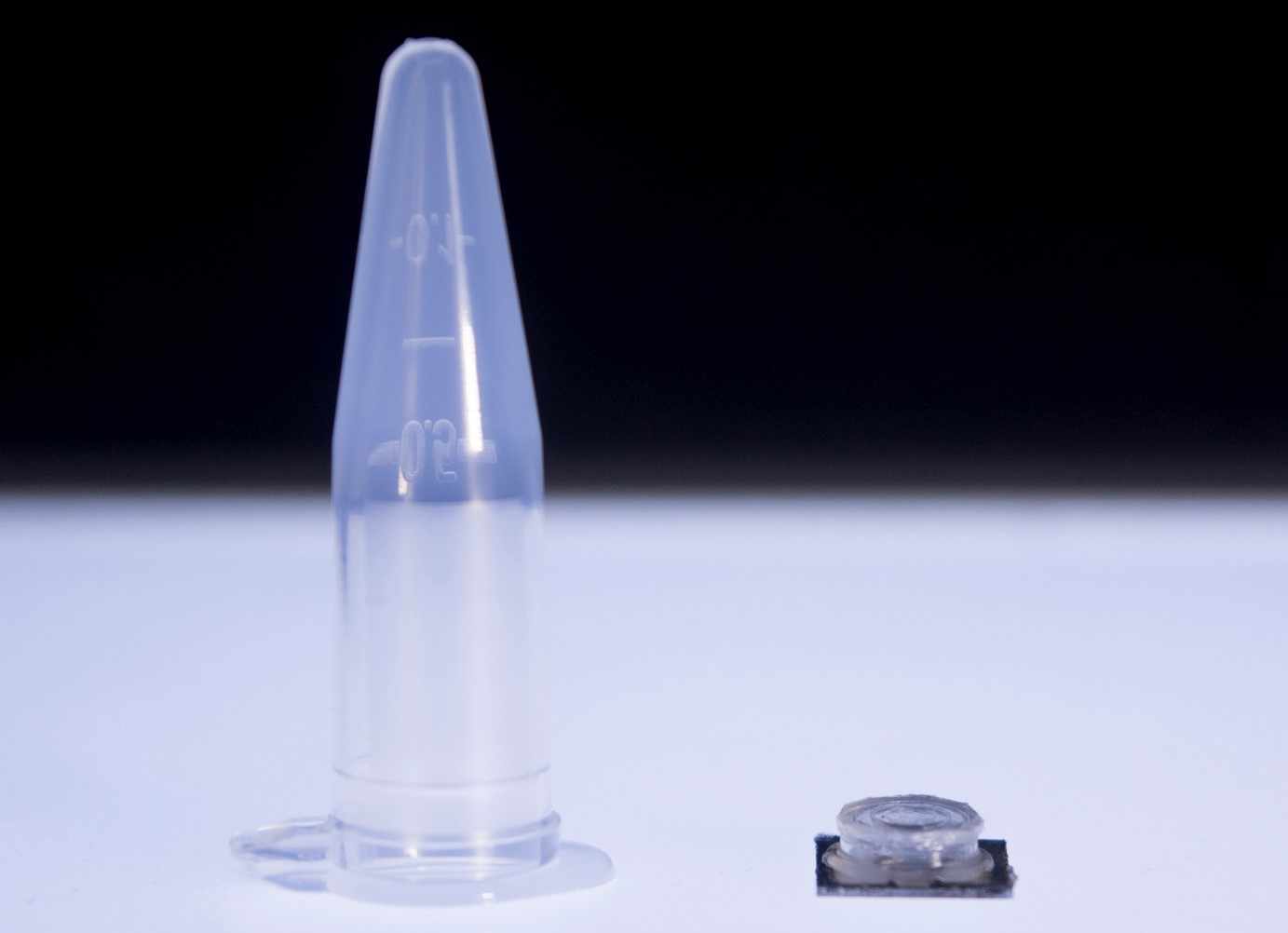 We eventually settled on the idea of building a silicon-based chip. Silicon is a highly processable semiconductor that can be batch-processed. Silicon alone, without any modifications, can be used both as an inexpensive heater and temperature sensor, while, at the same time, acting as a substrate for the deposition of various functional layers. But we also wanted to limit ourselves to methods of fabrication that could be performed anywhere with a standard wet lab, without the need for a sophisticated cleanroom. State-of-the-art silicon technologies require a semiconductor foundry (i.e. factory) for fabrication, with many advanced plasma/vacuum technologies used during the process. To replace the cleanroom processes, we developed a series of fabrication methodologies based on wet etching, electroplating, thermal bonding (using a heat press) and laser-cutting (for patterning). The final device produced using these methods has three modes of operation: i) electrical (Joule) heater, ii) thermistor with a negative temperature coefficient that can provide the precise temperature of the sample solution during reaction and iii) label-free electrochemical sensor for detecting target NA with methylene blue as a redox-active reporter. We called this device TriSilix (see animation). TriSilix can perform both cyclic and isothermal methods of amplification. We demonstrated that TriSilix could detect the genomic DNA from MAP. We also ran tests to show that this method could also be useful for the detection of SARS-CoV-2, with high specificity, using synthetic sequences.

This is a work in progress and there are still things left to do: we need to develop the methods to perform automated sample preparation and also add reverse transcription capabilities such that TriSilix can also detect pathogen associated RNA. We will eventually have to produce a large number of these devices and test in the field with custom electronics, also designed by us. More experiments will also be needed to expand the scope of this technology to isothermal approaches for nucleic acid amplication and detection which we briefly demonstrated in the work published.

Of course, it took a team of dedicated scientists and engineers to turn this idea into a functioning prototype where Dr. Estefania Nunez-Bajo did the majority of the laboratory experiments and was supported through experimental contributions by Alexander Silva Pinto Collins, Michael Kasimatis, Yasin Cotur, Tarek Asfour, Ugur Tanriverdi, Dr. Max Grell, Dr. Matti Kaisti and Guglielmo Senesi. This work was funded by the Wellcome Trust Seed Award. Funding schemes such as the Wellcome Trust Seed Award are instrumental to realize blue-skies research such as this work. The scientific community certainly needs more this type of funding to work on ambitious ideas.

The photograph featured at the top was made by Alexander Silva Pinto Collins. The animation was created by Tarek Asfour (music selected by Phil Coatsworth). 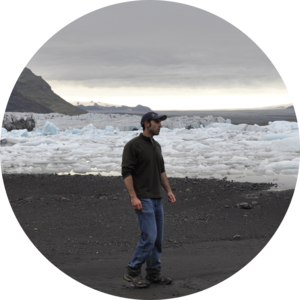