We show that T cell access to metastatic lesions in lymph nodes is an additional barrier for an effective anti-cancer response. Our work provides a mechanistic explanation for the exclusion of T cells from lymph node metastases and offers a potential strategy to overcome this exclusion.
Dennis Jones and Timothy P. Padera
2 contributors
Like Liked by Marxa L Figueiredo

In metastatic lymph nodes, solid stress generated by metastatic growth prevents the infiltration of lymphocytes into the lesions.

We have a longstanding interest in how cancer cells grow in their "new" environments after dissemination from the site of primary tumor growth. To this end, we have developed mouse models of spontaneous lymph node metastasis to understand the progression of metastatic disease.

However, we were always left questioning how cancer cells could grow in an organ designed to stimulate immune responses that should be able to kill cancer cells. This question has taken on a critical urgency as the killing potential of T cells has recently been harnessed to control cancer cell growth. T cell mediated cancer cell killing, however, does not seem to be occurring in metastatic lymph nodes even though they are full of T cells. In our article https://www.nature.com/articles/s41551-021-00766-1, we show that surprisingly T cells (and B cells) are excluded from metastatic lesions in lymph nodes in human and mouse cancers. Outside of the tumor area, the lymph node architecture, including the vasculature and immune cell populations, appeared normal. This striking finding left us curious as to the mechanism of how these lesions prevent T cell entry, even though they are surrounded by T cells.

After proposing and subsequently disproving several molecular hypotheses involving immune suppression experimentally, we again interrogated the blood vasculature in metastatic lymph nodes. In addition to supporting oxygenation and nutrient delivery to lymph node tissues, specialized lymph node blood vessels called high endothelial venules (HEVs) facilitate the entry of most T cells into lymph nodes. Our prior finding of reduced blood vessel density in metastatic lesions in lymph nodes motivated us to investigate whether HEVs were affected and whether blood vessel remodeling was related to the ability of the cancer cells to avoid immune responses in lymph nodes. As T cells need access to the cancer cells in order to kill them, could HEV remodeling be stopping T cell invasion of metastatic lesions? Within lymph node tumors, we identified collapsed HEVs and determined that HEVs in lymph nodes have limited function by transferring donor mouse T cells into mice with lymph node metastasis. We next focused on how lymph node metastases impaired HEV function.

To accomplish this, we used our chronic lymph node window in combination with optical coherence tomography techniques—developed by our collaborator Dr. Benjamin Vakoc of Massachusetts General Hospital3—to perform longitudinal angiography of non-involved and tumor-involved lymph nodes. Upon measuring decreased blood perfusion within lymph node metastases as they grew, we hypothesized that physical forces from growing lymph node lesions, known as solid stress4, can impair both blood vessel perfusion and the T cell trafficking capacity of HEVs in lymph nodes.

Using methods developed by our collaborator Dr. Hadi Nia of Boston University, we measured increased solid stress in metastatic lymph nodes, further supporting our hypothesis. Inspired by a cranial compression device5, we modified the device to fit our chronic lymph node window and used it to control the compressive strain so that it resembles the gradual growth of lymph node metastases. We showed that the device reproduces the effects of tumor growth, including remodeling of HEVs and restricting T cell entry into lymph nodes, suggesting solid stress impairs T cell entry into lymph node tumors.

As the limitations of T cell entry into metastatic lesions will prevent T cell killing of the cancer cells, we sought to overcome solid stress-mediated T cell exclusion in lymph node metastases. We used losartan, an antihypertensive drug with antifibrotic properties, to reduce extracellular matrix production and thus solid stress associated with lymph node metastasis. We found that losartan treatment increased the number of HEVs and T cells in lymph node lesions, suggesting that alleviating solid stress is a potential strategy to circumvent T cell exclusion in tumors.

Our work now leads to many important additional questions. Does losartan treatment combined with immunotherapy cause the eradication of metastatic cancer cells in lymph nodes by T cell killing? And further, does this lead to a strong systemic anti-cancer immune response that helps clear the cancer from the entire body? Determining the answers to these questions has important implications for therapeutic strategies for treating metastatic cancer. 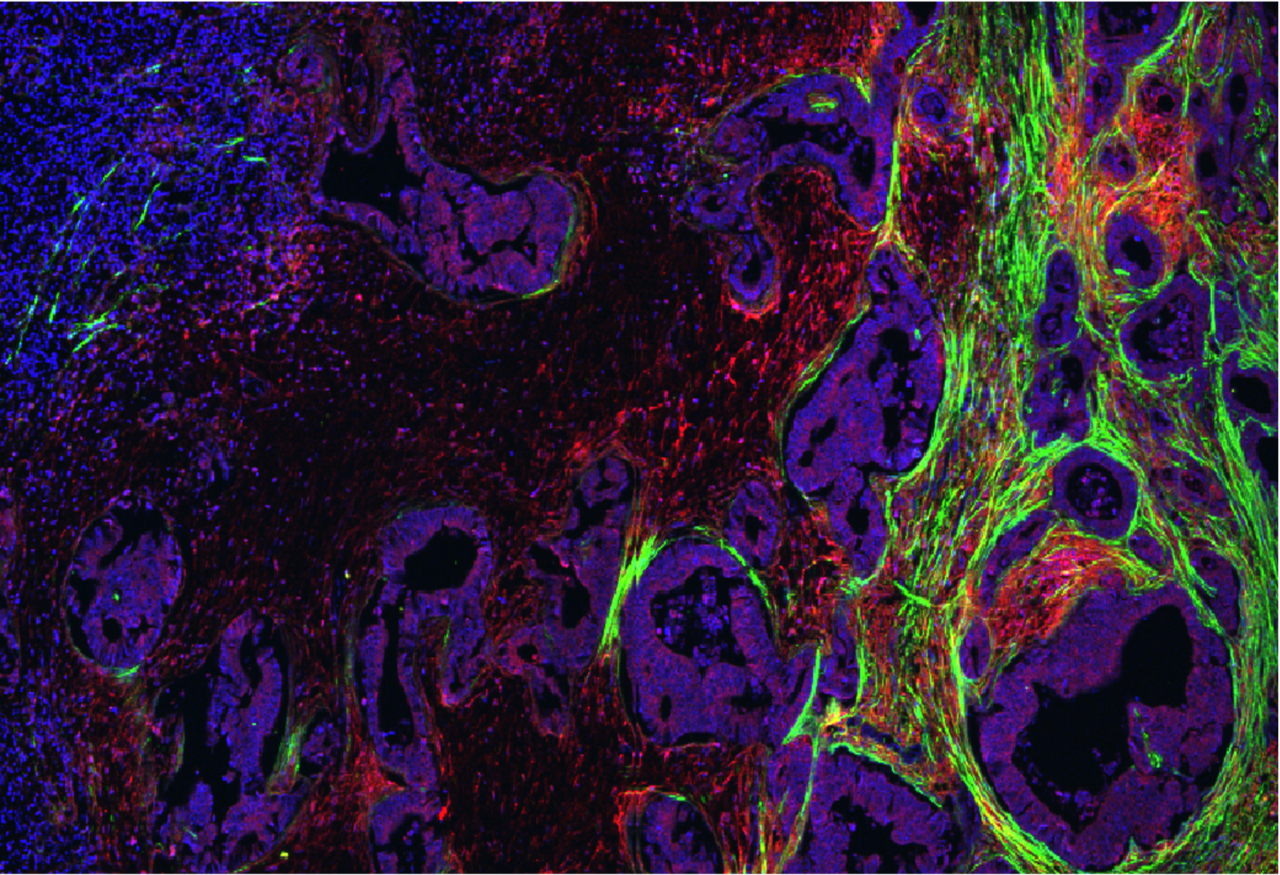 We show that T cell access to metastatic lesions in lymph nodes is an additional barrier for an effective anti-cancer response. Our work provides a mechanistic explanation for the exclusion of T cells from lymph node metastases and offers a potential strategy to overcome this exclusion.