The progressive degeneration of retinal photoreceptors is one of the most frequent causes of severe visual impairment in developed and aging populations. Inherited retinal dystrophies, such as Retinitis pigmentosa and late-stage age-related macular degeneration are among the most prevalent causes of legal blindness, for which treatments remain limited. Gene supplementation or stem cell therapies for these diseases are very promising but they are mostly in preclinical experimentation or early phases of human testing. The substantial preservation of the inner retinal networks, including retinal ganglion cells that form the optic nerve, has prompted attempts to restore vision with optogenetics or with silicon-based retinal neuroprostheses to allow light-dependent stimulation of the inner retinal network. However, all these approaches have some limitations, such as risks of gene therapy, poor performances or scarce biocompatibility of silicon devices.

Akin to biological molecules, conjugated polymers are ideal for interacting with biological tissues, being highly biocompatible, soft, conformable and non-inflammatory. In addition, they establish a diffuse abiotic/biotic interface that supports a number of biomimetic phenomena that are not shared by their inorganic counterpart. Guided by these principles, we engineered sub-micrometer conjugated polymer nanoparticles made of polythiophene (P3HT-NPs). Once applied to blind retinal explants, P3HT-NPs induce light-evoked capacitive depolarization and neuronal firing caused by the light-dependent charging of the NP surface.  When subretinally injected in a rat model of Retinitis Pigmentosa, P3HT-NPs spread out over the entire subretinal space and stably remain in place for up to 8 months without been cleared by phagocytes or blood circulation. Notably, P3HT-NPs promote the light-dependent activation of inner retinal neurons in vivo, recovering subcortical, cortical and behavioural visual responses at levels indistinguishable from age-matched healthy controls, with effects persisting overtime after a single microinjection.

By conferring sustained light-sensitivity to degenerate retinas and with the potential for high spatial resolution, P3HT-NPs provide a new avenue in retinal prosthetics with potential applications not only in Retinitis pigmentosa, but also in age-related macular degeneration. This microinjectable “liquid artificial retina” represents a remarkable simplification in the subretinal surgery and greatly expands the coupling interface with respect to planar prosthetic devices. Working as non-genetic light actuators for neuronal activation, semiconducting polymer NPs have a high potential for biomedical applications in degenerative retinal diseases, possibly enlarging their scope to healing central nervous system diseases. 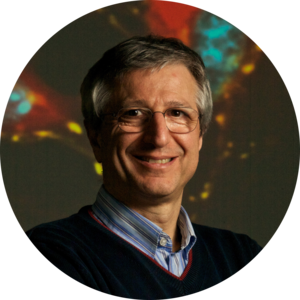