Synchronization is an attractive phenomenon found in nature. Complex systems, such as bird flocs, social and ecological networks, and biological timekeepers show coherent behavior across scales. Furthermore, synchronization is critical for our brain function, stability of social interactions, and even the survival of entire ecosystems because it ensures equilibrium in an often challenging environment.

Naturally, this beautiful phenomenon has long attracted bioengineers on the quest of designing smart synthetic biology strategies capable of coordinating whole living consortia for biotechnological, industrial, and therapeutic applications. In recent years, substantial efforts have been made to engineer synchronization within and across bacterial communities with examples of genetic LCD-like ‘biopixels’ and coordinated cell killing, among others. However, the engineering of synchronous dynamics in complex eukaryotic systems has proven very challenging.

In our article (https://www.nature.com/articles/s41467-021-24325-z), we leverage a bacterial strategy for antibiotic stress response to build minimal synthetic systems in yeast Saccharomyces cerevisiae, capable of synchronizing individual eukaryotic cells in a dynamic environment. We implemented a three-component system; two transcriptional repressors of the bacterial multi-antibiotic resistance (Mar) family and destabilised green fluorescent report for direct measurement of cell responses (Fig. 1A). First, we demonstrate that engineered repressors respond to chemical cues mediated by major plant hormones auxin and salicylic acid. Next, we combined lab-on-a-chip (Fig. 1B) and live-cell imaging techniques to record responses from living cells under a precisely controlled environment in the presence of phytohormone rhythms. 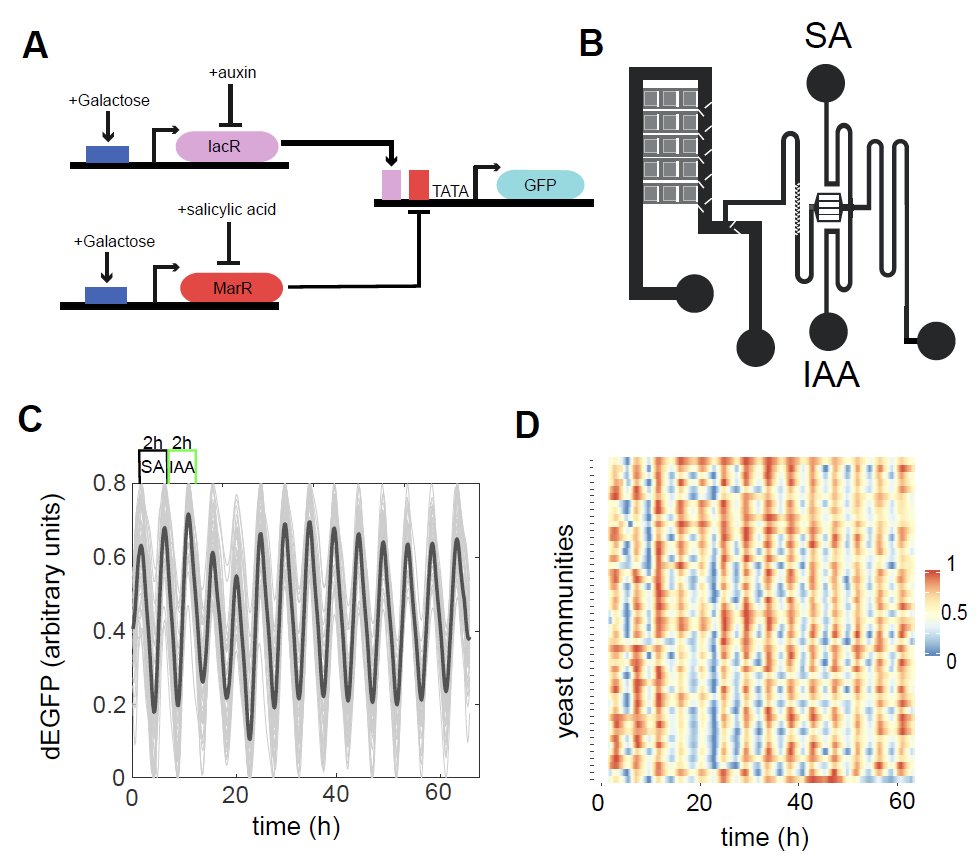 Fig. 1. A synthetic strategy for the robust synchronization of spatially distant yeast colonies in the dynamic microenvironment

These exciting experiments revealed a robust synchronization not only within single colonies but between entire cell populations with only 2% error (Fig. 1C, D). Attracted by this phenomenon, we employed theory and molecular dynamics simulations to investigate the potential origins of robust synchronization observed in vivo. Our analysis indicates a putative ON-OFF switch mechanism at the structure level (Fig. 2) that could provide a time lag between input and output required for noise-gated cell responses. This mechanism may be similar to the hysteresis observed during the opening and closure of potassium channels at the cell surface.

We then investigated whether synchronization could be improved by incorporating closed-loop (feedback) into the system architecture. Indeed, the inclusion of regulatory feedback between Mar repressors increases system responsiveness and further increases the synchronization robustness, creating opportunities for extending and tuning the performance of our minimal synthetic system.

Finally, we put our system to the unusual laboratory test. Briefly, we created a hostile microenvironment occupied by two sister yeast strains that only differ in the expected output (one producing reporter protein and other potent toxins). Experiments revealed the temporal maintenance of synchronization among toxin-sensitive populations, suggesting that this synchronization mechanism may be resilient to very harsh environmental conditions. A similar strategy may be used by bacteria when dealing with antibiotic stresses, highlighting a design principle underlying this synchronization mechanism.

Fig. 3.  “Beating heart” of the yeast colony (a heat pattern of GFP) synchronized with phytohormone rhythms in the environment

We hope that our strategy can be potentially applied to other eukaryotes such as animals or plants because it is compact and modular. Also, this work provides a mechanistic basis for de novo engineering synchronous dynamics in complex living communities, such as fungi microbiomes for various synthetic biology applications, including control of production in the industrial bioreactors and production and release of therapeutics and vaccines. Lastly, it opens opportunities for the strategic design of coherent behavior in plant and animal tissues, thereby expanding the repertoire of patterning mechanisms explored through evolution.

A yeast with gut feeling 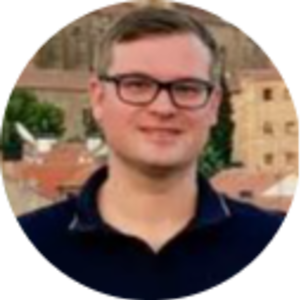 I am an industrial engineer who turned into the synthetic biologist. My scientific interests revolve around synthetic circuit design and synchronization across scales, developmental patterning and biomechanics