A muscle autoimmune disease is treated in mice with CAAR T cells.

Although no therapies are clinically approved specifically for MuSK MG, current therapeutic approaches to treat MuSK MG are mostly centered on B-cell depletion with rituximab, which has been shown to reduce patients' autoantibodies. However, rituximab induces generalized immunosuppression due to chronic B-cell depletion, which subsequently puts the patient at risk of developing serious infections because of a compromised immune system. Therefore, there is a compelling rationale for the development of precision medicine therapies targeting only the pathogenic anti-MuSK B cells and sparing patients’ healthy B cells to avoid generalized immunosuppression.

In the context of precision medicine, the clinically approved anti-CD19 chimeric antigen receptor (CAR) T-cell therapy has revolutionized the field by genetically engineering patients’ T cells to eliminate previously refractory B-cell cancers. CAR T cell therapy has led to complete and durable remissions of B-cell malignancies and has recently demonstrated early promise that such precision medicine therapies can be extended beyond B-cell cancers to other incurable B-cell-mediated diseases. In the past several years, our laboratory has been re-designing CAR technology for autoimmune disease therapy by utilizing autoantigens as the extracellular domain of a chimeric autoantibody receptor (CAAR). CAARs target T cell cytotoxicity against autoantigen-specific B-cells, which express a surface-bound autoantibody (i.e., B cell receptor) that defines the pathogenic autoimmune cell population.

MuSK is a transmembrane tyrosine kinase whose ectodomain comprises three immunoglobulin-like (Ig1-Ig3) and frizzled-like (Fz) domains. An estimated 100%, 58%, and 23% of MuSK MG patient sera recognize Ig1, Ig2, and Ig3-Fz domains, respectively. Aiming to specifically target anti-MuSK B-cells, we designed a MuSK-CAAR comprising the complete MuSK ectodomain as the extracellular domain of the CAAR, linked to cytoplasmic T cell receptor costimulatory and activation CD137-CD3ζ signaling domains. In our recently published study in Nature Biotechnology,we report the design and functional validation of the MuSK-CAAR expressed in human T cells and its efficacy and safety in preclinical models.

In summary, we have established the preclinical safety and efficacy of MuSK-CAART for MuSK-specific B-cell depletion in various in vitro and in vivo models, which led to the recent FDA clearance of an Investigational New Drug (IND) application of MuSK-CAART for the treatment of MuSK autoantibody-positive MG. The MuSK-CAART phase 1 clinical trial recently opened for recruitment, which shifts focus from preclinical to clinical mechanism of action. We hypothesize that MuSK-CAART will reset immune tolerance in MuSK MG by depleting MuSK-reactive B-cells and normalizing peripheral T-cell subsets, ideally leading to safe and lasting disease remission.

Professor of Dermatology, University of Pennsylvania 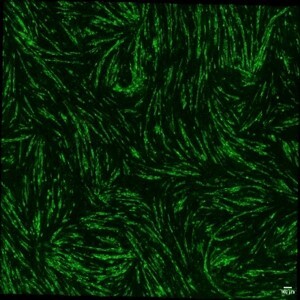