Proteinopathies are diseases caused by misfolded amyloidogenic proteins, such as amyloid β-protein (Aβ) and tau in Alzheimer’s disease (AD), α-synuclein in Parkinson’s disease (PD), and many others. The misfolded proteins self-assemble into toxic oligomers and fibrillar aggregates that harm and kill specific cells in each disease. Molecular tweezers (MTs) are promising drug candidates against these devastating diseases. MTs are supramolecular small molecules that binds selectively to Lys residues with low micromolar affinity and with 5-10 times lower affinity to Arg residues (Figure 1). A lead MT called CLR01 has been found to inhibit the abnormal self-assembly and toxicity of various amyloidogenic proteins in multiple in vitro and cell culture systems. Moreover, the potential therapeutic effect of CLR01 has been demonstrated in over ten animal models. Interestingly, although the size and negative charge of CLR01 suggest against blood-brain barrier penetration, the compound was effective in mouse models of AD1 and PD2 at doses as low as 140 μg/Kg twice weekly when administered by subcutaneous injection. Until very recently, cell internalization of MTs has not been demonstrated directly. In addition, the mechanism by which MTs may get internalized and their cellular distribution upon internalization, which could have important mechanistic implications, have been unknown. The main impediment to answering these questions is the low intrinsic fluorescence of CLR01, which cannot be detected on the background of a cell. 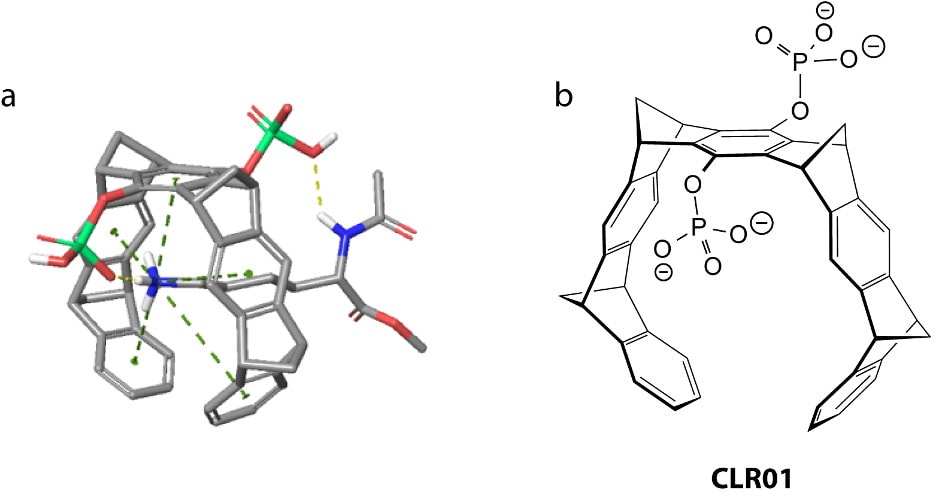 Figure 1. Schematic structures of MT. a) Schematic representation of the interaction between MTs and Lys. The MT bears two head groups that may be identical or different. The charge of each headgroup may be 0, -1, or -2, which are neutralized by the corresponding number of Na+cations. B). CLR01.

In our new study, “Lysine-selective molecular tweezers are cell penetrant and concentrate in lysosomes”3, leveraging the fluorescently labeled MTs and live cell imaging techniques we show MTs are internalized in neurons and astrocytes, primarily via dynamin-mediated endocytosis, and quickly concentrate in lysosomes (Figure 2). Quantitative analysis of the fluorescence-microscopy images showed that MTs also concentrate in autophagosomes and late endosomes, but to a lesser extent than lysosomes. The analysis suggested that the lysosomal accumulation of MTs occur sthrough both the endosomal-lysosomal pathway and the autophagy-lysosome pathway.

Using a tau-biosensor cell line3 we also showed that MTs colocalize with tau in lysosomes, but not with large tau aggregates outside the lysosomes, suggesting that facilitation of lysosomal degradation is a major mechanism by which MTs exert their beneficial effects against amyloidogenic proteins in biological systems. Indeed, a recent study showed that CLR01 restores lysosomal function and autophagy flux leading to amelioration of neurodegeneration, neuroinflammation, and memory deficits in a mouse model of the lysosomal storage disease Sanfilippo syndrome type A4.

Our new findings provide a major clue for the question how MTs achieve sufficient effective brain concentrations for their demonstrated efficacy. Following subcutaneous administration of 140 μg/Kg CLR01’s brain concentration was estimated to be in the pM, or at the most, low nM range5. If the compound bound to every available Lys or Arg in the entire tissue, its concentration could not be sufficient for the observed therapeutic effect. Our results suggest that rather than binding to every potential binding site in our outside the cells, MTs are quickly confined into the very organelles into which the cells direct abnormal protein aggregates for clearance—endolysosomes and autolysosomes—where their effective concentration could be two orders-of-magnitude higher than the concentration calculated based on brain volume.

Our study delineates the ways by which MTs are internalized in living cells and become rapidly compartmentalized in organelles responsible for protein degradation, allowing the MTs to achieve high concentrations exactly where they are needed. This information supports the development of MTs as therapeutic drugs and may be used in future studies aimed at designing compounds with improved anti-amyloid activity. 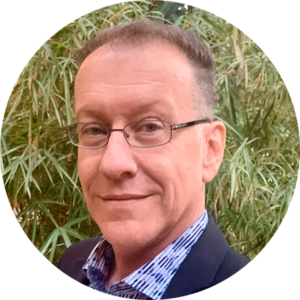 Gal Bitan received his Ph.D in organic chemistry from the Hebrew University in 1996. He went on to pursue postdoctoral studies on the structural biology of ligand-receptor systems at Harvard Medical School/Beth Israel-Deaconess Medical Center and continued to tackling the problem of protein misfolding and aggregation at Harvard Medical School/Brigham and Women's Hospital. Dr. Bitan made fundamental contributions to the study of early events in the pathologic cascades that cause Alzheimer's disease. He introduced the use of the novel photochemical protein cross-linking technique, PICUP, for investigation of amyloid β-protein (Aβ) assembly and discovered one of the earliest oligomers in the assembly cascade, the paranucleus. In 2004, Dr. Bitan joined the Department of Neurology in the David Geffen School of Medicine at UCLA where he is currently a Professor. He is interested in developing new therapeutic and diagnostic tools for neurodegenerative diseases and a better understanding of the process of abnormal protein aggregation, which underlies over 50 diseases. Dr. Bitan has published more than 140 papers and his H-index is 42. He has served on multiple NIH and VA study sections and as a member of the editorial boards of Journal of Biological Chemistry, Frontiers in Molecular Neuroscience, Scientific Reports, Annals of Translational Medicine, and Pharmacogenomics and Personalized Medicine.