Here we design a two-input single protein logic gate for biological computation by allosterically wiring two inputs to a functional site of a protein.

Traditional synthetic biology tools work through the re-programming of DNA that requires a significant amount of ‘nucleotide-based code’ to implement instructions that are transcribed at the protein level. This approach is slow compared to many cellular processes and only indirectly works on protein function. In contrast, in our ‘Nature Communications' article1, we have demonstrated the direct regulation of cellular phenotype at the single-protein level by creating a modular, two-input logic OR gate for biological computation using ‘allosteric wiring’. This study provides proof-of-principle for the multimodal control of protein function as demonstrated by allosteric wiring of two orthogonal regulators to an active site of a protein to program it as a logic gate.

In a “nanoscale programming language”, molecules serve as operands, and their conformational states function as logic gates2. Combining these operands into larger molecules and molecular complexes through protein engineering approaches will enable us to write and execute “code” using nanoscale computing agents (NCAs)2. Our group is working on the development of approaches to sense and control proteins in living cells. We have been developing NCAs for the targeted regulation of cellular activity. NCAs are autonomous vehicles based on single-chain proteins. NCAs would respond to any given input and return the desired output signal. The conceptual architecture of an NCA consists of a primary unit, which is basically the main protein chain. This primary unit is controlled by functional modulators that respond to various signals such as light, drug, pH, temperature, or other user-defined inputs. Functional modulators are stealthy, supportive handles. The wiring of these functional modulators is done through allosteric networks so that they do not interfere with any of the other functions of the protein. ‘Bioprogramming’ using these NCAs would enable direct interrogation of biological systems, allowing a deeper understanding of human biology and disease. 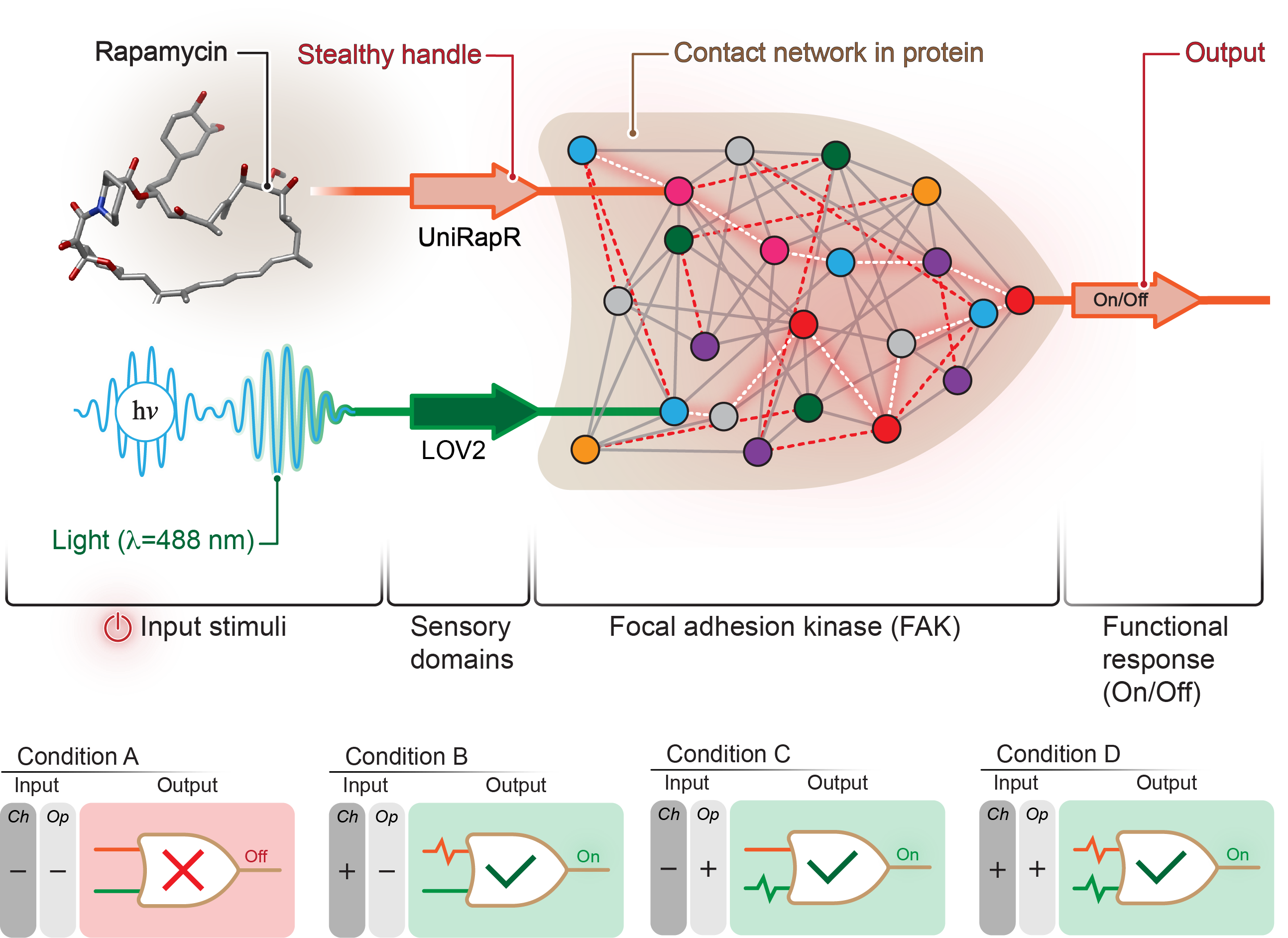 Robust input/output control using protein engineering approaches has been reported in various systems3-4, but logic gates must be incorporated into the circuit in order to create a program. Several attempts have been made to create the protein logic gates, but most either involve indirect control or are multi-protein systems. A directly regulated, single protein design offers simplicity, tight regulation, and targeted control. Here, we developed a single protein system that is directly integrated with two orthogonal, logic gates with two inputs as regulatory switches. We combined chemogenetic and optogenetic approaches to establish two-input control over a candidate protein, focal adhesion kinase (FAK). To create a logic gate to regulate FAK functions, we allosterically embedded two regulatory domains, the rapamycin-inducible uniRapR5 domain and a light-oxygen-voltage-sensing LOV26 domain, within FAK (Figure 1, top panel). This chemo-opto controlled protein, ChOp-FAK, functionally serves as the digital ‘two-input logic OR gate’ (Figure 2, bottom panel). Our study provides proof-of-principle that a single protein can be programmed as a logic gate by allosterically wiring two inputs to a functional site that serves as an output1. The architecture presented in this work can be extended to other proteins. We believe this approach will pave the way for building more robust and complex NCAs with potential applications in biomedical and biotechnological fields. 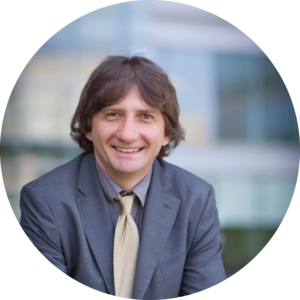