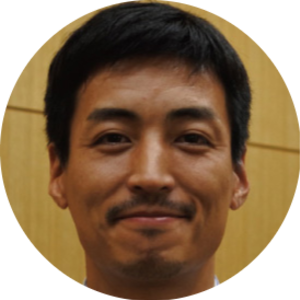 Clustered regularly interspaced short palindromic repeats is a bacterial immune system that acts against invading bacteriophages, similar to the way antibodies act against bacteria or viruses in humans. CRISPR recognizes the DNA sequence of the invader and cleaves it to block their ability to attack. In 2012, the CRISPR-Cas9 system of Streptococcus pyogenes(SpyCas9) was first utilized for genome editing in human cell cultures [1]. Since then, many researchers have used it in a variety of fields, such as agriculture, aquaculture, biotechnology, and therapeutics. However, in the field of therapeutics, the use of CRISPR is still limited owing to the low efficiency of targeted editing and the occurrence of unexpected mutations, referred to as off-target effects.

During our discussion of research projects, we came up with an idea to control CRISPR activity in a cell cycle-dependent manner because the efficiency of precise editing is increased at certain points in the cell cycle. However, this concept was already reported in a paper focused on cell cycle-dependent regulation of CRISPR expression [4]. Thus, we modified our project to develop an inhibitor-based control system using the cell cycle. Our first attempt to inhibit CRISPR activity using steric hindrance to prevent the formation of the Cas9 nuclease- (the DNA scissors) single-guide RNA (sgRNA, which guides to Cas9 to the target site) complex did not work out well. During that time, a paper about a natural CRISPR inhibitor, anti-CRISPR, from a bacteriophage genome [5], was published. Therefore, we decided to utilize this concept in our research.

In our recent paper published in Communications Biology, we successfully demonstrated that anti-CRISPR-based control of CRISPR activity, which is related to the cell cycle, can increase the efficiency of homology-directed repair (HDR), and to our surprise, also suppresses off-target effects. DNA cleaved by CRISPR can be repaired via two pathways, HDR and non-homologous end joining (NHEJ). While in HDR, the target gene is repaired precisely using the template DNA, in the NHEJ is dominant during We fused an anti-CRISPR protein to the domain of a proteinThis idea was inspired by the well-known cell-cycle indicator “Fucci” developed by Dr. Miyawaki’s group [6]. This system inhibits CRISPR activity in G1 phase when HDR does not occur and activates it during S, G2, and M phases, when HDR occurs. We applied this system to enhance HDR-mediated editing and reduce off-target mutations in the 293A cell line at three target sites, AAVS1, EMX1, and VEGFA, which have been well studied. An increase in the HDR/NHEJ ratio was confirmed at these target sites (Fig. 6 in the paper).

We anticipate that this system could be applied not only to other CRISPR/anti-CRISPR combinations but also to base editors and targeted transcription mediators. Since the system works autonomously in cells without the need for any stimulus, such as chemicals or light, it has significant potential as a tool for highly efficient editing with low toxicity. The system can also be implemented for in vivo genome editing applications.