Until now, gene drive were restricted to sexually reproducing species. Here we developed a gene drive in herpesviruses that allows the spread of an engineered trait through a viral population.

In 2016, I was a recent PhD graduate in Paris and very excited about all the novel perspectives enabled by the CRISPR revolution. In particular, I found the recent development of gene drives fascinating, as they offered the possibility to alter populations of insects in the wild and could help to eradicate malaria and other mosquito-borne diseases1,2. Gene drives are designed to efficiently spread a genetic modification through a population. They usually rely on CRISPR-Cas9 editing, where a Cas9 transgene is inserted in place of a natural sequence, alongside a guide RNA targeting the very same location. During sexual reproduction, repair of an unmodified allele by homologous recombination after cleavage by Cas9 leads to the duplication of the synthetic sequence, ensuring its propagation through the population. Because the strategy relies on the simultaneous presence of a wildtype and a gene drive allele in the same cell nucleus, it had generally been assumed that a gene drive could only be engineered in sexually reproducing organisms, excluding bacteria and viruses.

However, as I was preparing for my postdoc interview with the lab of Eric Verdin in San Francisco, I realized that during a viral infection, viruses can accumulate hundreds or thousand genome copies in infected cells. Beside, several lines of evidence indicate that cells are frequently co-infected by multiple virions and recombination between viral genomes is a well-known and widespread source of diversity for many viruses. In particular, herpesviruses are nuclear-replicating DNA viruses with large dsDNA genomes and frequently undergo homologous recombination during their replication cycle. Upon joining the lab of Eric a few months later, we reasoned that these properties enabled the design of a gene drive strategy that doesn’t involve sexual reproduction, but relies on co-infection of a given cell by a wildtype and an engineered virus. Upon co-infection, the wildtype genome is cut and repaired by homologous recombination, producing new gene drive viruses that can progressively replace the wildtype population.

In our recent study3 published in Nature Communications, we presented a proof of principle for such a viral gene drive, using human cytomegalovirus (human herpesvirus 5) as a model. We demonstrated that gene drive viruses can replace their wildtype counterpart and spread in the viral population in cell culture experiments. Moreover, we showed that the infectivity of the modified virus could be drastically reduced, which opens novel therapeutic strategies against herpesviruses. 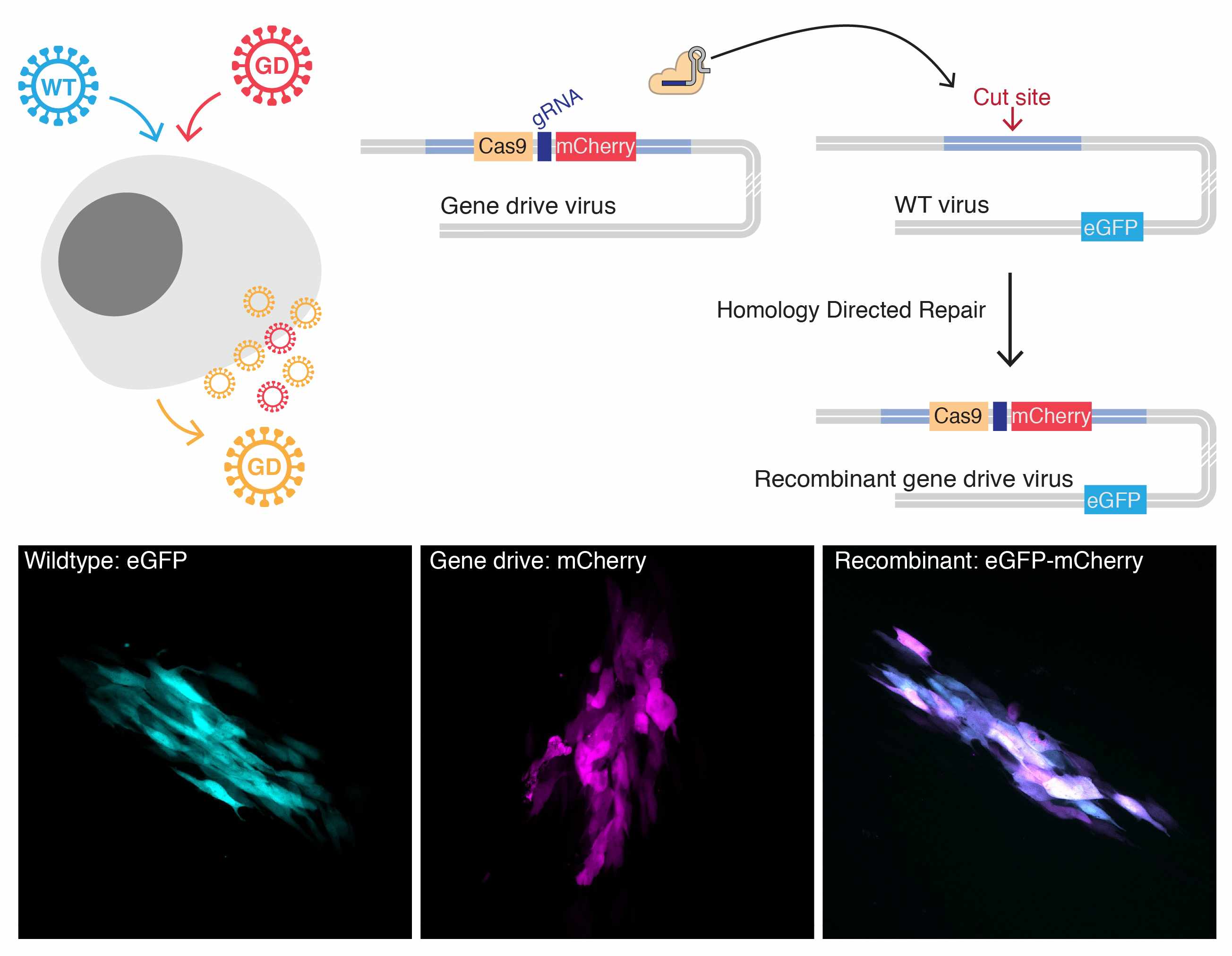 Herpesviruses are universal pathogens. They establish life-long persistent infections and are implicated directly or indirectly in numerous human diseases: Herpes simplex 1 and 2 for example give painful oral and genital blisters; hCMV is an important threat to immunocompromised patients, such as HIV-infected individuals, receivers of organ transplants and unborn infants; and Epstein-Barr virus or Kaposi’s sarcoma-associated viruses are major causes of cancer. Treatment options exist, but drug resistance and adverse secondary effects render the development of new therapeutic solutions necessary. We showed in vitro that a gene drive virus presenting severe replicative defects could spread into the viral population and ultimately reduce viral levels. Our hope is to ultimately design similar gene drive systems that could be used as treatment against these diseases. Patients infected with an herpesvirus and unable to control it could be superinfected with a gene drive virus that would help to reduce the infection.

While much research is needed before the technology can be adapted to function in an animal model or in humans, we believe that our work bridges the gene drive and virology fields, and represents a new area of research with exciting perspectives. 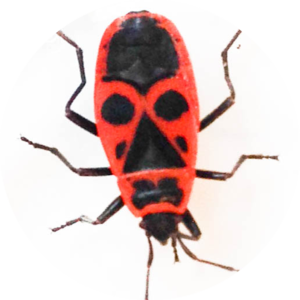