WHAT SHOULD I BECOME? COLLAGEN RECEPTOR DETERMINES CELL FATE

There is a growing need to develop 3D biomimetic models that recapitulate anatomical and cellular components of human physiology. In our lab, we developed 3D extracellular matrix (ECM) hydrogels that bio-mimic the breast ECM composition and support the growth and maturation of breast tissue [1]. When primary human breast epithelial cells are cultured in this ECM, they give rise to breast organoids: bi-layered epithelial structures, composed of elongating ducts that terminate with lobules (Fig. 1), and faithfully model the intricate architecture, cell lineages, and hormonal responses of the breast tissue. This remarkable ability, shared by cells derived from many different tissues, provides an opportunity to investigate the programs and signaling pathways that drive tissue development: namely, the set of instructions that guide a single cell in forming a complex tissue structure comprised of multiple cell types. Our recent paper describes a key mechanism through which cell-matrix interactions via the collagen receptor DDR1 regulate stem and progenitor cell fates and control tissue morphogenesis.

We grow breast organoids from donor-derived breast epithelial cells in a collagen-based gel matrix that contains three additional components of the human breast ECM: laminin, fibronectin, and hyaluronic acid. The clear gel floats in media, and organoid growth can be observed and followed under the microscope. Even the breast epithelial cell line MCF10A, cultured for generations on 2D plastic and bearing only partial resemblance to its primary tissue counterparts, can give rise to bi-layered, ductal-lobular organoids when cultured in collagen-based biomimetic ECM (in contrast to laminin-based ECM, such as Matrigel; Fig 2A). The observation that an appropriate ECM is a necessary condition for breast organoid development is a strong indication that ECM signaling is a critical part of the developmental program. Unlike primary cells, MCF10A cells develop into less complex organoids, that are terminally differentiated: i.e., when dissociated to single cells and re-seeded in a new gel, cells from MCF10A organoids are unable to give rise to a second generation of organoids. This property of MCF10A cells was the basis for a Crispr-cas9 loss-of-function screen to identify genes that are necessary for differentiation (Fig. 2B). We hypothesized that targeting these genes will block differentiation, leading organoid-derived cells to yield a second generation of organoids. The set of genes selected for the screen that informed the current work was a library of human kinases.

The screen identified the collagen receptor DDR1 as necessary for cell differentiation and loss of self-renewal capacity. Further investigation by single-cell RNA-seq analysis of primary breast organoids treated with a chemical inhibitor of DDR1, indicated that DDR1 was specifically required for the differentiation of stem cells to basal progenitor cells, and luminal progenitors to mature luminal cells (Fig. 3).

DDR1 is expressed by basal epithelial cells and is activated by ECM collagen. This raised the question of how a signal induced by collagen controls the differentiation of luminal cells, which are not in direct contact with the ECM. RNA expression analyses showed that DDR1 activation leads to upregulation of Jagged 1 in basal cells. We hypothesized that Jagged 1 binds to and activates its receptor Notch1, expressed on adjacent luminal epithelial cells. Notch1 activation in luminal cells then drives their differentiation, allowing the formation of lobules (Fig. 4). Supporting this hypothesis, we found that collagen activated Notch1 in a DDR1-dependent manner, and that over expression of Jagged 1 prevents the stem cell differentiation block induced by DDR1 inhibition.

This work demonstrates a mechanism of organogenesis by which spatial signals induced by the ECM are transmitted by layered epithelium via the Notch pathway. It is an example of the power of organoid models to explore mechanisms of extracellular regulation of cell fate decisions in tissue development.

Two decades ago, our understanding of how tumor microenvironment regulates tumor progression has revolutionized breast cancer research and treatment [2]. We now know that during normal development, the microenvironmental context in which the cells exist and grow controls their function, their fate and even their identity. This realization has led to widespread efforts to develop human 3D organoid models of almost every organ tissue, with the goal to uncover the regulatory mechanisms that govern development, and how their dysregulation results in developmental defects and cancer. Combining organoid biology with high throughput methods such as Crispr-cas9 screens, scRNA-seq, genetic barcoding and lineage tracing is facilitating a better and deeper understanding of human tissue development and organogenesis, getting us closer than ever to achieving this goal. 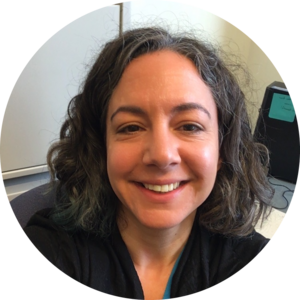