In vitro gametogenesis could revolutionize human reproduction. Unlike the transformation brought about by IVF and subsequent assisted reproductive technologies, intellectual property will shape this one.
David Cyranoski, Jorge Contreras & Victoria Carrington
3 contributors
Like Liked by Evelina Satkevic and 2 others
0

Over the past fifty years, intellectual property has not played a major role in the spread of assisted reproductive technology, but with in vitro gametogenesis — a technique likely to dominate the future of reproduction — it might.

Just over a year ago, I was quite surprised to read that companies were gearing up to commercialize in vitro gametogenesis (IVG).

Without a doubt IVG–which promises to enable the creation of eggs and sperm from adult cells–could be in widespread demand. Initial users will likely be people who never produced healthy gametes or who lost the ability to do so, for example, during treatment for cancer. It will probably come to be used by myriad women who struggle to produce sufficient healthy eggs for IVF. Some say even women undergoing IVF who can produce their own eggs will choose IVG since it will allow them to avoid the conventional egg extraction procedure, which is invasive and carries risks. IVG could also be an option for same sex couples that want a child who shares their DNA. And since IVG would enable large scale production of eggs, those interested in selecting embryos based on their genetic make-up could have 10-fold or 100-fold more options using in vitro gametes. The market could be huge.

What surprised me, as someone who had followed the advances in IVG and ethical concerns about them for over a decade as a journalist, was that these companies were already being launched, bringing in tens of millions in investment, and promising to end infertility. However powerful IVG might one day be, this is a bit premature. One CEO even predicted a human egg in 2023. That’s unlikely if by “egg” is meant a cell that actually passes the ultimate test of being fertilized and initiating a pregnancy. I also wondered how companies planned to recoup investment in an assisted reproductive technology (ART), especially one that had so far mostly been developed in unrelated academic labs.

The history of IVF and subsequent ARTs in general didn’t offer precedents. ARTs emerged in rapid succession in the decades after the birth of Louise Brown in 1978. But despite the intensive research that went into these technologies, such as intracytoplasmic sperm injection and cryopreservation, none were patented and they didn’t bring riches to their developers. This was in part because of a different mindset. Academic scientists, several of whom I spoke with or emailed, didn’t think to patent and profit off of technologies developed largely with government money, and there was little infrastructure to help them or coax them to do so. They were mostly motivated by the race for priority, publications, and fame.

What would the presence of commercial interests in IVG, which will likely drive the next generation of ARTs, mean for reproduction?

Among concerns are the effects of hype. Already a decade ago, women struggling to conceive and gay couples had been writing to researchers involved in IVG in hopes of using IVG to get pregnant. Researchers then had to relay the sad news that the technology was still at a very basic level. Companies intent on drumming up interest and investment now, however, are overstating the maturity of the technology. This could lead to dashed hopes. More worrisome, it might convince some that the technology is worth taking a chance on while researchers are still trying to sort out the many risks and lay out a safe path to the clinic. Over the past decade many companies have offered new products that, they say, increase chances of pregnancy, even if there is little evidence and no regulatory approval. People are ready to take chances.

Another concern is how business interest might affect access to this powerful technology. Even without patents on core ARTs, IVF is now a pricey procedure. While available around the world, it is out of reach for many. The IVG companies emerging now, with investment from Silicon Valley and elsewhere, are presumably aiming to pay back these investments. The next generation of ARTs, in which IVG will likely replace most of the tools and drugs of the current billion-dollar industry, could drive that reproductive health disparity even wider. A search of databases showed more than a dozen IVG patents. Some were assigned to the researchers who had made major breakthroughs in the field. Others, from the new companies, were making bold and broad claims, even though they had not published results backing them up.

The questions that arose from these patents, most of which are still pending, became the basis for our NBT Patent article. Can procedures like IVG even be patented? What would be the fate of patents making claims when the proof of principle–the birth of a child from in vitro gametes–has  not yet been achieved? How strong would the new patents be given that most of the foundational research had been done in unrelated, academic labs? Would these patents lead to higher prices for assisted reproduction?

At the time I heard about the new IVG companies, I was reading The Genome Defense: Inside the epic legal battle to determine who owns your DNA, the definitive account of the dispute, eventually settled by the US Supreme Court, over whether the BRCA breast cancer genes could be patented. Issues core to that case overlapped with what’s at stake with IVG. I contacted the author, Jorge Contreras, a legal scholar at the University of Utah.

Jorge was immediately interested in the IVG patent issue, especially as it relates to one of his core concerns: do patents achieve the goal, touted by their advocates, of accelerating innovation? Jorge had previously shown that patents can block progress in technology development and raise costs to consumers. He has followed closely the fate of efforts, through patent commons and patent pledges, to encourage sharing of intellectual property for social good, and he led efforts to convince companies to pledge Covid-related patents and reduce potential obstacles in vaccine or therapy development.

IVG will be a great example to study the impact of patents on innovation and access. In the early days of IVF/ART,  innovation occurred at a quick clip without patents. In the next generation of ART, it appears that patents will play a role. The comparison will be revealing.

Victoria Carrington, Jorge’s research assistant, joined us. Victoria is the president of the Student IP Law Association at the University of Utah and an up-and-coming IP lawyer with a background in biochemistry who is about to join Maschoff Brennan.

We tried to understand the potential impact of IVG patents. We considered whether the IVG patents will even stand, given precedents in which patents on natural phenomena or medical procedures were not allowed. We raised the question of how variations in the regulations among countries might lead to reproductive tourism. We also envisioned future patent disputes and how they might affect access. While the IVG breakthroughs to date have been carried out in academic laboratories which appear ready to maintain open access to resulting clinical use, emerging companies might be laying claim to crucial parts of IVG with the intention of restricting access. They might be able to do this whether or not  the inventors on the patents have actually achieved what they claim in the patents.

Nothing can be known for sure until a court steps in to weigh patent claims but the issues raised here show how high the stakes may be with IVG patents. 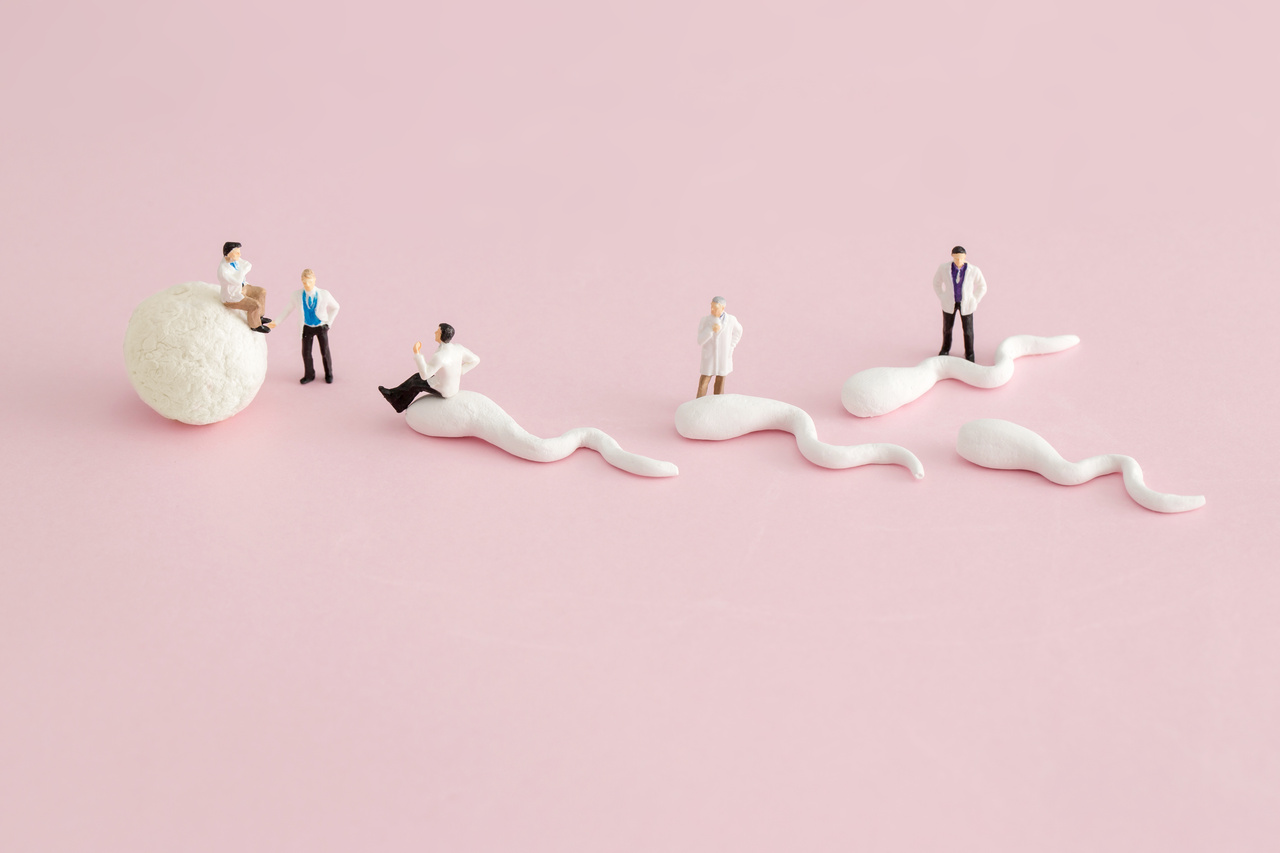 In vitro gametogenesis could revolutionize human reproduction. Unlike the transformation brought about by IVF and subsequent assisted reproductive technologies, intellectual property will shape this one.