How ultrasound, viruses, and engineered receptors work together to provide unprecedented noninvasive control of brain regions.

Studying and treating neurological and neuropsychiatric diseases requires the ability to modulate the activity of specific brain regions and cell types at specific times. To make such treatments feasible for a broad range of animal models and patients, the treatment should ideally be non-invasive. Is it possible to develop a non-invasive neuromodulation technology that combines spatial, cell type and temporal specificity?

This was the question I had in mind when joined the laboratory of Mikhail Shapiro at Caltech for my post-doctoral fellowship. The answer we came up with, a technology we named Acoustically Targeted Chemogenetics, or ATAC1, is the focus of our recent paper in Nature Biomed. Eng.

ATAC provides a method to control neural circuits by combining three relatively established technologies. The spatial specificity comes from focused ultrasound (FUS), a clinical technology in which sound waves are focused in the middle of the brain with millimeter precision. In ATAC, FUS is applied at low intensity in combination with systemically injected microbubbles, leading to local opening of the blood-brain barrier (BBB). The cellular specificity comes from an adeno-associated viral vector (AAV) that normally does not cross the BBB, but enters the brain at the site of FUS BBB opening and delivers a gene into neurons under a cell-type specific promoter. The gene is a chemogenetic receptor, in this case a DREADD, which, when expressed in a neuron, allows that neuron to be excited or inhibited by a systemically administered designer drug (Figure 1). We were thrilled to test this novel combination of technologies because, in principle, it would allow a brief non-invasive procedure (the BBB opening and viral delivery take less than 30 min) to sensitize one or more specific neural circuits to modulation with a simple pill. We were also drawn to the fact that each of the technologies underpinning ATAC is either already in clinical use/development (as is the case for FUS BBB opening and AAV) or headed in that direction (chemogenetics), such that if we succeeded, ATAC would have a shot a clinical translation. We decided to give it a go.

Figure 1. The concept of Acoustically Targeted Chemogenetics (ATAC). (a) The ATAC paradigm provides a combination of millimeter-precision spatial targeting using focused ultrasound, cellular specificity using viral vectors with cell type-specific promoters driving the expression of chemogenetic receptors, and temporal control via the administration of the chemogenetic ligand. (b) In the ATAC sequence, the blood-brain barrier (BBB) is opened locally using focused ultrasound, and systemically injected adeno-associated virus (AAV) encoding a designer receptor exclusively activated by designer drug (DREADD) enters the treated area. After several weeks, the DREADD is expressed in the targeted region in cells possessing selected promoter activity. At any desired subsequent time, the DREADD-expressing neurons can be excited or inhibited through one of the many chemogenetic drugs.

While the trio of methods involved in ATAC may be the perfect way to control neural circuits, it is also a perfect test of how many experimental techniques a Caltech postdoc and his collaborators can learn in a short time. While the Shapiro Lab does a lot of work with ultrasound, protein engineering and neural imaging, before embarking on this project we had never done FUS BBB opening, worked with DREADDs or conducted behavioral studies. Fortunately, Mikhail was supportive of me establishing these capabilities in our lab, and my colleagues Audrey Lee-Gosselin, Brian Lue and Dina Malounda, were willing to partner with us on this journey. 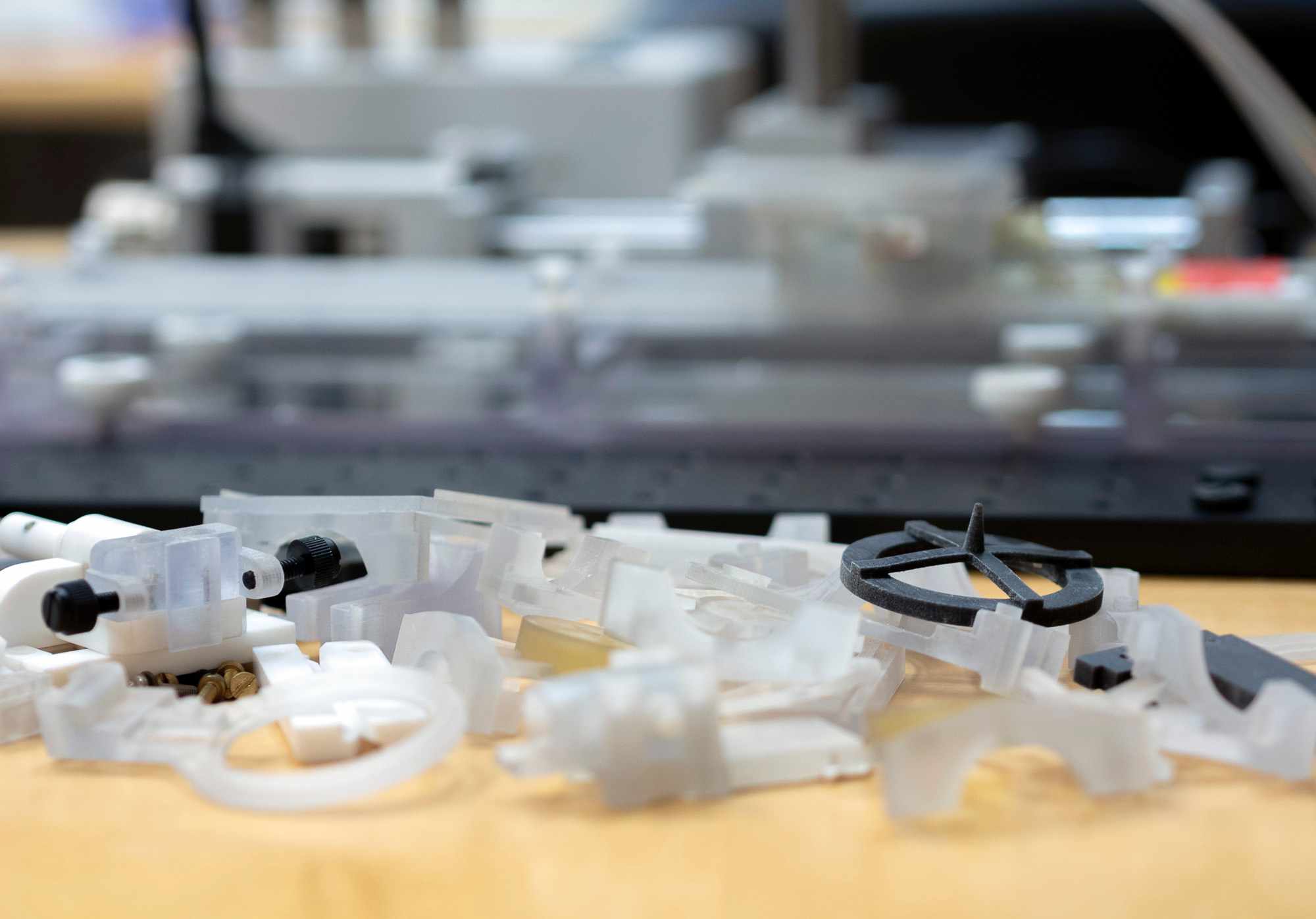 Figure 2. Some of the MRI-compatible 3D printed accessories used in the development of ATAC. The successful models can be downloaded from a web-site dedicated to ATAC.

Getting ATAC to work required solving a variety of nitty-gritty problems. For example, to achieve the best accuracy of spatial targeting with our focused ultrasound instrument, we needed to design and 3D-print many versions of MRI-compatible mouse harnesses and transducer holders, which led to a bag of prototypes (Figure 2). Spatial precision is particularly critical in mouse brains, which are just millimeters across. To help others avoid these problems in implementing ATAC in their labs, we have shared our printable designs, protocols, and equipment recommendations online. Of course, we also had to optimize our dosing of ultrasound intensity, microbubbles and viral vectors to achieve efficient and non-toxic gene delivery, and learn how to perform behavioral experiments to test the functionality of our paradigm.

This work ultimately paid off when we analyzed the results of an experiment in which we used ATAC inhibition of excitatory neurons in the hippocampus to shut down memory formation in a fear conditioning paradigm and saw a 2.4-fold reduction, on par with the best results of invasive techniques such as optogenetics. Brain sectioning and immunofluorescent imaging confirmed that most of our ATAC mice had beautiful DREADD expression in the targeted brain region and few signs of tissue damage from the BBB opening procedure. When I finished analyzing all the data from our control experiments and realized that ATAC really works, Mikhail and I celebrated over a coffee at Red Door Café, the epicenter of Caltech located next to our lab. The experimental mice were cured from fear, and so were we. 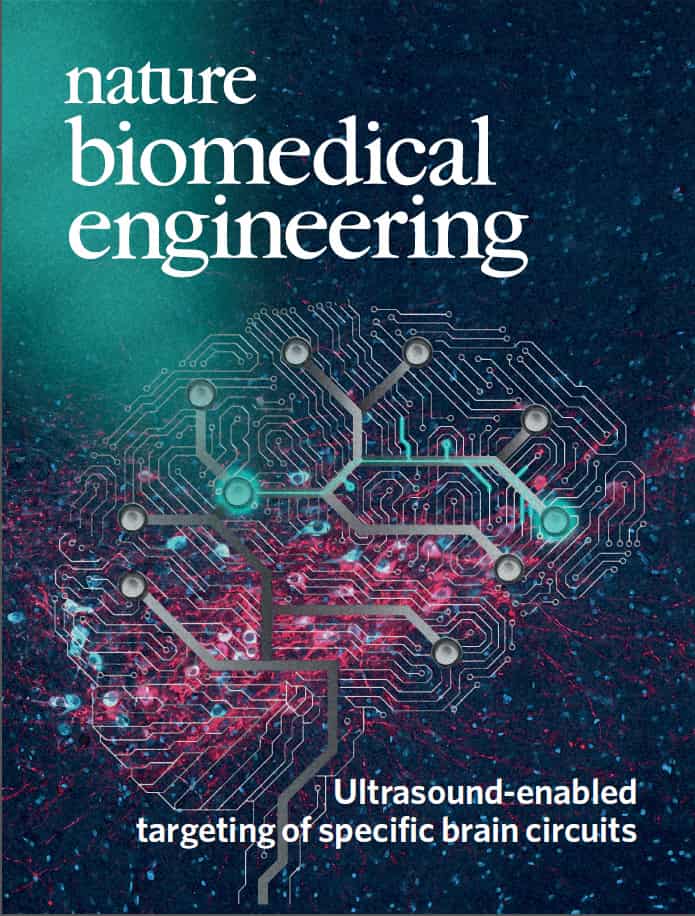 In addition to our fear conditioning experiment in wild type animals, which was aimed at demonstrating the basic functionality and potential translational relevance of ATAC, we wanted to make our technique as useful as possible for basic neuroscience by showing how it can be combined with transgenic mice. This combination can be especially useful when one wants to modulate a spatial subset of genetically defined neurons. In our example, we targeted a unilateral subset of dopaminergic neurons in TH-CRE mice with a CRE recombinase dependent DREADD construct, demonstrating expression and activation at the intersection of our ultrasound beam and the transgenic cell population. One of the immunostaining images from this experiment forms the backdrop of the beautiful journal cover illustrated by Maayan Harel and arranged by Alex Wing at Nature Biomedical Engineering (Figure 3).

Among my many takeaways from this project, I have gained a greater appreciation of the work done by behavioral neuroscientists. The amount of time needed to conduct and repeat experiments is extremely long, the experiments are time consuming, and the data is often noisy, necessitating large animal cohorts. It really helps to have everything planned and performed correctly from the beginning. We were fortunate in this regard to get help in the design and understanding of behavioral experiments from Dr. Moriel Zelikowsky – a brilliant neuroscientist working on mechanisms of fear and aggression in rodents, who is about to start her new lab at University of Utah.

We also appreciate all the pioneering work on chemogenetics, focused ultrasound and viral vectors that made ATAC possible. Without Bryan Roth’s development of DREADDS, Kullervo Hynynen’s and Elisa Konofagou’s demonstrations that FUS could open the brain to viral vectors, and many groups’ work on cell type-specific promoters, our project could not have happened. We were just lucky enough to come up with a way to combine these breakthrough advances in a novel multi-component technology.

Having demonstrated the basic capabilities of ATAC, we are now streaming toward further development of this paradigm as a tool for neuroscience and potential therapeutic applications. We are making viral gene delivery after FUS-BBB opening more efficient, improving the spatial accuracy of targeting, scaling to larger species, and exploring specific neurobiology and disease applications. Our ATAC on problems in neurobiology and medicine is just getting started. 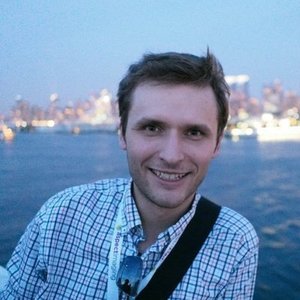 Seyedeh Ferdows Afghah
Nature Research Bioengineering Community
We use cookies to help improve your experience. By continuing to browse our website you are consenting to our use of cookies.
Learn more