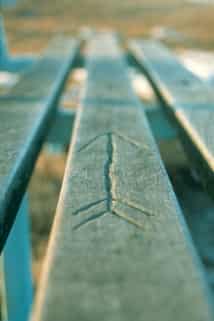 In my last contribution, I wrote that the gene revolution is finally arriving in Africa. Now I would like to explain what must be done to consolidate and progress this effort.

As a first initiative, Africa needs to focus on networking, which is necessary because the critical mass of scientists in developing countries is somewhat limited. When this is the case, networking can be viewed as partnering with equivalent institutions, which allows these projects to be done on a global basis.

Even the best agricultural science has no effect if quality seeds do not reach the farmer. In the US, the non-profit Crop Improvement Association is responsible for monitoring seed production and for the process of seed certification for a limited number of generations. In Brazil, EMBRAPA has Foundation Seed, which sells to seed producers under strict rules, before being sold to farmers. In both countries seed laws have been in effect for decades. Brazil passed a simple law to regulate the commercialization of seeds: the seed inside of a container or bag should correspond to the label outside. This law, which went into effect in 1965, changed agriculture in Brazil and in effect stimulated the seed industry in the country.

In addition, Africa needs a law to protect its breeding achievements and varieties, something similar to the Cultivar Law, essentially based upon the UPOV System. For reference, examine the Law # 9456 sanctioned in Brazil in April of 1997.

A second initiative deals with institutional building. I propose establishing the AGIAR – African Genetic Institute for Agriculture Research – to bring together the best geneticists in Africa. The AGIAR would then select staple crops – cassava, sweet potato, beans, sorghum and pearl millet – and make varieties that are free of viruses; resistant to drought and aluminum toxicity; and rich in protein, vitamin A and iron. To build something like AGIAR requires funding. The Scientific Academy of São Paulo decided 50 years ago to invest 1% of all state taxes into science and technology. The state contribution by São Paulo for the Brazilian NGP is today 40%.

Africa needs a similar long-term commitment to science and technology, and a tax deduction mechanism may be the way forward. The equivalent mechanism at the federal level in Brazil created 16 investing funds. This seems possible in Africa. A large international African fund can be built so that independent countries will contribute a percentage for science and technology projects in an amount equivalent to the percentage the fund gives back out for science and technology. Whether African countries will tag a percent contribution of taxes to science and technology in any country is of course decided by legislature. The main difference between developed and developing countries is that developed countries do not have acute social problems that compete with science and technology for the budget. A problem is showing how funding innovation will fuel an increase in GDP – the road between the two is very long. However, if money is requested for hunger, infant mortality and tropical diseases, and then it is explained that the solution to these problems will come from sophisticated innovative approaches such as green vaccines, then legislators might give academic research the benefit of the doubt. Why? Because innovation in itself does not render votes, but reducing infant mortality does.