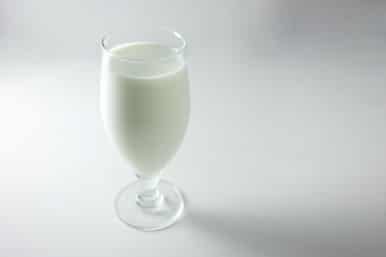 Biotechnology is growing in Brazil but has not reached the level of other countries. The biotech industry in the country is about the size of biotech in Georgia /USA.

Part of the problem is that there is competition with other countries, particularly China. Part of the problem is the regulatory limitations in Brazil, particularly in the area of intellectual property rights (IPR). I see some signs, however, indicating that international companies, big and small, are interested in moving to Brazil. I got in touch with two of these companies — Amgen and Bio-Sourcing. Amgen is an old giant, and Bio-Sourcing is a small company that will be dealing in Brazil with genetically modified animals to express pharmaceuticals for the veterinary area.

Based upon the growth rates of about 12% per year of the pharmaceutical sector in Brazil, Amgen expects that the country will become the fifth largest pharmaceutical market in the world by 2015 (up from 8th today). Amgen hopes to make its medicines available to patients in major markets around the world, including Brazil and its quickly expanding middle class. A key element of Amgen’s strategy is to ensure that the medicines produced by the company will in time be recognized by the Brazilian government, medical professionals and patients as best-in-class. They believe that despite regulatory difficulties, Brazil provides a favorable environment for clinical trials.

Thus, Amgen will invest not only in clinical trials but also in scientific research to demonstrate the quality of their products in their main therapeutic areas: oncology, hematology, nephrology and bone health. Its development interests span areas as inflammation, neurology and metabolic disorders. Considering clinical trials, Amgen distinguished in Brazil an interesting multiethnic population with a balanced age profile, competitive costs and high quality of research standards and professionals. Laboratorio Bergamo, a local, traditional therapeutics company bought by Amgen last year, will produce products for clinical trials. One can see that Amgen took its decision after an in-depth analysis that might eventually be followed by other companies in the pharmaceutical sector.

Bio-Sourcing exploits a unique technological platform that they believe has become the world leader in animal transgenesis. Bio-Sourcing is thus able to provide the industry with a cheaper production process that is both flexible and environmentally safe, according to sustainable development standards. The company develops its own pipeline of innovative products. Its molecules are produced through genetic engineering, within the milk of big mammals such as cows or goats. To this day, milk remains one of nature’s primary products, and is recognized as safe by regulatory authorities. It also allows for direct delivery, thus avoiding heavy purification constraints. This technology is a new breakthrough in human and animal nutrition as well as in dermo-cosmetics. Moreover, it is highly suitable to the production of monoclonal antibodies at a very low cost. Lastly Bio-Sourcing aims to play a part on the animal selection market, by mastering cloning and animal transgenesis techniques.

Bio-Sourcing is the sole owner GTC world exclusive license, which includes its technology, its produced proteins, its means of production, and its technology transfer to Bio-Sourcing, as well as its patents on all sectors except human drugs. GTC has already registered a medicine produced through animal transgenesis, both to FDA and EMEA, which is currently administered to patients. GTC has also developed numerous molecules, the main part of which being monoclonal antibodies.

Bio-Sourcing’s managing team has entered into discussion, at the decision-making level, with a major group in Brazil focused on monoclonal antibodies. Those industrial discussions seek to validate bioproduction projects that would be of interest to industry leaders in the country and might work safely and with efficacy in Brazil, according to the regulation in place by the CTNBIO – Brazilian National Biosafety Commission.

On the one hand, BioSourcing will consider only products previously reviewed and approved by industrials. And Bio-Sourcing will allocate its production and development means to its Brazilian subsidiary.

Accustomed to Brazil’s language and culture, Bio- Sourcing’s CEO has already made contact with local players. Brazil is highly receptive to transgenesis techniques, but it also has attractive production costs, great know-how in milk industrialization and a dynamic internal market – all of which should help Bio-Sourcing succeed.

Bio-Sourcing already has its own patents, in particular regarding an innovative molecule that could become a blockbuster, thanks to multiple applications in different sectors. Its management team has experience as chairman, CEO, chief business officer and chief scientific officer in major international groups. Clearly, Brazil being a giant in animal husbandry has attracted Bio-Sourcing, but in this case the regulatory environment in Brazil might have played in its favor, too.