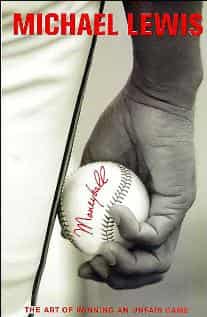 What makes a great venture capitalist? Conventional wisdom says it’s the experience, expertise, Rolodex, and the visionary eye for spotting the Next Big Thing.

But what if this were wrong? What if the important variables in the statistical game of hitting one or two “grand slams” in a VC portfolio, which then make up for the dead or dying companies, could be identified and replicated? Why can’t there be a Moneyball moment for the VC industry?

Enter Correlation Ventures and Ulu Ventures, two new firms with heavy emphases on ‘quant’ approaches. Launched in stealth mode in 2010 with limited partners including University of Texas Investment Management Company and others, Correlation’s co-founders David Coats and Trevor Kienzle spent years building a proprietary database of company data and outcomes from which to mine for variables critical to success. This was not trivial; data on private companies is just that, private, and Messrs. Coats and Kienzle forged relationships with Dow Jones and multiple VC firms to access historical non-public data. For hundreds of historical deals, they catalogued over 50 variables, such as syndicate composition, management experience, and, most importantly, outcomes metrics for those investments. Correlation could then run multiple regression analyses and identify those variables that account for the most variance. Now in the business in making new investments, Correlation is able to conduct due diligence quickly – typically within two weeks – by entering relevant inputs into their model and adhering to a strict threshold on overall profile before doing deals. They expect to invest in 50 to 75 companies with the average investment size between $1 million and $4 million.

“There is a pervasive notion [in venture capital] that the best investors are intuitive pattern matchers with an uncanny ability to spot new market opportunities,” says Clint Korver, partner at Ulu Ventures in Palo Alto. Korver and co-founder Miriam Rivera believe that quantitative analysis can enhance experience by allowing intuition to be intelligently applied to investment decision making. Unlike Correlation, Ulu takes a Bayesian approach, explicitly incorporating expert judgment about the future into their models. Ulu first builds a map of the key drivers of risk and value for a startup, including factors such as life stage risks, total addressable market, margins, competition, exit multiples, and future capital needs. Ulu then combines intuition and data to assess possible ranges and probabilities for each of uncertainty. A cash flow model ties it all together, allowing Ulu to perform sensitivity analysis and focus due diligence on the risks that matter most. Korver says “while we look for companies with probability weighted multiple on investment of 10x or better, we do not blindly follow the numbers. We make decisions based on a compelling story.”

There are several intriguing elements in the new “quant VC” development. First, we would argue that an important aspect of what VCs mean by “experience” is indeed being an expert pattern matcher – quickly identifying pitfalls and seeing the ingredients for success. A strict quant approach like Correlation’s is essentially the same thing, but with the added benefit of removing cognitive biases and prejudices and, importantly, discovering relationships between variables and outcomes heretofore unrecognized.

Second, our hunch is that the general applicability of the approach varies depending on the sector. One obvious challenge is that quantitative approaches to investing, be them in public or private markets, are necessarily backward-looking in that they use historical data, and there can be no guarantees that the future will replicate the past. We see this challenge as most relevant to sectors undergoing significant dislocation, such as healthcare, in which legislative reform and widespread restructuring is redefining value drivers in the industry. Similarly, it is unclear how quantitative metrics can inform investment decisions in de novo fields such as renewable energy or nanotechnology with no historical precedent. Another point to consider is the extraordinary holding times now required for VC-backed healthcare investments – more than five years from seed investment to exit, according to recent data from Silicon Valley Bank.

But those data are restricted to companies that actually had an exit; many, many more are held much longer. Ten years seems like a lifetime in a high technology industry, and to compress that period into inputs and outputs seems ripe for misattribution.

By contrast, IT and software industries have a rich investment history dating back to the birth of the VC industry with multiple business cycles and thousands of data points. IT businesses, in particular, are largely driven by market forces as opposed to scientific hypotheses, which also make them easier to model. The time to market is also significantly shorter. Groupon, which recently completed a $700M IPO, was founded in 2008, just four years ago – that’s value creation at breakneck speed. Consider these advantages in light of recent data published by partners at Atlas Ventures and Highland Capital suggesting that IT investments exhibit significantly higher variability in their return multiples compared to life sciences investments.

With 100x outliers, such as Facebook and Zynga, the larger variance may lend itself to delineating key factors for success in IT investments. Not surprisingly, tech-orientated VCs including Google Ventures are beginning to embrace quantitative approaches to uncover lessons and refine their investing approach.

We’re attracted to the data-driven nature of the quant approach, and how Correlation makes and monitors investments is certainly more sophisticated that we can appreciate. But the jury is still out in whether venture-like returns will follow, especially in industries with high capital costs and long product development times, such as life sciences and healthcare. That said, with the venture capital industry contracting as a result of poor historical returns, quantitative venture capital offers an innovative approach for limited partners to mitigate risk and systematize early-stage investing with lean investment teams. Perhaps the rise of quantitative VCs also reflects the maturity of the industry, now with 30 years of ample historical data and the necessary informatics technology to digest it.

Innovative investing styles should be just as welcomed as innovative technology in the VC industry.