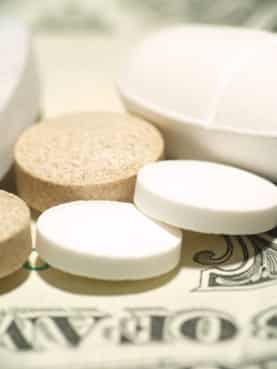 Last week, FDA Director of CDER, Janet Woodcock, lectured to a full house at the Mission Bay campus of the University of California – San Francisco.  She spoke on ways academic research centers could play a larger role in the development of new medical technologies.  I very much enjoyed the talk, the slides for which are available here.

One aspect of her talk struck me as surprising.  At the start of her presentation, as she set the stage with a description of rising healthcare costs and the significant challenges to developing new medical technologies, she cited the oft-repeated statistic that new drug development requires 10-12 years and costs over $1 billion dollars.  It was a casual remark, not controversial in the least, and since she was stating the obvious, the audience did not so much as blink as she proceeded to the main points of her talk.

I found this a little strange because Dr. Woodcock’s use of the statistic, as I interpreted it, was a tacit acceptance that the numbers are true.  Keep in mind that the FDA is often criticized as being largely responsible for the significant time and expense of new drug development.  Many industry analysts argue that it is due to FDA’s stringent regulatory hurdles that new drug development requires so much time and money.  To what extent this is true is subject to much debate, but I think it’s safe to say that, if I were at the FDA, I might not accept so willingly the magnitude estimates of a problem that I supposedly helped to create.

The numbers are indeed staggering: Ten to twelve years and over $1 billion dollars to develop a new little pill.  Comparisons to “Hollywood economics” and the film industry are often made, but I think oil field exploration is probably more accurate.

These figures were calculated by researchers at the Tufts Center for the Study of Drug Development (TCSDD), an academic think tank focused on the pharmaceutical industry.  The numbers are endorsed by PhRMA, the pharmaceutical industry organization, and they are often used as a justification for the high price tags on new therapies.  How else can a company recoup the significant time and investment in a new product but to charge upwards of $100,000 per year for its use?

These estimates have never sat well with me.  In my opinion, the 10-12 year, $1 billion dollar notion is misleading at best, and flat wrong at worst. Here are two reasons why.

First, these figures are based on historical data.  Specifically, they are based on the R&D expenditures on select new drugs originating in the major pharmaceutical companies, which most recent estimates use data to around 20051.  This is misleading because it measures how much it did cost, not how much it should or could cost.  So, while the bloated infrastructure and wasteful spending of Pharma companies during the boom years of the 1990s and 2000s is widely criticized, those expense measures are accepted as an accurate metric of “true” drug development costs?  Seems strange to me.  If a small town of 50,000 residents has a budget of $10 million, does that mean that it costs $10M to run a small town of 50,000 residents?  Not necessarily. Does it really cost $250 million to execute an inmate on death row in California? Yes, it can, but it doesn’t necessarily cost that much2.

Second, the estimates will go down in the future.  One obvious reason is that Pharma is slashing its R&D budget, so the denominator in the equation is shrinking. Acquisitions and in-licensing have costs too, but not as high as fully-integrated internal R&D and strategic transactions can be structured to mitigate risk (stage of development, option to license, CVRs, ability to terminate, etc.).  Furthermore, drug development strategies, especially clinical trial practices, are trending toward smaller trials in select patient populations with greater use of biomarkers.  These changes appear to reduce both sunk costs (money actually spent on discovery and development) and the cost of failure (which constitutes a substantial of the time and expense estimates), not to mention a positive impact on regulatory and payer reimbursement strategies.

Drug development is very expensive and lengthy, no doubt, and the TCSDD authors acknowledge the variability across companies and across therapeutic areas.   But my point is that the use of the 10-12 years, $1 billion notion is quickly becoming outdated, if it isn’t already, and is therefore misleading (not to mention self-serving).  So should we expect lower cost innovative drugs in the future?  Maybe, but I don’t expect the costs savings will be quickly or willingly passed on to consumers.  I absolutely believe that the FDA should not lower its safety and efficacy standards, though there is room for updating and validating new clinical endpoints for some diseases. Fortunately, structural changes in how pharma does business in addition to advances in translational medicine means they won’t have to.

Feel free to place your comments below.