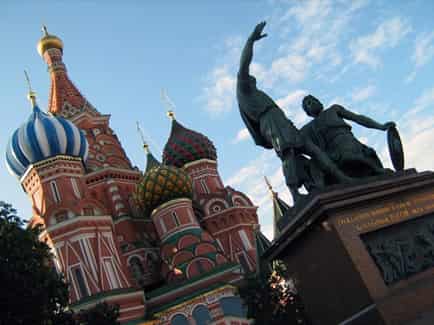 Happy New Year to everybody reading my first post on Trade Secrets! 2013 was a successful, rewarding and promising year for many of us in biotech. In particular, it was another year of a double-digit growth in Russia. Russia’s healthcare market is expected to reach US$100 billion in 2014 with over US$30 billion spent on pharmaceuticals. This is being driven by a growing economy, as well as both foreign and local private investments, and increasing support from the Russian government. Major Big Pharma players have realized the potential in Russia and collectively have recently announced their plans to invest over US$1 billion into manufacturing facilities (the group includes Novartis, AstraZeneca, Novo Nordisk, and Takeda) and to seek partnerships here.

Yet there is a problem: there are opportunities in Russia for the international VC community, for start-ups, for academics and for small and medium enterprises, but few know it. With this blog I plan to demystify and rationalize Russian’s success story, as well as compete with the usual Russian-related headlines concerning Putin’s ‘vigorous torso’, controversy around anti-gay propaganda, exclusive interviews with Pussy Riot and Mikhail Khodorkovsky, as well as the lack of snow in Olympic Sochi. It may be an overly ambitious goal, but I hope this blog will be timely and helpful for readers.

I am a strong believer in coupling the attractive, vast US biotech world and the sizeable smart money found in Russia. I am the Managing Partner at RMI Partners, a private VC firm overseeing the largest Central and Eastern European (CEE)-based global Life Sciences VC fund, valued at US$500 million, backed by the Russian State RUSNANO Corporation. Since being created in 2012, we’ve completed 9 VC investments in the US with our strategic partner, Domain Associates. We are also managing a major investment by RUSNANO and Domain Associates into NovaMedica.

I’d like to focus on the implications of Russia/CEE/BRIC developments toward the major markets of US and Europe, especially where I have a practical angle.

I welcome feedback and your competing idealistic visions and especially practical proposals! I’ll be blogging here and you can comment below, but I can also be reached via Twitter at @biotechDNA or on LinkedIn.

I’m guessing that next week would be busy for many of you. Me, too: I’ll be trying to survive the JP Morgan healthcare conference. But I’ll post again here soon with some observations (and facts).