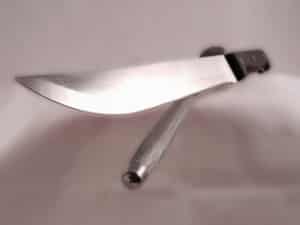 The success story of Yosef Behrend suggests an unconventional, though seemingly straightforward way to create a biotechnology business.

In order to set up new companies, biotech entrepreneurs often look for groundbreaking technologies and unmet medical needs but Yosef Behrend has carved out a thriving  niche business in what is probably the oldest branch of biotechnology – fermentation.

Behrend decided to set up his own company, Fermentek, after studying and teaching industrial microbiology at the Hebrew University and working in R&D for the Sigma-Aldrich Corporation in Israel and the U.S. He  observed  that the commercial application of fermentation products  created by microorganisms was an underexploited field

Today Jerusalem-based Fermentek markets more than a hundred products – all based on biochemicals that Behrend and his staff have isolated and identified as having commercial applications.

Setting up the company was not expensive, Behrend explains, because he initiated his operations through conducting literature searches based on his expert knowledge of the microorganism field. He also saved on marketing expenses by establishing international distribution deals with leading companies like EMD Biosciences, Apollo Scientific, Enzo Lfie Sciences as well as  Sigma-Aldrich.

By pinpointing products not listed in the catalogues of the global biochemical providers, and by enabling the large companies to market his products under their name, Behrend worked out a win-win proposition for both sides. He has been able to leverage  the extensive sales forces of the international players, while  maintaining his own  independence and grow his business as he sees fit.

Currently Fermentek has 12 employees and more than $2.5 million in annual sales. The company is moving into new fields as it unveils a number of biochemicals with active pharmaceutical ingredients (APIs) that originate from microbial fermentation. Products being developed in collaboration with drug companies target oncological and dermatological indications for drug development.

Still, the main users of the antibiotics, enzyme inhibitors, ionophores, signal transduction agents, mycotoxins and other  biochemicals developed by Fermentek are researchers at life science companies, universities and government institutions.