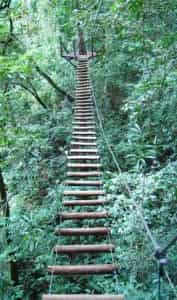 Any bioentrepreneur considering a start-up to develop a new drug is quickly bludgeoned by the conventional wisdom that such a venture is too expensive and too high-risk to attempt.  One whack is the often-cited sound bite cost of $800 million per new approved drug that was reported by DiMasi, et al, and which is now up to $1.7 billion or more (see Munos 2010).  Another is the high failure rate of drugs in human trials (see a list of ten drugs that failed in Phase III in 2010, supposedly the least risky phase, compiled by Fierce Biotech).  With the major pharma companies scrambling to find a formula for profitability, smaller companies crashing and burning (or rarely getting bought out), and venture capitalists running for the exits, entrepreneurs should steer clear of drug discovery and development.  Or should they?

Entrepreneurs see challenges as opportunities and their companies became leaner and meaner to reduce costs and risks.  The “virtual” company became the preferred mode of operation and used just-in-time contracting to lower overhead costs and to generate proof-of-concept data to enable their go/no-go decisions.  Now start-ups and established companies alike use contract research organizations located down the street or across the globe and tout their decision-making acumen.  More recently, entrepreneurs and their backers are using a specific type of virtual company structure, in which the company is a stand-alone limited liability corporation (LLC) with the goal of bringing a drug candidate to a clear and fundable “value inflection point” or closing up shop before major money is needed.  The LLC structure makes it possible and attractive for a big pharma to buy into the company as a investor and get an option to buy the company and its drug after proof-of-concept and value is shown.

There are a handful of companies using this approach, but other than garnering their start-up investment money, none has proved out the concept.  Here in Boston, Nimbus Discovery was founded in 2009 and counts as one of its investors the cautious Bill Gates. The company uses the LLC  model in that each drug development program is in “its own dedicated subsidiary” that can be acquired outright through purchase “without the costly infrastructure, operating burn rates, and downstream obligations associated with traditional acquisitions or licensing deals” (Nimbus Partnering).  Also locally, Exponential Pharma Partners (EPP) was started in 2009 to cost-efficiently develop early-stage drugs and in the past two years has set up two LLC ventures.  In 2010, EPP and Embara NeuroTherapeutics partnered to further the clinical development  of a combination drug, EMB-001C, for treating cocaine dependence, and EPP started LipimetiX based on AEM-18, a peptide which “is being developed for genetically induced refractory hypercholesterolemia, an orphan indication that leads to early cardiovascular disease.”  Another company using the LLC structure is Resolve Therapeutics of Kirkland, WA, whose focus is a drug to treat lupus, an orphan disease, that was licensed from the University of Washington. Resolve’s CEO, Jim Posada, offered a ballpark estimate of their costs when he was quoted in May of this year:  “the model can only really work in specific types of diseases, where it is possible to create value with a new drug after only $10 million to $15 million of early stage testing.” The National Organization for Rare Diseases says there are more than 7,000 rare and orphan diseases afflicting about 30 million US citizens, and there are hundreds of millions around the world suffering from diseases with no or inadequate therapeutics. In other words, there is a lot of opportunity to be entrepreneurial.

So what do I think is needed to take the LLC short cut?  Start with a drug prototype that: