Are Green Vaccines Appropriate for Africa? 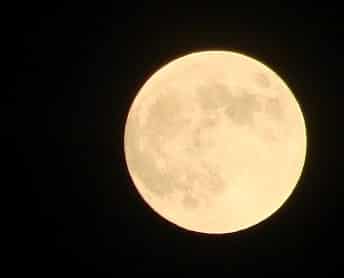 I have mentioned several times here, and elsewhere, that my lab works on expressing vaccine-relevant viral proteins in plants – and that I think this is a highly appropriate technology for the purpose.

For all the good it will do, I have even nailed my colours to the mast, with a recent declaration in BMC Biotechnology that we have “…set up a platform for plant-based influenza virus vaccine production in South Africa.”

Why do I think so highly of the potential of Green Vaccines?

I have explained this in some considerable depth in a couple of reviews of recent vintage (see here); suffice it to say that the technology lends itself very well to “orphan” or “niche” vaccines, because of what is in effect infinite scalability of production.  It is also very well suited for manufacture of “rapid response” vaccines, such as those directed against pandemic influenza and bioterror agents: indeed, no less an agency than the US Defense Advanced Research Projects Agency (DARPA) launched in 2005 an Accelerated Manufacturing of Pharmaceuticals (AMP) programme that included an investigation of the suitability of plants as a manufacturing platform for the purpose.  In 2009, as a response to the H1N1 “swine flu” virus pandemic, they initiated the “Blue Angel” effort, which is

part of which has involved funding several companies to demonstrate a capability to use plants to produce 100 million doses of influenza vaccine a month.  This work is now significantly advanced, with several manufacturing plants having been built, and at least one company having achieved all its targets so far.  Thus, it appears as though the promise of biopharming could be about to be realised, finally – and with the help of the US government, no less.

Why are products so slow in coming, then?  While there are a number of reasons for this, possibly the most important are sheer inertia on behalf of established vaccine producers, who have huge amounts invested in conventional manufacturing processes; high monetary barriers to entry into especially the human products market, because of clinical trial costs; and perceptions of a difficult regulatory process, especially for products intended for use in humans.  Indeed, a 2012 Jordan Report on Accelerated Development of Vaccines makes no mention whatever of plant-made products in its 186 pages of expert review, which possibly sums up the opinion of the vaccine research mainstream.

However, while established manufacturers may be reluctant to engage with the new technology, the significant increase in recent years of dedicated clinical-grade manufacturing capacity using plant-made raw material may allow them to be bypassed.  For example, Kentucky BioProcessing (Owensboro, KY, USA) offers contract cGMP manufacture, which should greatly facilitate production of candidate vaccines or therapeutics.  Other companies and institutions with in-house cGMP production facilities and experience with human clinical trials include Protalix Biotherapeutics (Carmel, Israel), Icon Genetics (Halle, Germany), the The Fraunhofer Institute (Aachen, Germany), the Fraunhofer Center for Molecular Biotechnology (Newark, DE, USA) and Medicago Inc (Quebec City, Canada).

The regulatory barriers are also more perceived than actual, with both the US Food and Drug Administration (FDA) and the European Medicines Agency (EMEA) having licenced plant-made products for clinical trials, and the very recent full FDA approval for Protalix’s carrot cell-made taliglucerase alpha for treatment of Gaucher Disease in humans being seen as a major development in biopharming.

The toughest barriers for human-intended products, then, are probably the reluctance of the mainstream vaccine research and development community to engage, and the huge cost of late-stage human clinical trials.  While perceptions may change, costs will not: a recent publication by the Malaria Vaccine Initiative had this to say.

Thus, while it may be possible to make clinical lots of human vaccines and therapeutics from plants, and even get them approved, raising the cash to test them is still largely an unresolved issue.

However, while the biopharming research community has largely concentrated on how plant production could be used for human vaccines and therapeutics, it has not escaped our attention that it is perhaps even better suited to production of animal vaccines.  Indeed, there have been successful proofs of efficacy of vaccines for Newcastle disease of chickens, foot and mouth disease, rabbit haemorrhagic disease and cottontail rabbit papillomavirus, among others, and USDA approval for release of the Newcastle disease vaccine by Dow AgroSciences LLC was obtained as long ago as 2006.  The regulatory path for animal vaccines is far shorter and less rigorous than for human products, there is a shorter time to market, and quicker return on investment, and issues of side effects and even efficacy are less of a problem.

So where are the plant-made animal vaccines?  There is a not a single product on the market: it is still a matter of mystery to many of us why Dow should have produced and licenced an animal vaccine – and then shelved it.  One major problem with vaccines intended for use in farmed animals, as opposed to companion animals, is that of cost: products have to be inexpensive if used in a commercial farming environment, or completely subsidised if used in the context of prevention of spread of disease in resource-poor settings.  For example, a 2009 paper reports that vaccination of rural chickens in Tanzania had to be done at US$0.001 per bird just to cover vaccine cost, and even that price was unpopular.

“…the potential returns for animal vaccine producers are much less than those for human vaccines, with lower sales prices and smaller market sizes, resulting in a much lower investment in research and development in the animal vaccine area than in the human vaccine area, although the complexity and range of hosts and pathogens are greater.”

And the range of hosts and pathogens is possibly nowhere greater than in Africa – with the added problems that most livestock farmers in Africa are resource-poor, and many of the diseases found here are not important in developed countries and are therefore not targeted by the big vaccine manufacturers.  This probably accounts for why the Global Alliance for Livestock Veterinary Medicines (GALVmed), which has its mission “To make a sustainable difference in the access to veterinary medicines by poor livestock keepers in developing countries,” has identified the African diseases East Coast fever and Rift Valley fever, as well as Newcastle disease and porcine cysticercosis, as its primary new vaccine targets.

While there are vaccines produced in Africa – examples of manufacturers are the South African companies Onderstepoort Biological Products and Deltamune, the Botswana Vaccine Institute, the Laboratoire Central Vétérinaire, Mali, the Kenya Veterinary Vaccine Production Institute – the cost, the lack of supply and the sometimes dubious quality has undoubtedly influenced GALVmed’s mission.  For example, up to 75% of small-scale livestock owners in Kenya perceived available vaccines to be ineffective – and were prepared to pay only $US0.20 per cow for a vaccine against East Coast fever costing 15 times as much.

GALVmed’s approach is to more widely disseminate existing vaccines and the technology to make them, an approach that, although obviously effective, is still a conservative one.

This is where the door looks to be open for the introduction of plant-made or “Green Vaccines” into Africa: I opened by saying the technology was well suited to orphan vaccines because of infinite scalability; add to this the benefit of much lower cost of material, and another means of fulfilling the stated mandate of a well-supported international NGO becomes clear.  Possibly for the first time in modern vaccinology, we have a technology that allows the same means of production to be used at very different scale, depending on the size of the batch needed – without investing anything in stainless steel for fermentation or cell culture.  For example, different-sized greenhouses could act as vaccine-specific production facilities, to feed into the same downstream processing unit and vialing and packaging facility – which could be the same one used by an established conventional facility, which would dramatically cut development costs.

In fact, this is such a sensible idea that it may already be happening – and in a most unlikely location.  In South Africa, my group and another at the Council for Scientific and Industrial Research (CSIR) Division of Biosciences in Pretoria were smug in the knowledge we were unique on the continent in our quest for Green vaccines.  It was a huge surprise, therefore, when I received a Masters dissertation to examine from the University of Botswana that described using Tobacco mosaic virus (TMV) capsid protein fusions to display Foot and Mouth Disease Virus (FMDV) peptides as a potential FMDV vaccine.  This project derives from a programme started at UB by Larry Grill, one of the two founders of the now (sadly) defunct Large Scale Biology Corp, who is now director of the Ferré/Marquet Vaccine Research Center at Pitzer College in Claremont, CA.  The Center has been working since 2009 with UB researchers to create various vaccines, including a pilot project on lumpy skin disease, which is caused by a cattle-specific poxvirus.  While there are commercial vaccines against lumpy skin disease, these are apparently not working very well in Botswana – and given that according to the Food and Agriculture Organisation (FAO), the disease is enzootic in most of sub-Saharan Africa and is an emerging disease threat to the Near and Middle East, it is a matter of some concern that it be controlled.

We heard from Larry at a lecture in Cape Town recently that the Botswana collaboration may be expanded, if funding is forthcoming, to include a GMP suite added onto existing facilities at the Botswana Vaccine Institute: this would allow processing of greenhouse-produced plant material in parallel with conventional activities, for final formulation and packaging alongside their other products.  A similar model is presently being discussed with appropriate funders in South Africa, with the possibility of a modular pilot GMP-certified extraction facility being imported from the USA that would feed into existing vaccine manufacturing facilities.  Products that could feed in soon could include avian influenza virus haemagglutinins, orbivirus virus-like particle vaccines, and possibly orphan vaccine candidates for various African haemorrhagic fever viruses, for example.

These are exciting possibilities indeed, which require quite serious funding to realise them.  It is also possible that everything could be done using local talent and locally-developed vaccine candidates – because the alternative is waiting for the rest of the world to do it, and then importing the technology.

We in Africa would really, really would prefer not to do that.  And if it does pan out that way – ah, well, at least we have the promise of a new radio telescope.  Or most of one, at least.  Hooray, he says, faintly.