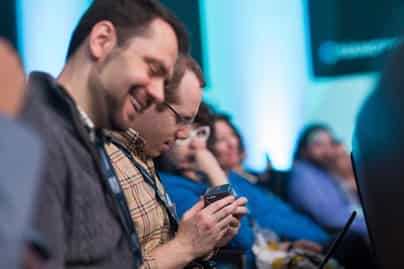 Oxford Nanopore Technologies invented the MinION device – a pocket-sized DNA/RNA sequencer that is based on protein nanopores set in an electrically resistant polymer membrane. It works by passing an ionic current through the nanopores, creating a specific disruption pattern in the current that is used to identify the molecule. This is similar to the antennae of insects, and it fascinated me. So, I wrote to Oxford Nanopore expressing my wish to join its MinION Access Programme (MAP).

MAP is a community-focused access project that started in Spring 2014. Its philosophy is to enable a broad range of scientists to explore different ways MinION may be useful to them, to contribute to developments in analytical tools and applications and to share their experiences and collaborate. This year I received an invitation to submit an abstract to a conference hosted by Oxford Nanopore called “London Calling.” The two-day conference was opened by Dr. Gordon Sanghera, the CEO of Oxford Nanopore Technologies, who explained to the international audience that London Calling is the third studio album by the English punk rock band the Clash.

The first question one might have is, Does the Nanopore technology actually work? The answer is yes. All speakers, who were part of the early group of MAP users, produced sequences using MinION. Nick Loman showed that he could identify Salmonella as the source of food poisoning in just 100 minutes of sequencing. Moreover, Jared Simpson produced a complete Escherichia coli K-12 MG1655 genome assembly having 98.4% nucleotide identity compared to the finished reference genome. This means that the MinION sequencing data can be used to reconstruct bacterial genomes without the need for a reference sequence.

All of the first-wave of MAP winners utilized the first generation application-specific integrated circuit (ASIC), which has 512 channels to prepare and relay the information from each nanopore to the host laptop (read 30 bases/sec). Imagine what they could have done if they had the next generation MkII MinION device with the next generation of ASIC, which has 3,000 channels. The new method of analysis, Fast Mode, plans to increase the speed from 30 bases per second per nanopore to around 500 and the ASIC is capable of going up to 1,000!

I was also interested to see two new additions:  the PromethION, which is expected to contain 144,000 channels across 48 flow cells, each capable of running multiple separate samples yielding up to 6 Terabases per day; and the Voltrax, a device that fits on top of the MinION or the PromethION and automates the 6-12 samples preparation.

That has me thinking about how these products will be suited to sequence whole human genomes, and the applications of this in the field of genomic medicine.

When the day was over, we went to the conference dinner at the Skyloft, which had panoramic views of London. Yet this was overshadowed by the news of MinION going to space. Yes, NASA’s Astromaterials Research and Exploration Science division plans to fly a few MinIONS to the International space station. Given the confined space within the International Space Station and the necessity to conduct experiments within it, the mere size of the MinION makes it an ideal instrument to study the existence of terrestrial nucleic acids and proteins, as well as possible infectious outbreaks in space stations of the future.

Up next: Day 2 of the conference