Can Brazil become a biotech superpower? 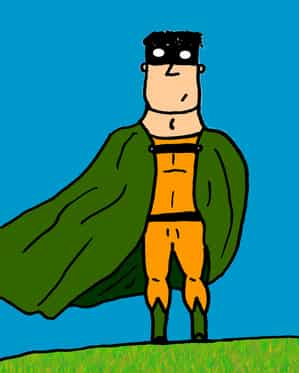 As a scientist, professor and entrepreneur, I’ve been following and participating in the Brazilian biotech history for the last 12 years. Like many researchers in Brazil, I studied abroad – supported by the Brazilian Research Council – and understood earlier than some the difficulties in returning to Brazil. So I continued to perform as a researcher. But we do return!

My path, initially more naïve than realistic, was to create one of the first biotech companies in Brazil (1999). In the past 12 years, I’ve observed the fantastic number of Ph.Ds graduating every year in Brazil. The amount of research funds available multiplied several times. In 2010, more than 7.5 billion reais (US$4.7 billion) were invested in research just at the federal level. It’s also important to note that even during economic difficulties (2008-2009), there was a steady funding because of Fundos Setoriais, a special system created in 1999 that guarantees investments independent of the government’s annual budget.

So Brazil has prospered significantly in terms of number of Ph.Ds, publications and funding. But the big step, unique to biotechnology, is the link between science and entrepreneurship. The gap between industry and academic science is huge. To be able to transform science into innovation (which is just a cool way of saying transform science in wealth) requires new types of investment – not only economic but also philosophic. The Brazilian biotech industry is absorbing some of this knowledge, but it must also change philosophically. Until recently, it was absurd to think a company could be located at a university campus, and even now some people still think that entrepreneurs are there just to suck all the “wealth” that the university produces.

The problem is that if researchers only exercise their vanity by publishing in high-impact journals and do not transfer discoveries to industry, we as society will not benefit from the money invested into the researcher. (Of course we need to preserve academic research, which is fundamental for the applied science.)

But the winds are changing! Over the past 5 years, there was a fantastic change and stimulus to improve entrepreneurship among Brazilian scientists, mainly by creating programs that support new companies (Programa PRIME), venture investments (Program a Inovar e Criatec) and also by supporting companies to perform R&D and innovation (Subvenção Econômica).

Nevertheless, the established Brazilian industry is facing global competition and the need to innovate is urgent. Several traditional businessmen believe that in other to increase the technology of their companies, they only need to buy a new machine! The added value of technology is tremendous, but in the 21st century economy, technology and know how are key players on the value-added chain of manufacture.

This blog will be an excellent opportunity to present and discuss several points, not only affecting Brazil but also the global scenario.

The views and opinions expressed here are entirely those of Fernando Kreutz and may not represent those of his firms and associations.