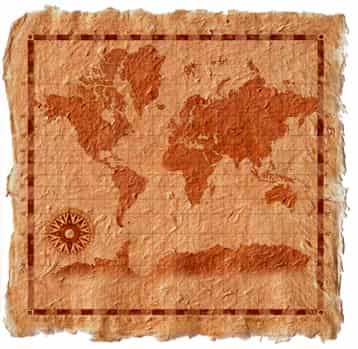 The Br-Biotec, with the support of APEX-Brazil and the collaboration of BIORIO and CEBRAP, performed a significant evaluation of the biotechnology enterprises in Brazil. Partly the idea was to focus on identifying companies in Brazil that have biotech as their main activity or are developing major biotech projects.

We tried to answer questions such as: How many biotech companies exist in Brazil? Where are they? In what field are they working? What are their revenues and how many employees do they have? Regarding their businesses: Do they export, import, have patents, and/or collaborate with research institutions?

We included in the study biotechs as defined by the OECD and Nature Biotechnology. (For Nature Biotech’s feature on public biotechs, go here.) Based on the applied methodology, we estimated 237 biotechs in Brazil.

The majority of Brazil’s biotechs are less than 5 years old. And 85% are micro or small-sized, earning less than 2,4 M reais per year (around US$1.5M dollars). 65% have less then 20 employees.

Biotech have highly educated professionals: for companies with 1 to 10 employees, 40% are PhDs and around 20% are MScs.

Half of the biotechs in the country still benefit from incubators and technology parks. And of great importance are universities and research centers, since 95% of companies have a relationship with these institutions, and most of them established formal partnerships to co-develop products or processes, to use infrastructure, to hire services or to train personnel.

Public funding is also important to the development of the private sector: 78% of companies received public funds (FINEP, CNPq, BNDES and States Foundations), showing how important the policies concerning science, technology and innovation are in Brazil. On the other hand, venture capital investments are still a great opportunity, as only 14% of companies have venture capital investors.

40% of companies have patents deposited or issued, with most of them in the patent office in Brazil, and a smaller number in offices abroad.

The country also has a significant presence in academia. Some examples are agronomy (around 8,000 researchers, considering both faculties and graduate students), veterinary medicine (3,300), and biochemistry, pharmaceutical sciences and pharmacology (5,100).

Despite the agglomeration in some cities, other specialized areas are also very important: genetics (2,000), infectious diseases (1,600) and immunology and microbiology (1,500).

The Brazilian system of graduate studies is well structured, but is highly concentrated in some regions. There is a need to develop better interaction between the science and the private sector in order to increase the number of companies in some regions of the country.

(For more on the methodology, and for the report itself, go here.)

With all the incentives from the Brazilian government, a growing economy and good science we strongly believe that biotech will became an important economic sector for the Brazilian economy. We hope that a better understanding of Brazilian biotech helps investments and development of the private sector, policy formulation and new research on biotech in Brazil. Additional information about the recently created Brazilian Biotech Association can be obtained by going here.