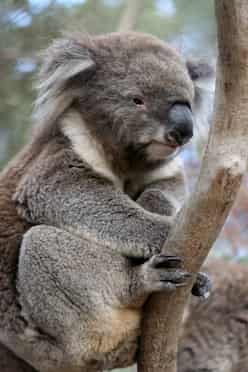 Australia has grown a busy biotech sector, but what awaits bioentrepreneurs in this small, geographically isolated country?

The Australian biotech industry was born in the 1980s, after researchers at the Walter and Elisa Hall Institute in Melbourne discovered colony stimulating factors (CSFs). However, that discovery was left unpatented, and it was Amgen that earned billions from drugs based on the technology. This was not the last mistake made by Australia’s biotech sector, but even with the larger issues that plague it today, Australia has a long list of native benefits to offer and one of the world’s more robust biotech sectors. Over a series of blog posts, we’re going to discuss what one should consider before launching a biotech in Australia.

Historically, the mining industry has been an important contributor to Australia’s gross domestic product (20% in 2014), so the country has a long legacy of risky investments. But in biotech’s early years, Australia’s investors often didn’t understand the risks associated with drug development, and many didn’t understand the difference between research and development – putting in just enough money to finish the research, but leaving nothing for development.

Another mistake concerned going public too early. The Australian Stock Exchange (ASX) has a low bar for listing, and thus is amenable to smaller companies. A company with a post-IPO market cap of A$10 million can list, something unseen in the US where a firm needs to be worth $100 million before listing. This sounds like a positive – a more forgiving public market – but Australian firms are forced to go public early because of a weak venture capital (VC) environment in Australia. As of 2014, Australia’s 88 ASX-listed biotechnology companies were valued at more than A$51 billion. Without suitable market caps, many of these companies are unable to raise additional funds.

The VC environment, as a percentage of GDP, is far behind the US. The Australian government is aware that private VC money is inadequate and attempted to fill the financing gap through programs such as the Innovation Investment Fund (IIF), where funding was matched by private investors, and Commercialization Australia. As of February 2014, Commercialisation Australia had invested A$213M in 503 companies, but the program was abolished in May of that year.

This shortage of angel and VC funds means that the early Australian sector is dependent on government tax breaks and R&D grants to help generate funds. That helps, but many firms fail because they lack enough money to reach a critical size, and because of a dearth of experienced managers.

Australia also suffers from too many tiny biotechs. The vast majority of university technologies would be better off licensed out, rather than formed into a start up. These small biotechs are often left floating, poorly capitalized and without strategic direction. Many would benefit from merging, but that’s not as common as it should be, as management often doesn’t have great vision and are more concerned with the continuity of their salaries than the firm itself.

Australian bioetchs often suffer from unfocused development, in that they do not ask the go-or-no-go questions early enough. The reason, it’s been suggested, is that if a CEO doesn’t have shares in a company, he or she won’t have a wholehearted interest in its success, and thus considering shutting down the company simply imperils the CEO’s job. Yet another aspect is that those very small companies are founded on a single invention, which means that ending a project basically ends the company. Furthermore, given the full disclosure requirements of public companies, announcing the stoppage of projects would likely crush a company’s stock price. So companies soldier on and drag out their failure. Millions of dollars have been wasted this way in Australia.

There is another issue: for an industry to be viable long-term, of course, shareholders must make money, but even when this does happen in Australia, there haven’t been enough success stories to encourage reinvestment, so money is rarely recycled. Often, if a company fails, the CEO cannot raise funds for another.

It’s true there are a handful of good firms with nice stories, such as Mesoblast, Sirtex Medical, Impedimed and Clinuvel Pharmaceuticals, but medium-cap Australian stocks have been pounded on the exchange (Table 1), even as stocks in the US have flourished. So while Australia has companies that are providing employment and are profitable, it has room to improve.

Table 1. Market damage in 2014 (Go here for this article by Mark Pachacz in full; it has been excerpted below.)