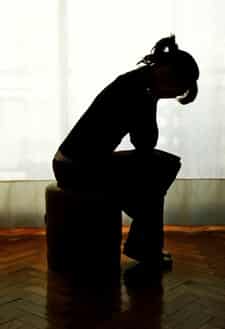 Leaving the bustling science scene in the United States can have its effects.

Dr. Shinya Yamanaka won the 2012 Nobel Prize for Physiology or Medicine, for his 2006-2007 work on induced pluripotent stem cells. I had a chance to hear him talk at the A*STAR Biopolis complex in April, where he gave a lecture on the recent progress in induced pluripotent stem (iPS) cell research. But at a smaller, 13-member session at Biopolis complex, he also spoke candidly with budding young scientists and junior faculty.

As I am about to start a tenure-track faculty position in Singapore, I asked Dr. Yamanaka what was the biggest challenge he faced as a junior tenure-track professor. He told me that after leaving San Francisco, where he’d made his big iPS discovery, and arriving in Japan, he suffered from “so-called PAD – Post America Depression.”

This was around 1999, and the scientific environment in the States was much better than in Japan, he said. In his lab at the Nara Institute of Science and Technology, he found he “couldn’t get good funding; I couldn’t get good support from other scientists.” And for the first three years, he couldn’t publish any papers. This eventually had him considering going back to the clinic, away from academic research.

Yamanaka said the scientific environment in Japan is “much better now, than 15 years ago when I came back.”  But he still advised that returning scientists keep good connections with the US, as “it is still clearly the center of science” and “most of the scientific papers are in the States.”  Keeping track of developments in the US helps motivate him, he said.

He had other bits of advice – don’t try to avoid mistakes, as they are part of the process; remember that running a lab is hard for everyone who does it – but I saw many heads nodding in agreement when he discussed his “PAD.” I also understand this, as I felt a palpable sense of loss when I left the labs at MIT where I had been for my Ph.D and post-doctoral training, and moved back to Singapore. I missed acutely my colleagues and collaborators at MIT, and I missed the atmosphere of urgency and innovation everywhere. This had me thinking this was more common that I had first thought, and I wondered if others have felt something similar.