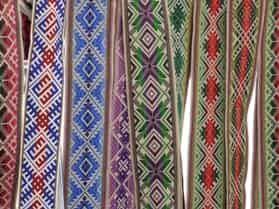 In the last week of January, I attended the Global Young Scientists Summit 2013, in Singapore. Modeled after the prestigious Lindau Nobel Laureates meeting held annually in Germany, the week-long Summit was organized by the Singapore National Research Foundation (NRF) under the theme of “Advancing Science, Creating Technologies for a Better World.”

About 280 invited post-doctoral fellows and PhDs attended talks, panel discussions and informal master classes. I spoke with Rendong Fang, a Ph.D. candidate in microbiology at KyotoUniversityin Japan, who studies the mechanisms of bacterial infection by Streptococcus pneumoniae. I also spoke to Andreas Braun, a computer scientist working at the Fraunhofer-Institut für Graphische Datenverarbeitung (Fraunhofer IGD) in Germany, who told me that ‘pervasive computing,’ where sensors and actuators are incorporated into the living environment, is the way of the future. Kelvin So, of the University of California, Berkeley, in the United States, told me he is working to use brain waves to remotely control prosthetic devices.

There were also participants from industry at the Summit, including Mingmin Wang, who graduated from Tsinghua University in 2007 and then joined GE Global Research in Shanghai, China, where he is now a lead scientist working on increasing the efficiency of solid oxide fuel cell (SOFC) systems.

The panelists suggested that the boundaries between scientific disciplines are becoming less distinct, as scientists try to answer complex questions that require expertise from various fields. Andersson said that the borders between physics, biology, chemistry, earth sciences and the like are becoming “a little bit blurred,” and he said that major scientific challenges “probably need more than one expertise.” Michel, a biochemist, noted that he himself is “already interdisciplinary,” and suggested that science needed more mathematicians in biology in order to make use of all the data. And Roberts talked about his journey from childhood passion in mathematics to an undergraduate degree in chemistry, followed by a doctoral thesis in molecular biology and a career in bioinformatics.

It’s been a recent trend to mix disciplines and hope the results will solve some of science’s stickier problems. But is it possible the pendulum has swung too far? Leggett told the audience the term ‘interdisciplinarity’ is often “abused.”

“I don’t myself feel it is a good thing for government committees and so forth to encourage interdisciplinarity for its own sake. Some of these committees – at least in my experience – seem to be under the impression that interdisciplinarity is a sort of sauce, which you can put on otherwise unpromising ingredients, to improve the whole collection,” Prof. Leggett said. “I don’t really think that is right. The problem with that kind of approach is that sometimes people get the impression that simply to attack a problem in biology for the sake of attacking a problem in biology is itself a virtue.”

This raises a lot of questions. Is the term ‘interdisciplinary research’ an administrative label, describing scientific dilettantes without a core? Or should cross-boundary research always involve a team of researchers from various backgrounds? Should granting organizations do a better job of recognizing singular expertise?