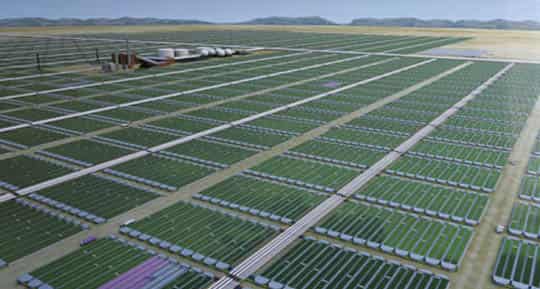 Investors, companies, governments and scientists around the world have invested significant resources to create a next generation biofuel that reduces dependencies on fossil fuel, opens up new business opportunities and helps protect the environment. While the early generations of biofuels needed agriculture (e.g. sugar cane) and thus competed with food and feed, next-generation microalgae do not require arable land or freshwater to grow and thus do not compete with food crops. They also produce higher yields of oil per hectare of land, produce a higher-quality fuel product and can produce non-fuel high-value products (HVP), such as biopolymers, proteins, animal feed (Spolaore et al., 2006, Waltz 2009). If technological processes can be developed, the potential benefits of engineered algae include the production on non-arable land of biodiesel, methane, butanol, ethanol, aviation fuel, and hydrogen using waste or saline water as well as CO2 from industrial or atmospheric sources.

This promising outlook led to a number of government subsidies and regulatory changes favouring the production of algae biofuels in the US and Europe.[1] Seen as a kind of green gold, a number of companies rushed in to claim their stakes.

Companies tout their scientific capacity to resolve major challenges dealing with algae genomics, metabolism and harvesting. While this is important, another maybe even bigger challenge comes form the markets. Initial calculations by Waltz (2009) predicted that algae production systems will be economically feasible only if the price for one barrel of oil remains consistently above $70 and if the production systems entail an area of at least 200 ha (about 500 acre). Economically successful algae biofuel production facilities thus have to be large scale by definition. Such limitations do rapidly reduce the number of algae biofuel companies. While companies like Solazyme and Sapphire Energy are still on track, others dropped out. In 2010 Aurora Biofuels changed its name to Aurora Algae indicating that it would no longer pursuit the production of biofuels, since they were not able to increase production efficiency to an acceptable level.[2] In 2012 another “hot” biofuel company, Amyris, declared that it would shut down its biofuel R&D for lack of progress[3], sending its stock quote down.

The decision to leave biofuel production was clearly brought about by extremely ambitious aims for productivity increases colliding with the tough economic limitations mentioned above. The message sent to bioentrepreneurs seems obvious: unless you have access to world-class science combined with massive private and public financial support there is hardly any opportunity in the algae biofuel market. Plus, those players who continue to focus on large-scale algae biofuel production facilities will encounter uncertain public and regulatory pressure.

While many high-tech pilot plants are realised as fancy and expensive closed-circuit photobioreactors, these can hardly be lucrative in a real-world 200ha plus scale-up. Instead, cheaper and less maintenance-intensive open ponds will have to be used, which raises the issue of environmental risk assessment. It turns out that little is known about the interaction of heavily engineered algae strains with the environment. In a recent Nature article by the Woodrow Wilson Center for International Scholars (WWCIS) together with Alison Snow, a four-step plan was presented to avoid a synthetic biology disaster through environmental release of heavily re-engineered strains, reflecting the regulatory uncertainties[4]. Environmental organisations such as the ETC Group also are gearing up to raise public pressure against open production systems.

Does that mean the green gold rush is over? Not really. Microalgae production systems still hold great promises for bioentrepreneurs. While biofuels are clearly in the “bulk chemical/small margins” category, fine chemicals and HVPs bring much higher margins. Production and extraction of one or more HVPs – for example, ß-carotene at 0.1% of biomass, which brings $ 600/kg, and selling the remaining biomass as feedstock (e.g. soymeal or fishmeal substitute) – remains a lucrative bio-business opportunity. Such undertakings will need only small or medium-sized plants, and can afford the use of precision instruments like photobioreactors, conveniently avoiding the uncertainties with respect to environmental release of engineered super-algae. Aurora Algae is doing it, and Amyris, too. The envisaged product list ranges from pharmaceuticals to food additives and even products for the beauty industry. While the window for successful algae biofuel start-ups is closing, there is plenty of room in the HVP sector.

These comments are taken in part from the upcoming book, Synthetic Biology, which can be found here.