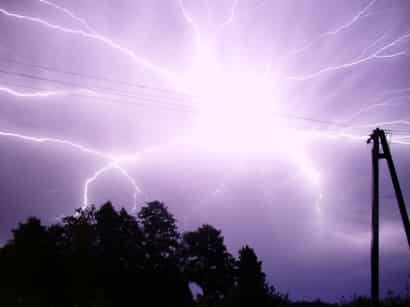 Two old pals, once classmates at Minami-Oei Primary School in Osaka city of Japan, never would have dreamt that they will jointly work to develop a commercially successful disinfectant six decades later. One of them, Sunao Kubota, became a physician and professor of General Surgery in St. Marianna University School of Medicine, and the second, Nobuyuki Yamaji, became an electro physicist with Kyoto University.

Yamaji was working on the implications of electric shock or lightning on plants and mammalian tissues, and Kubota was busy with his surgical work, trying to find a solution for his skin-allergy to alcohol. It was a casual meet-up in their native town a decade ago when they got to know each other’s work, with Yamaji describing to Kubota how plants and mammalian tissues secrete a unique layer of fluid after getting hit by lightning or electric current. Yamaji wasn’t sure of the significance of that layer of fluid, but as an electro physicist, he was thinking that the tissues might produce the secretions to neutralize the effects of the electric current. However, Kubota went back to his office and started analyzing of the ingredients of the secretion.

Eureka! One morning Yamaji got a call from Kubota saying that the significance of the secretion might be to prevent the entry of pathogens through the dehiscence made by the exit or entry of the electricity. For the next 10 years, Yamaji and Kubota worked to isolate the ingredients of the secretion, one of which was a form of citric acid, an ingredient of several food additives.

As their novel molecule could kill pathogens, Kubota didn’t have to depend on alcohol-based hand disinfectants when entering the ICU, and beyond that they have now made a multipurpose, alcohol-free product that can not only cleanse the hands, but also disinfect clinics, isolation units, operating rooms, etc. When they found out that their product could effectively destroy the influenza viruses (including the avian flu strain H5NI), they convinced the Japan Railways to spray their product inside the coaches of the trains during flu seasons. Today, a Japanese multinational company is selling their product with a brand name “Clinister” all over the world.

Kubota, a retired professor of general surgery, and Yamaji, a retired scientist, have become partners in a new business, which possesses the IP rights of their inventions. They have outsourced the manufacturing of their product to a pharma partner, and the exporting is done by a trading company. They have joined with companies in Asia for packing their products, and now are looking forward to a worldwide blast.

As I was reading the story on synthetic biology of Ham Smith and Clyde Hutchinson, I was reminded of Kubota and Yamaji.

I decided to give the title “Electric Biology” to this post about two septuagenarians who found a solution in biology from an original research on electric shock and lightning.

Though their association is from childhood, what has opened this new product to the world was their open-ness to discuss with each other their professional issues, even though they work in separate specialties.

Out-of-the box ideas and solutions are possible only when you share your problems with people out of your specialty; when you do so, solutions will pour in.