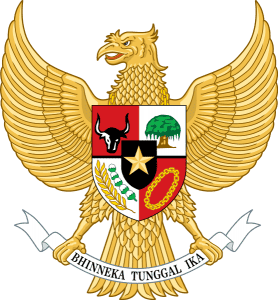 Many have heard of this country but there’s a good chance most don’t know much about it.  It has impressive inherent characteristics:

Up, up and away

So why have you not heard more about the country? Three words: China and India. In the past 15 years or so, when China and India were grabbing economic headlines, Indonesia was struggling politically and economically. It was the country hardest hit by the Asian financial crisis in 1998, so much so that the autocrat that has ruled it for 30 years was kicked out of office and along with him a lot of the political and economic certainties that were taken for granted. Much growth was therefore put on pause. It has remarkably reinvented itself since then, holding 3 successful presidential elections, stabilizing the economy and slowly weaning itself off of an expensive fuel subsidy.

For foreign firms constantly looking for growth in emerging markets, Indonesia is starting to appear on their priority radar screen. This is especially true in healthcare, where the annual spend per capita is expected to increase in the mid- to high-teen percentage and therefore yield tremendous opportunities. Both specialty medicine and generics are expected to expand, the former due to the rapid increase in middle class population, and the latter because of the establishment of a national healthcare insurance expected to go live in January 2014.

Like many countries on the path toward more prosperity, Indonesia is figuring out what it should do to stimulate a local biotech industry. It is in an interesting position because it is a relatively latecomer to the game and therefore is able to learn from other countries’ experience.  A lot of the focus thus far is on leveraging the amazing biodiversity of the country and on manufacturing well-established products (such as vaccines) to the masses.  The government recently established a think-tank for innovation named the National Committee on Innovation (KIN), whose mandate is to advise the president on the process to make a knowledge-based economy.

Within the health sector, the Ministry of Health is also constructing a roadmap for the development of biotechnology-based raw material (in which I act as an advisor).  I believe the most efficient short-term solution is to license-in established technologies and products for local manufacturing, thus short-cutting the upstream development work. This will also emphasize the concept that all research and development must lead to a viable product within a specified period of time.

Once the industry is comfortable with this concept, it can then start licensing less mature technologies for development in the country. This will accustom clinicians and researchers to be more comfortable with the intricacies of product development and, if necessary, clinical studies. Once this is accomplished, basic research should start naturally.

How fast will Indonesia go?

I believe manufacturing of established products in Indonesia is a foregone conclusion: it will happen, perhaps sooner than later. Licensing-in novel products for marketing, development and clinical study will be the next exciting step and is an opportunity the country is constantly pursuing.

As an emerging economy that has a democratic government, Indonesia faces many issues.  It is, however, looking enviously at its fast developing neighbors and I suspect it will institute policies conducive to more technological industries. It is our hope that biotechnology will be a part of it.