Fooling around with the brain

Patients with amputated limbs often start suffering, within days or months of amputation, from phantom limb pain (1). Phantom limb pain (PLP) can range in intensity but, when symptoms don’t diminish within six months, there is often very little improvement later in life. In its chronic form, this incurable condition causes strong, often excruciating pain, perceived as electric shocks, stabbing, crashing, cold or burning sensations in the missing extremities. This condition is thought to originate from peripheral neural connections and reduced inter-hemispheric functional connectivity. In essence, the brain circuitry is hard-wired during development into receiving signals from the missing limbs and reacts to the absence of somatosensory stimulation by overcompensating in neural activity that is perceived as pain (2). So the pain is real, yet the limb is not.

This condition has no medication, and PLP patients are often prescribed with antidepressants, anticonvulsants, as well as anaesthetics. A variety of non-invasive auxiliary analgesic methods have been developed, including heat or cold therapies, aiming to alleviate and distract the brain from the pain. A further approach works by tricking the brain into “finding” its missing limb. One such method, transcutaneous electrical nerve stimulation (or TENS), involves stimulating the stump with myoelectric activity that can be engineered for different functions. In this case the brain does in fact receive an electrical stimulation from the residual limb. Another method that has proven successful at relieving somewhat the condition is mirror therapy (3), where the patient is placed orthogonally to a mirror and the brain is again tricked into perceiving the corresponding contralateral limb as its missing counterpart. However this approach is unsuitable in double amputees.

In the December issue of The Lancet, Ortiz-Catalan and colleagues present results from a study on clinical cohort where phantom-limb pain is alleviated using augmented reality and serious gaming. The principle is fairly simple; the use of visual feedback is developed to provide the patient with a virtual version of their restored body. The trial, a collaboration between the University Hospitals in Gothenburg and Örebro, the BräckeDiakoni Rehabcenter Sphere in Stockholm and the University Rehabilitation Institute in Ljubljana was performed on 14 patients with partial amputation (transhumeral, transradial or bilateral) of the upper arm as a follow-up of the authors’ proof-of-concept studies (4,5). The patients had been suffering from PLP between 1.8 to over 10 years and had reported no further benefit from clinical standard treatments. 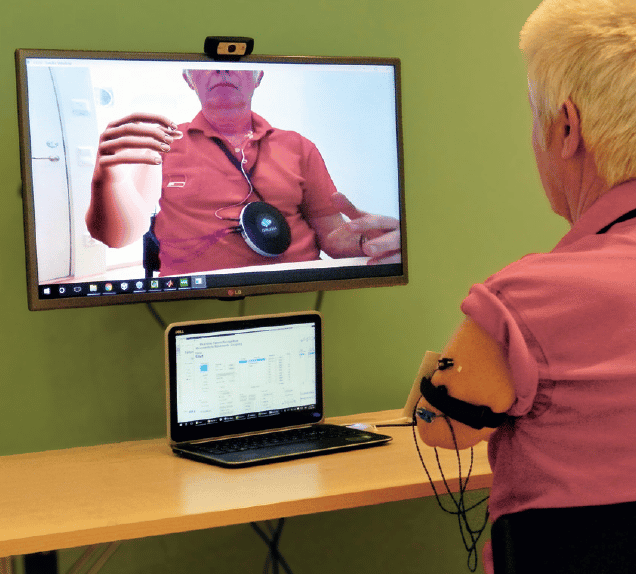 In the protocol developed by the authors, the missing limb was controlled by myoelectric pattern recognition, and a fiducial marker in the stump provided anatomically correct visual feedback on a screen, providing the illusion of body completeness. The method therefore adopts the approach of mirror therapy for visual replacement but allows the use of muscular function of the stump, rather than requiring that of the contralateral limb. This means the brain can receive simultaneously balanced signals from both hemispheres resembling ‘normality’. The training progressed in stages with elevated difficulty as the machine learning algorithm was progressively tuned to respond to muscular signals and infer motor volition. Once the method is trained for each amputee, the patients get to practice using their virtual extension and attend therapeutic gaming sessions where their phantom limb is used to drive a racing car. The trial run for a total period of 12 weekly sessions and the incidence and type of pain was monitored for up to six months. 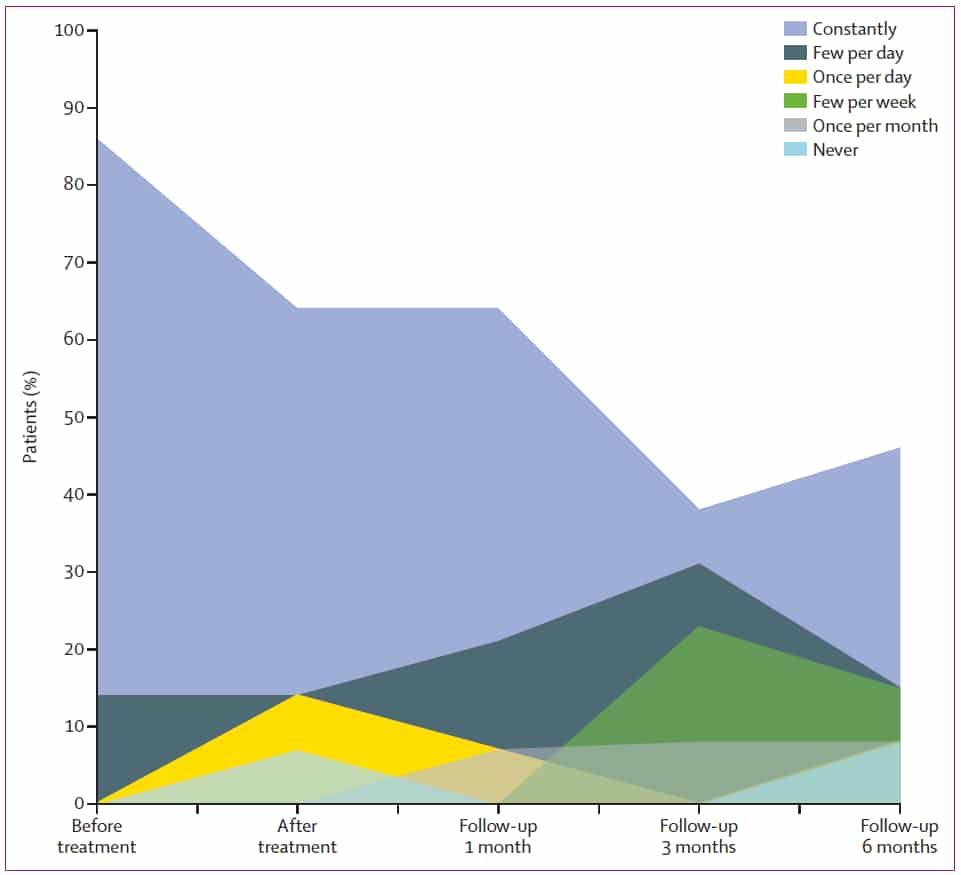 The results were striking as the promotion of phantom motor execution reduced PLP by 50% for up to six months after the therapeutic window and decreased by a further 50% how much the pain affected daily activities. As the authors point out, a placebo effect might in part account for these results; however, the persistence of absence of pain can nevertheless be considered an important result, also in view of the absence of any secondary negative side effects. Furthermore, the placebo effect works by convincing a patient that a fake treatment is real, in which case convincing a patient that a fake limb is real fits the description yet not its negative connotation.

There are occasions in which the brain really does need fooling with, and it’s no bad thing.

The potential implications for this therapeutic strategy are its extension to target a range of neuromotor impairments such as those caused by neural damage following a stroke. In its present form, the learning algorithm requires signal input from central and peripheral motor circuitry, but even this limitation may be soon overcome. Importantly, although further clinical trials will provide evidence as to whether the treatment efficacy can be generalised, this study nevertheless underlines the power of the visual circuitry in controlling brain plasticity.

I have a BSc in Molecular Biology, an MPhil in Biophysics and a PhD in Molecular imaging with postdoctoral experience in cancer diagnostics and therapeutics. My research mostly focused on convergence of knowledge from different fields, aimed at industrial and translational applications. I handle mostly (yet not exclusively) manuscripts on imaging sciences, nanotechnology , cancer and neuromodulation.