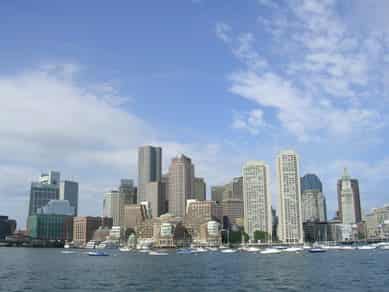 Nature Biotechnology is again headed to the BIO Convention, happening June 18-21.  We’ll be posting to Trade Secrets while in attendance, as well as tweeting (@naturebiotech) on the #BIO2012 hashtag. Personally, I’ll be attending sessions that look at some of the more far-flung areas of biotech, and I’ve set up some one-on-one meetings that should be of interest to Trade Secrets, so I’ll pass along what I can.

Last year I posted some background on the BIO Convention itself before the conference began.  This year, let’s focus on the host city.

A recent census tells us the city covers about 48 square miles and more than 600,000 people within city limits, but that swells to above 4.5 million when including the Greater Boston area, ranking it 10th among US cities by population (or so says Wikipedia).  It’s a cold-weather city and can get pounded by blizzards, but the average June temperature is a quite comfortable 77° (F)

It has a strong history among the Irish, especially in Southie, and hosts a lively St. Patricks’ parade (they are already prepping for 2013).  It was home for the infamous gangster Whitey Bulger, recently nabbed by FBI but also dramatized on the big screen in Scorsese’s Oscar-winning film, The Departed.  Boston’s professional sports teams have represented the city well, with the Celtics last winning a title in 2008, the Red Sox in 2007, the Patriots in 2005 and the Bruins winning the Stanley Cup last year.

But most importantly for this blog, the Boston area is home to, arguably, the United State’s most vibrant biotech scene.  Data from Ernst & Young’s Beyond Borders report from 2011 show that New England biotech (consisting primarily of the Boston area) had 45 public companies in 2010, second only to the San Francisco Bay Area, with 65.  Though having 20 less companies, those New England firms had a combined higher market cap than the SF conglomerate ($63.6 billion vs. $58.6 billion) and just slightly less revenue ($12.4 billion vs. $13.5 billion). Walking through Cambridge means strolling by Genzyme, Biogen, the Massachusetts Institute of Technology and Harvard University.  It’s hallowed biotech ground.