We had just returned from a retreat in San Diego with our long-time collaborators, the Sailor and Ruoslahti labs, with whom we shared research and brainstormed new ideas. Once we were back at MIT, it dawned on us that it was the right moment to execute an idea that had been brewing in our minds. Ester was a postdoc interested in developing cell-specific nanoscale technologies, mostly for nucleic acid delivery. Jaideep was a graduate student who was engineering tools to probe proteases in pathological states. We were both interested in how nanomaterials interact with the healthy and diseased tissues of the host, and how that interaction dictated outcomes1. In particular, we had been thinking about strategies to improve the sensitivity of diagnostics2. We were standing in the hallway discussing ideas that came out of our retreat; literally, we compared our notebooks (Fig. 1), and realized that we had converged to the same conclusion: we should test the hypothesis of whether greater access to tumour tissue and tumour-cell specificity3 would improve sensitivity of our lab’s diagnostic technology, known as ‘synthetic biomarkers’4. 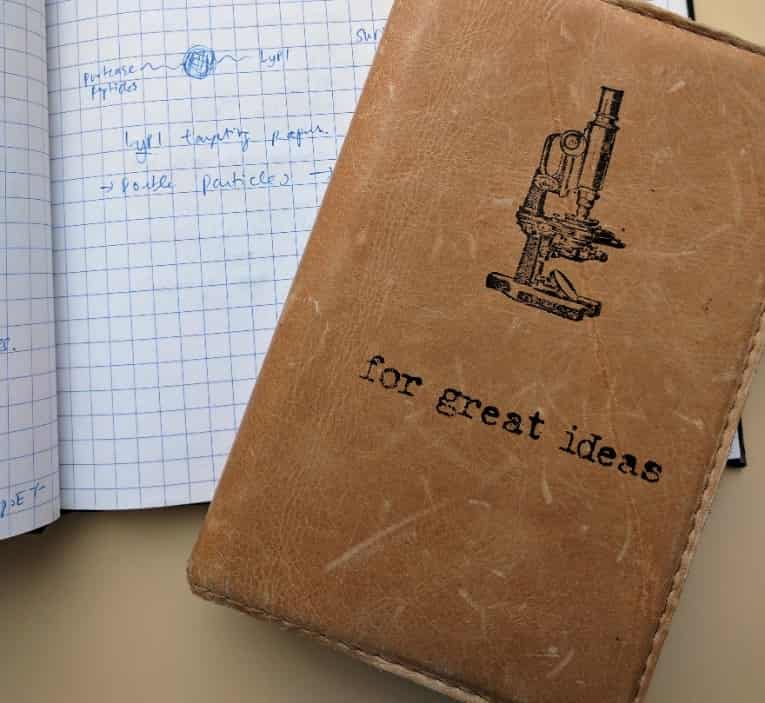 Figure 1. Ester's and Jaideep's notebooks with sketch of tumor-penetrating nanosensor.

Two months later we had our first pilot experiment completed. This was enabled by what our advisor Sangeeta Bhatia calls “tinkering time” — she explicitly states that 20% of our time in lab can be spent exploring curiosity-driven ideas. We tested our hypothesis by designing a nanoparticle with an iron oxide core and that displays tumour-penetrating ligands5 and protease substrates, via polyethylene glycol (PEG) tethers (Fig. 2). When we tested them in a subcutaneous flank tumor model, the result took us by surprise — the magnitude-fold change improvement in urine signal from nanoparticles with tumour-penetrating ligands was much greater than what was expected on the basis of nanoparticle tumor accumulation. Another observation was that even without tumour-penetrating ligands, our technology appeared to have sensitivity beyond what we had previously observed. The major difference was that we had used a PEG linker to couple our substrates to the surface of the iron oxide because of the requirements for chemical handles. This observation led us to wonder whether the length of the PEG tether mattered for protease-substrate display. Although PEG length has been studied in other contexts, in particular related to nanoparticle stability6 and to interactions with tissue7, it had been little explored for optimizing enzyme kinetics. What we found was that cleavage rate did depend on the PEG tether length, and moreover that it differed depending on the protease. By following our observations, we stumbled upon a new engineering knob to control cleavage rates that could be readily applied to other protease-related applications. 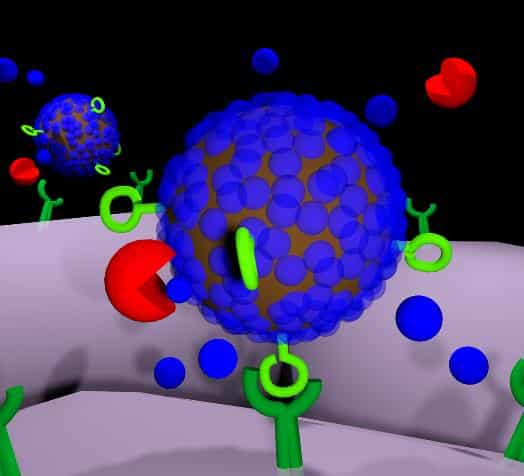 
Our laboratory is part of the Koch Institute for Integrative Cancer Research — an interdisciplinary environment with biologists and engineers. In addition, Sangeeta makes conscious efforts to include physician scientists in our group so that clinical needs drive our technology. This creative and supportive environment drove us to test our technology in models that explore several aspects of cancer biology — from an orthotopic xenograft model of human ovarian cancer, to an immunocompetent syngeneic colorectal liver metastasis model, to human cancer biopsies. Going forward, as the research community continues to gather information on molecular signatures of protease activity in cancer, we think that building diagnostic technologies that can stratify tumours on the basis of activity in concert with targeted therapies is an exciting opportunity for precision medicine. 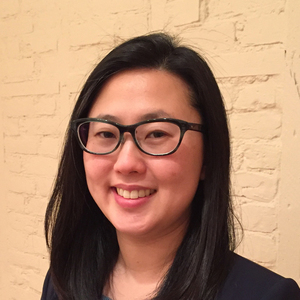